Ski-VM action in town as well

Thousands of skiing enthusiasts have been in Oslo for the FIS Nordic World Ski Championships (Ski-VM) during the past week, and not all the action is taking place at the arenas or on the trails around Holmenkollen. The medals ceremonies have been taking place downtown every evening, while the surrounding urban area has been transformed for “after-ski.” 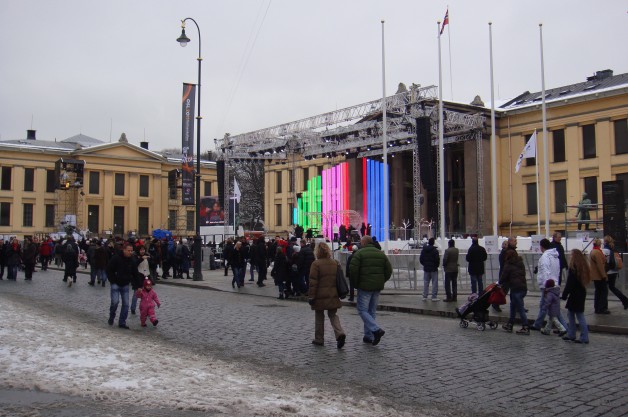 Crowds mills around the stages where medals are handed out and national anthems sung in the evening. This area (above) also is the site of daily concerts and wide-screen coverage of events at Holmenkollen. 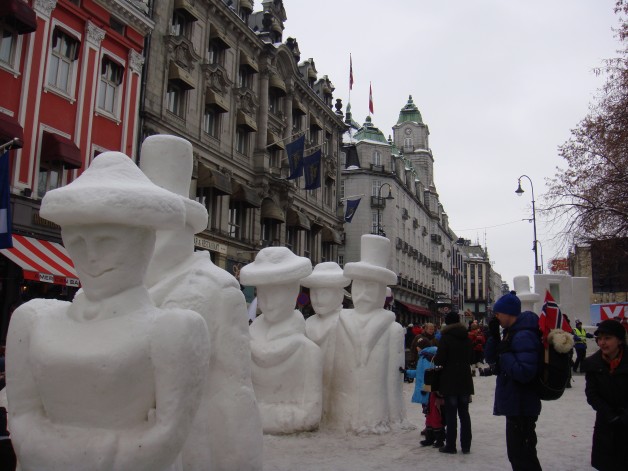 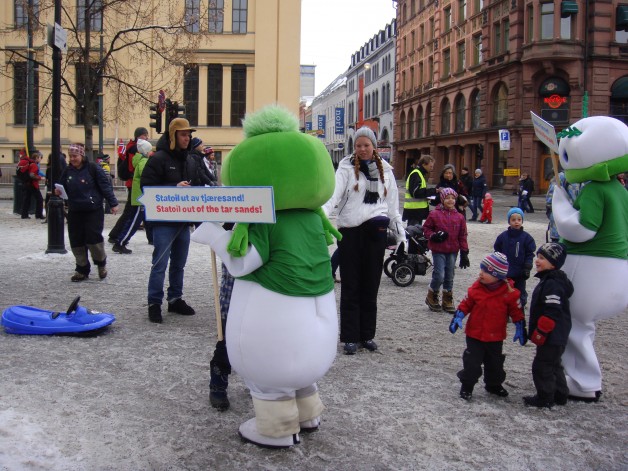 Mingling with the crowds over the weekend were these two unusually clad demonstrators, modelled after the Ski-VM mascots. They were protesting Ski-VM sponsor Statoil’s involvement in a controversial oil (tar) sands project in Alberta, Canada. 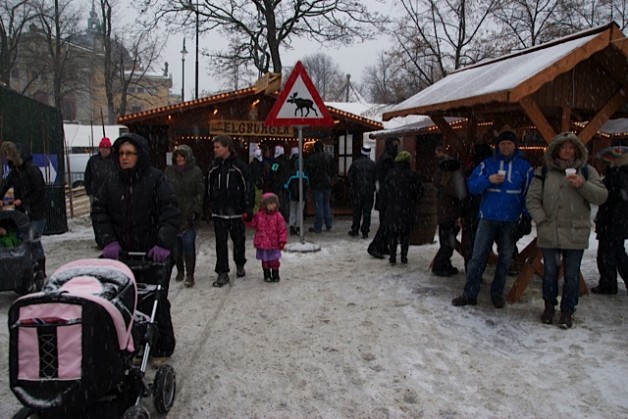 And in the middle of all the action downtown is a temporary village set up of log cabins and tents, selling food, drink and Norwegian products. There’s also been a mini-ski jump set up on the City Hall plaza for children to try their luck, in addition to various street entertainment. ALL PHOTOS: Views and News