PHOTO FEATURE: Some joked that it was one of the “best-dressed” demonstrations in Norwegian history, when hundreds of art enthusiasts including several celebrities and wealthy investors gathered Tuesday evening in front of City Hall. They want city politicians to stop quarreling and start building a new Munch Museum on the waterfront at Bjørvika. 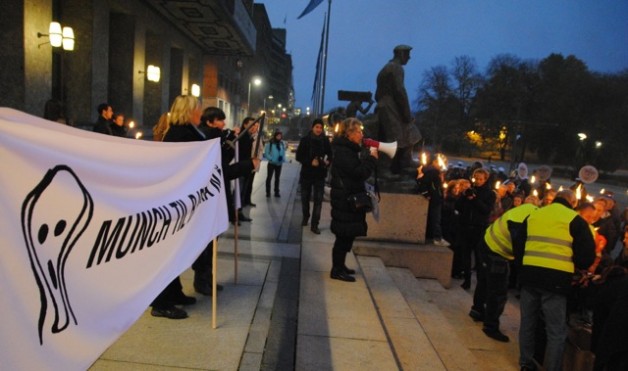 The protesters defied chilly autumn temperatures to light torches, listen to an appeal and march from the plaza in front of City Hall to Bjørvika on Oslo’s eastern waterfront that’s under redevelopment. That’s where they want a new Munch Museum to rise, near the existing Opera House. 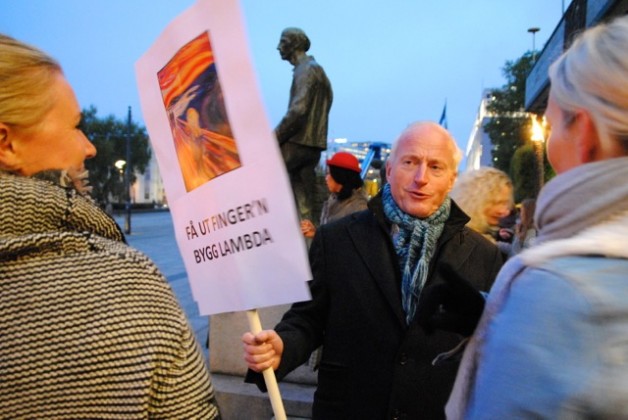 Supporters of the site at Bjørvika, including real estate investor and art enthusiast Christian Ringnes, called the protest “A Scream for The Scream,” referring to Norwegian artist Edvard Munch’s most famous painting. They contend a new museum at Bjørvika, called “Lambda,” will complement the Opera and allow for much faster construction and completion, since the area already is zoned for such development. 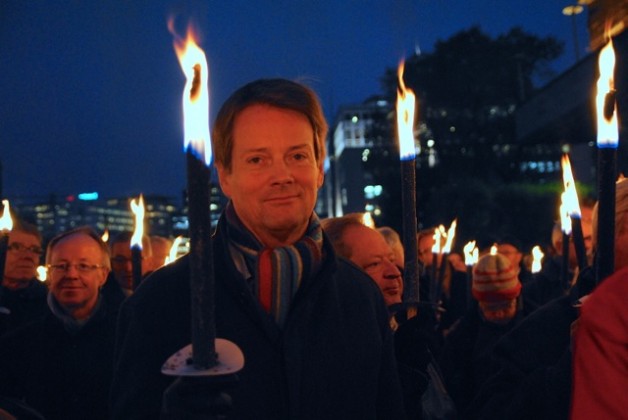 Many demonstrators also claimed that a new museum at either of the alternative sites (where the old and inadequate Munch Museum is now at Tøyen and at the existing National Gallery) would cost just as much as a new landmark building at Bjørvika and not be completed until 2023. Joining the marchers Tuesday evening was Audun Eckhoff, director of Norway’s National Museum, which has plans of its own to move into new quarters at a site behind Oslo’s Nobel Peace Center. 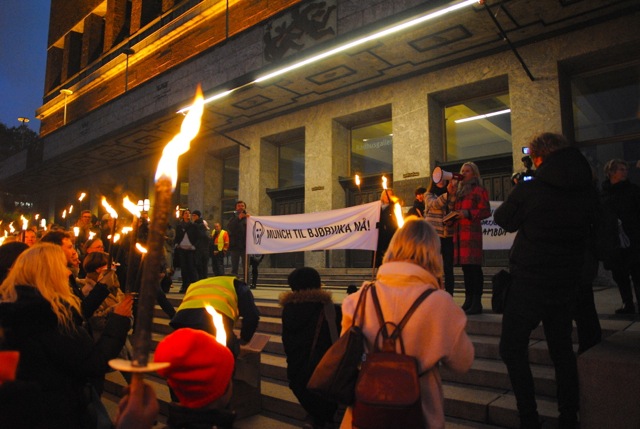 Politicians responsible for the huge collection of Munch’s paintings that the artist himself willed to the city didn’t seem particularly moved by the march. Christian Tybring-Gjedde of the conservative Progress Party, which withdrew its support for the Bjørvika site when it lost city government power last year, all but made fun of the march, calling it “a peculiar performance, when the cultural elite and over-class march to get a building.” He told newspaper Dagsavisen that he doesn’t think the majority of Oslo residents are “so impatient that they can’t wait to go to the Munch Museum.” Libe Rieber-Mohn of the Labour Party, which is effectively allied with the Progress Party in blocking the Bjørvika project, said she still didn’t think it was the best alternative. Labour wants to re-build at Tøyen, while the Progress Party wants the Munch Museum to take over the National Gallery site. 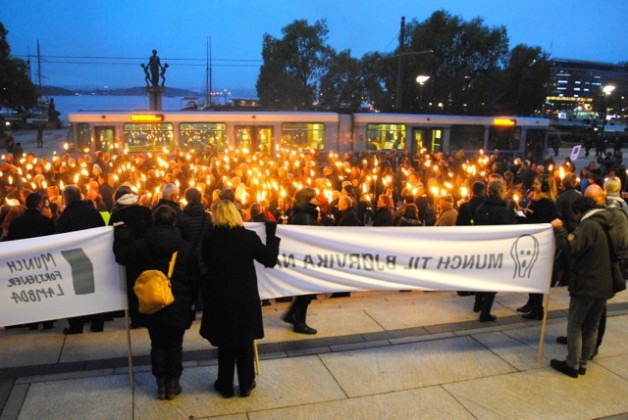 Other politicians took the protesters more seriously. “This is a fantastic initiative,” the leader of the Liberal Party, Trine Skei Grande, told newspaper Aftenposten. “This shows there are folks in Oslo who show commitment to their city. That should be taken seriously.” More political debate on a new home for the Munch Museum is due in December.