PHOTO FEATURE: Oslo Mayor Fabian Stang was among all the Norwegians who turned out in huge numbers on Saturday to celebrate their constitution’s bicentennial. Stang wanted to make sure the city government members’ “hurrahs” were loud enough as they led off the parade in the capital. 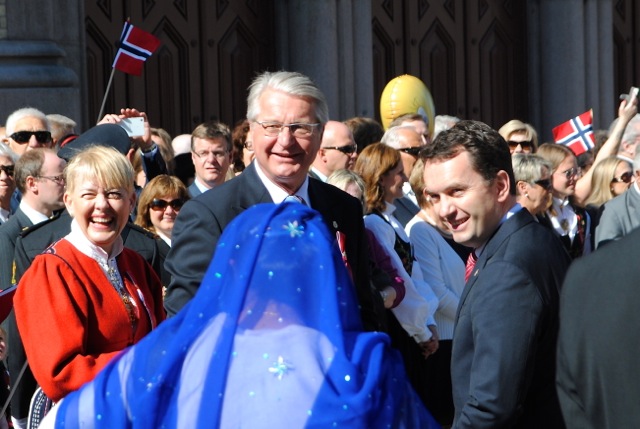 In addition to being mayor, Stang headed Oslo’s 17th of May Committee, in charge of organizing all the official events for the day. After addressing the President of the Parliament as the parade passed by the building he jokingly led a second round of traditional “hipp, hipp hurras” (Norwegian style, and spelling), to make sure everyone was satisfied with their strength. At right, Stian Berger Røsland, the head of Oslo’s city government. 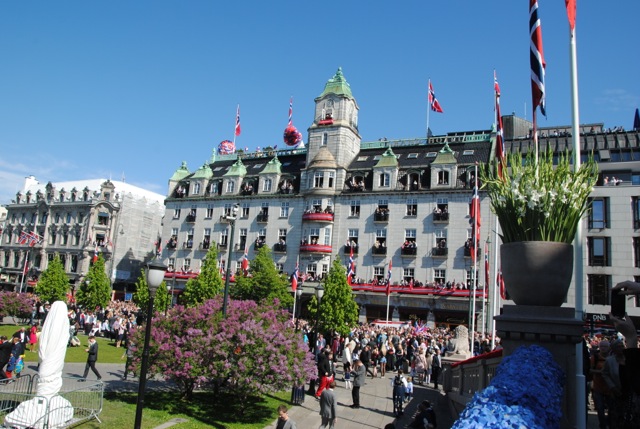 The Parliament building itself was decorated with red, white and blue flowers, and the Grand Hotel across the street, its balconies filled with celebrants, was decked out in the flag’s colours as well. At left was the still-covered-up statue of Denmark’s Prince Christian Fredrik, who served briefly as Norway’s new king after the constitution was signed in 1814. The statue was to be formally unveiled by Queen Margrethe of Denmark on Sunday. 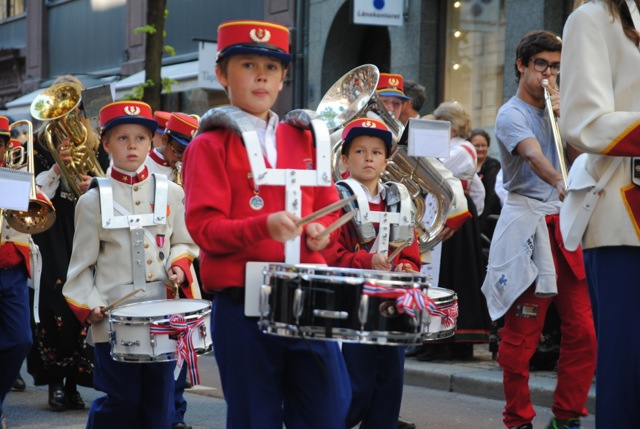 Children remain the stars of the 17th of May, and their parade lasted for nearly four hours this year. Linderud School led off the parade in Oslo, since it’s been celebrating its own 50th anniversary this year. Another 116 schools, with all their students and teachers, followed. 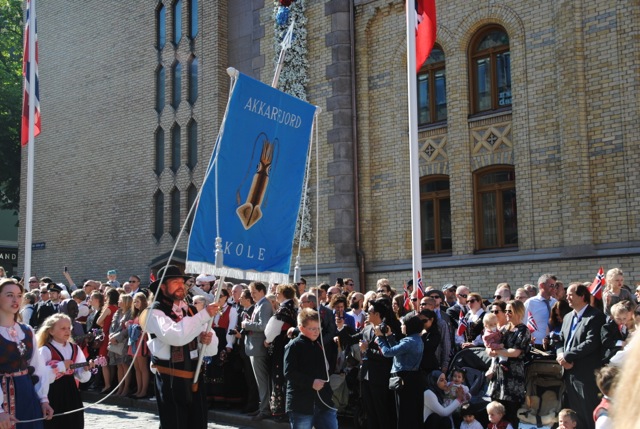 Among them was a notable addition to the schools from Oslo: The small Akkarfjord School from Sørøya, near Hammerfest, in the far north of Norway. It’s the first time a school from outside Oslo was allowed to take part in the parade, and 13 of its students traveled to the capital to celebrate the bicentennial. They also were among 1,000 students invited by Mayor Fabian Stang for hot dogs and cake inside Oslo City Hall after the parade, and to play with 3,600 balloons due to be released from the ceiling. 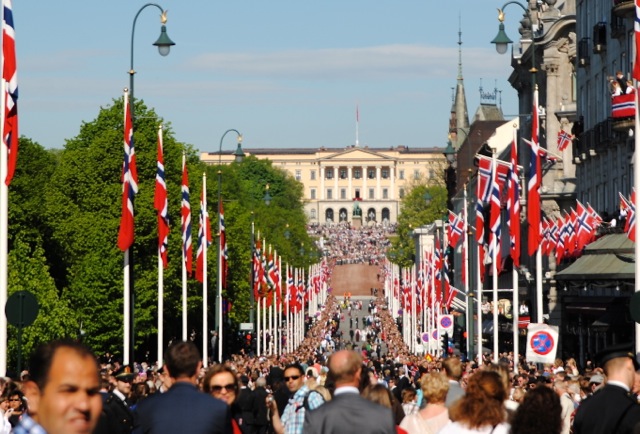 The parade route runs from the grounds of the Akershus Fortress and Castle over to Oslo’s main boulevard, Karl Johans Gate, and up to the Royal Palace. Crowds this year seemed to approach a new record, but no exact numbers were available. 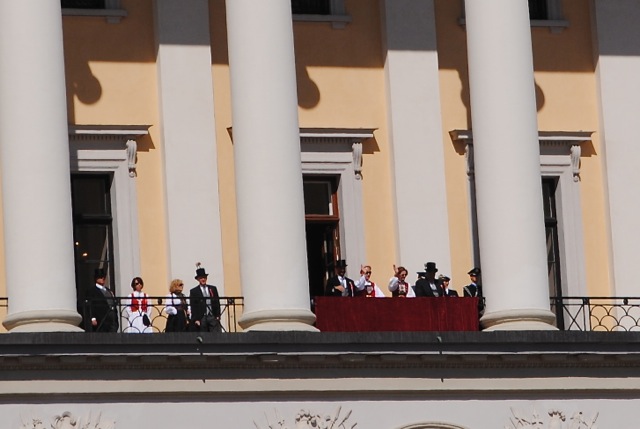 Norway’s royal family, now featuring a few children itself, was waiting to greet the parade on the balcony of the Royal Palace. They stood waving on the balcony from shortly after 10am until nearly 2pm. And then the real holiday partying began for many.