PHOTO FEATURE: After an unusually cold spring, even for the Arctic islands of Svalbard, summer has finally showing some signs of its arrival. The Midnight Sun has been shining brightly and around the clock for many weeks already, but only now is it offering a bit of warmth as thermometers creep above the freezing point. 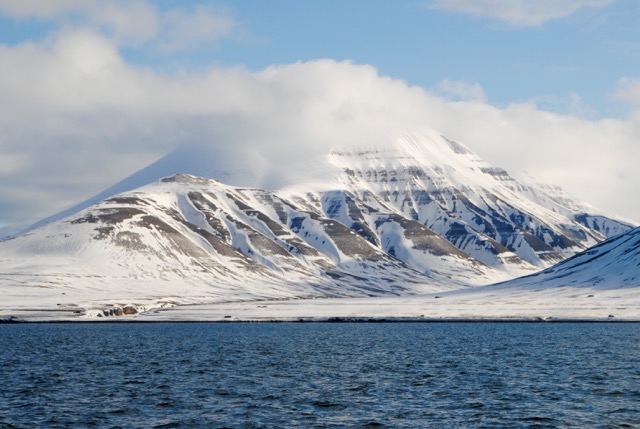 The scenery around Svalbard is spectacular almost anytime of the year, also during the dark Polar Winter, but it’s now when the skies and the seas can be brilliantly blue and the mountains still white, that the contrasts are particularly clear. This photo was taken just outside Longyearbyen, the main settlement on Svalbard’s island of Spitsbergen. 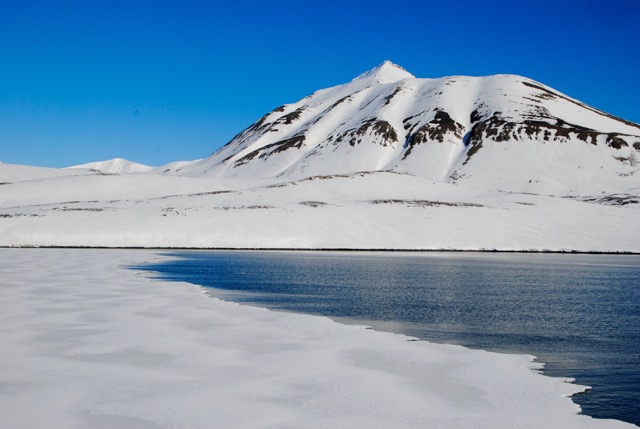 The ice on the fjords is also receding, which is a problem in this era of global warming. Seals and polar bears are losing much of their territory, with  researchers based in Ny Ålesund on Spitsbergen monitoring and measuring the ice all the time. One bright spot has been the recent spottings of blåhval (blue whales) back in Svalbard waters. They were nearly hunted to extinction. 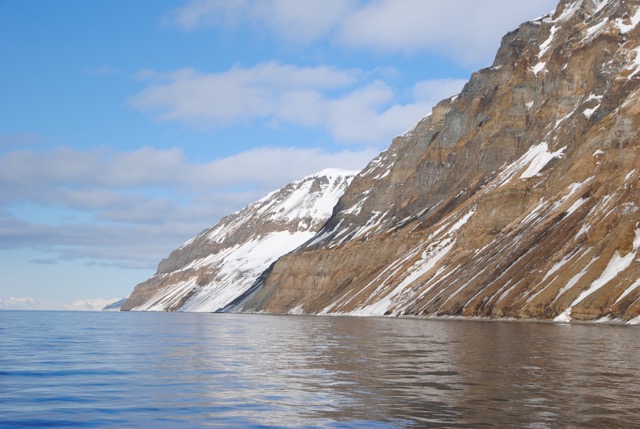 After an unusually warm winter that even brought extraordinary rain in December to an otherwise dry area, local residents said that winter seemed to take a grip when it should have been spring. Now some of the steep slopes near Barentsburg are losing their snow and ice, and birds were returning to nest. 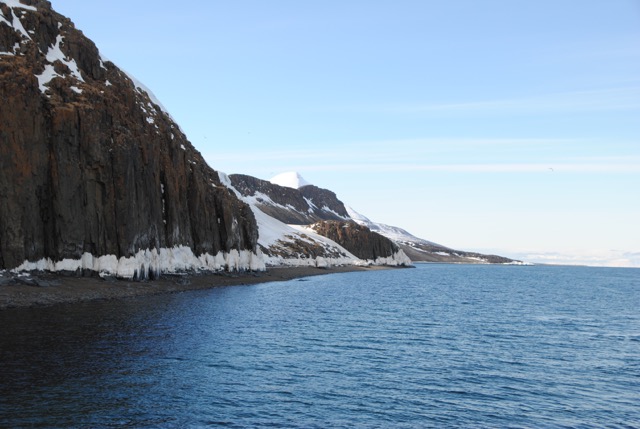 The cliffs along the Billefjord were also losing their snow and the narrow beach emerged, just in time for passersby to witness the harsh reality of nature: 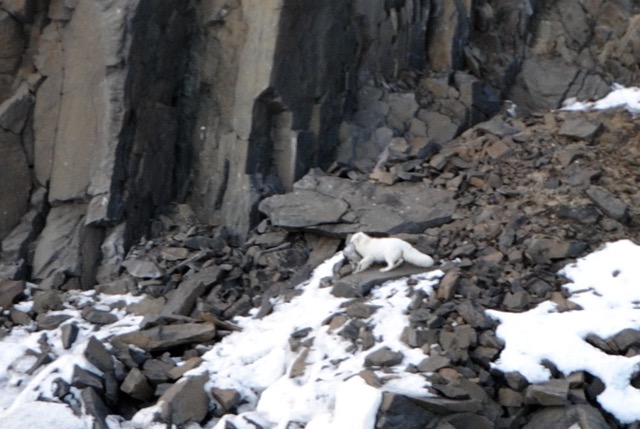 A polar rev (Arctic fox), still in its white winter fur, managed to catch one of the seabirds, and run off with it for a midday lunch. 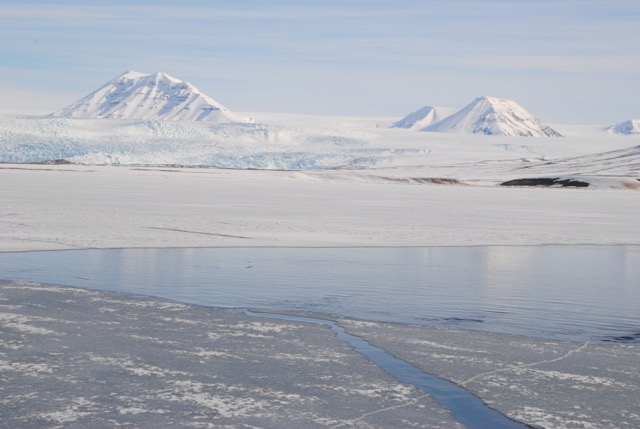 The area otherwise was quiet and peaceful, like here at the Nordenskiøld glacier.