Many Norwegians are so careless with their passports that they wind up needing new ones issued in a hurry. Now they’re going to have to pay dearly for them. 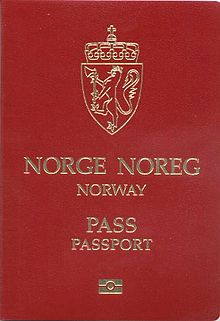 Police plan to hike the fees, perhaps even double them, for what’s been called nødpass (emergency passport). They’re most often issued at Norway’s main airport at Gardermoen, to Norwegians heading abroad who either forgot their passports at home or neglected to keep track of their expiration dates.

The replacement passports issued in a hurry will also be called “express” passports, with longer dates of validity than the current “nødpass.”

Norwegian Broadcasting (NRK) reported Thursday that around 30,000 emergency passports were issued last year and now the authorities want to try forcing Norwegians to take better care of their red-covered documents of citizenship, by doubling fees.

Tom Fjæstad, section chief of the police station at Norway’s main airport at Gardermoen, said distressed Norwegians begin showing up as early as 5am. They have tickets on an early flight, but airline personnel won’t issue boarding passes without valid passports.

“Sometimes they’ve forgotten that their children’s passports are good for only five years, and have expired,” Fjæstad said. “Other times they’ve taken another family member’s passport.” His colleague Mariana Haugen said most are “very stressed” and some have been through the routine before.

“Then I’m often a bit strict, and tell them, ‘hey, you’ve had an emergency passport issued before,'” Haugen told NRK. “‘Maybe it’s time to sharpen up a bit?'”