Parliament to open office in Brussels

Norway still isn’t a member of the European Union (EU), but now, for the first time, the Norwegian Parliament will have its own representative in Brussels to “strengthen contact” with members of the EU Parliament. 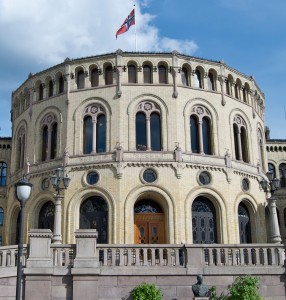 Many Norwegian companies and organizations have long had representatives in Brussels, where the EU is based, and Norway has an ambassador to the EU. Now the Storting (parliament, photo at right) itself sees a need for its own representative by yearend.

The European parliament has itself been strengthened, “and then it’s natural for us to nurture tight contact” with it, Dag Terje Andersen, president of the Norwegian Parliament, told newspaper Aftenposten.

The position won’t be tied to the Foreign Ministry (Utenriksdepartementet) but Andersen said it has been consulted.