In line with tradition, thousands gathered in Oslo on Saturday evening for a torchlight parade honoring this year’s winners of the Nobel Peace Prize. Festivities wrapped up Sunday night with the annual Nobel Concert at the Oslo Spektrum Arena. 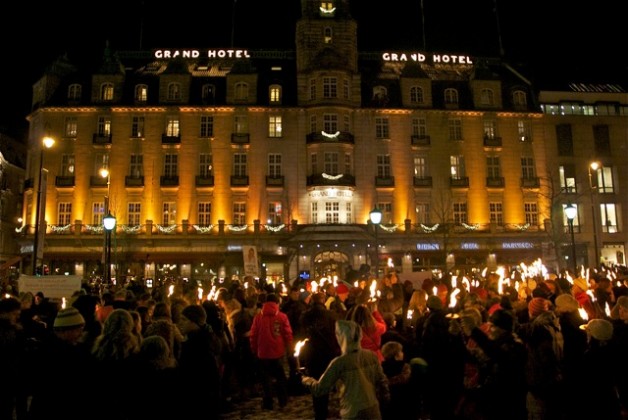 The parade started at the Youngstorget central square downtown and wandered up the capital’s main boulevard, Karl Johans Gate. It ends every year in the plaza in front of the Norwegian Parliament (Stortinget), which lies just across the street from the Grand Hotel, where Peace Prize winners usually stay. This year, there were three of them, and just before they headed into the Nobel banquet, they stepped out on the balcony to wave to the masses and listen to their cheers and applause. 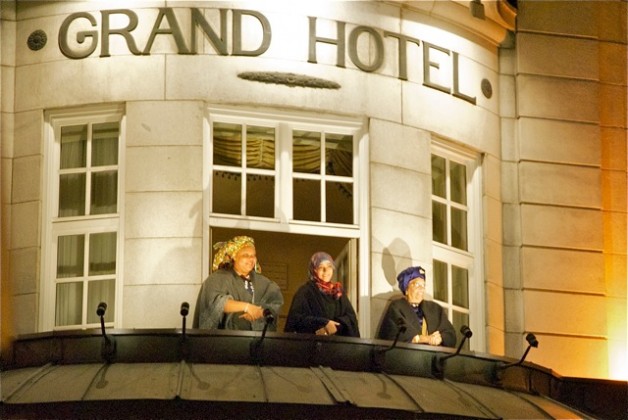 It’s quite a sight to take in, and winner Ellen Johnson Sirleaf, at right, was said to be especially touched. She was a bit more reserved, while fellow winners Leymah Gbowee and Tawakkol Karman raised their arms repeatedly and waved enthusiastically to the crowd: 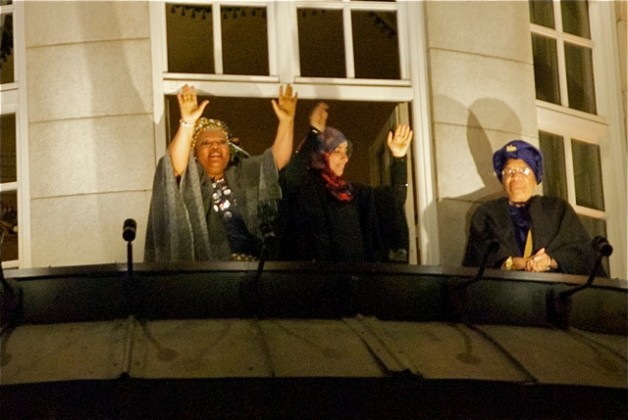 On Sunday, the three women met Norwegian dignitaries at the office of the prime minister, where they were received by Education Minister Kristin Halvorsen, standing in for Prime Minister Jens Stoltenberg, who’s been on an official visit to Australia and currently is in New Zealand before heading to the South Pole to celebrate Roald Amundsen’s successful expedition 100 years ago. The prize winners also visited the Foreign Ministry and the Parliament before being guests of honor at the Nobel Concert Sunday night.

ALL PHOTOS: Views and News