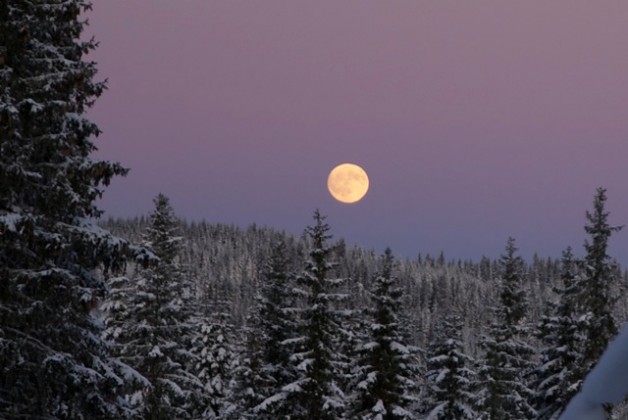 PICTURE STORY: A spectacular full moon rose over the snow-covered hills and forests (called “marka”) north of Oslo on a late Sunday afternoon in January, after an equally spectacular day over most of the country. Norway finally won a respite from a spate of extremely bad weather, and folks flocked outdoors for a longed-for day on the ski trails.

Parking lots at popular trailheads leading into Nordmarka and other forests around the capital were packed on Sunday, including the large lot at Sørkedalen School in the valley west of Holmenkollen. Farther north at Mylla, though, enthusiastic skiers could spread out in many directions and Lake Mylla itself was a picture of winter solitude. 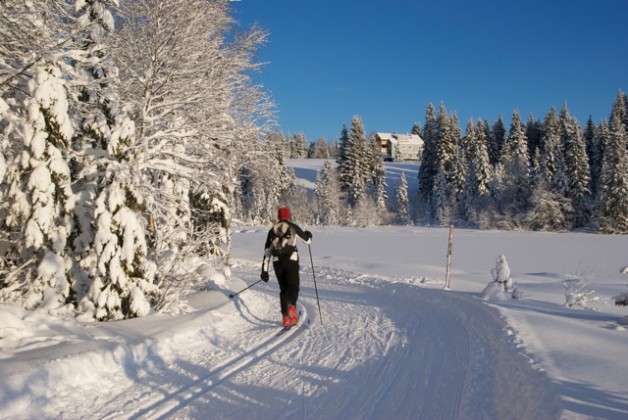 The trails around Mylla were relatively busy but it was still be possible to be entirely alone on the first brilliant skiing day of the New Year, like this skier at Trantjern in northern Nordmarka. 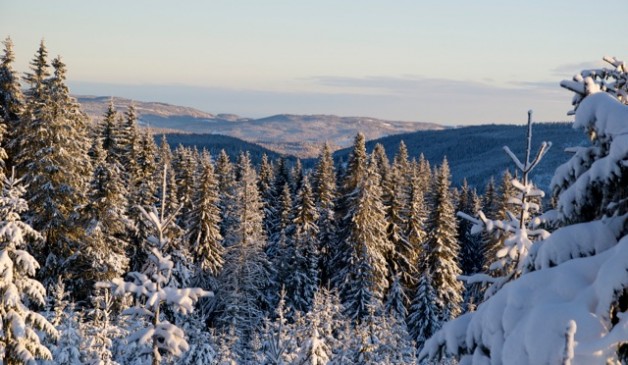 It had snowed earlier in the week and again most of Friday night, all day Saturday and well into Saturday night. But it let up early Sunday, clouds cleared and much of southern Norway turned into a Winter Wonderland, with snow-laden trees and some spectacular vistas like here from the peak called Ballangrudkollen, elevation 679 meters.