Embassies of countries in the European Union have waved their EU flag in Oslo for years. Now the four embassies in Oslo representing countries that are members of the Association of Southeast Asian Nations (ASEAN) will be flying their regional organization’s flag, too. 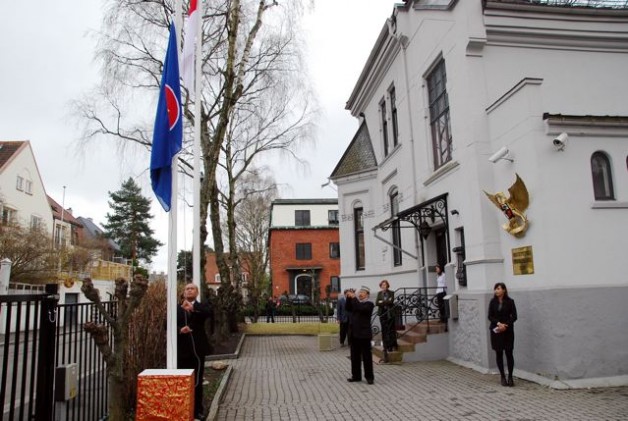 It’s a symbolic gesture, they all readily admit, but as Aud Marit Wiig of the Norwegian Foreign Ministry said on Thursday, that’s important because it symbolically represents cooperation across borders. Wiig was among those on hand at the ASEAN flag-raising ceremony at the Indonesian Embassy in Oslo. 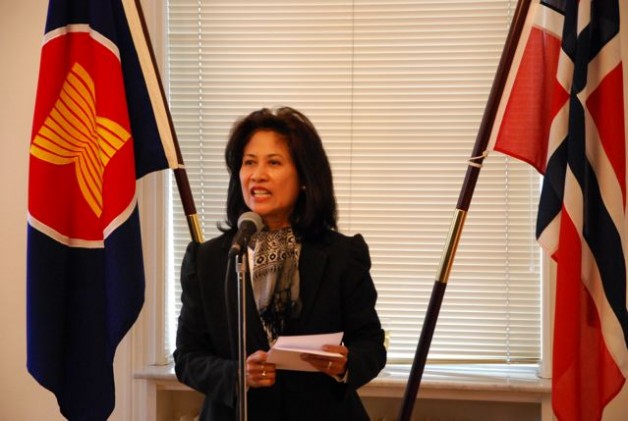 The ceremony was hosted by Indonesia’s ambassador to Norway, Esti Andayani. Foreign ministers of all the ASEAN countries decided at a meeting last year that ASEAN member states and their missions abroad could raise the ASEAN flag (at left) alongside their own national flag beginning in August. The member states with embassies accredited in Norway (Indonesia, the Philippines, Thailand and Vietnam) agreed to raise their first flag in what they called a “simple ceremony” at the Indonesian Embassy on Thursday. 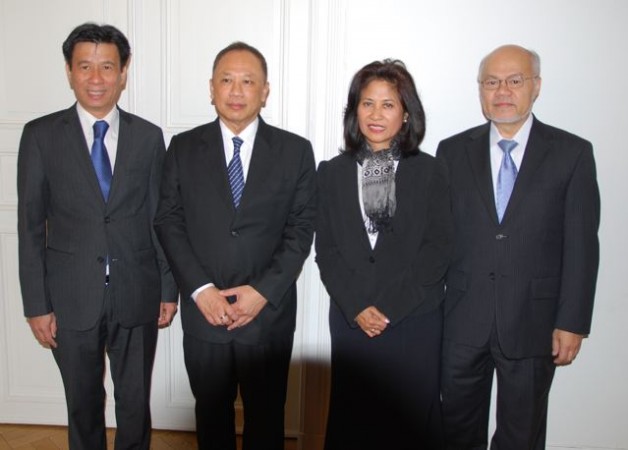 The ambassadors of the four ASEAN member states in Oslo: (from left) Van Thong Ta of Vietnam, Theerakun Niyom of Thailand, Esti Andayani of Indonesia and Bayani S Mercado of the Philippines. 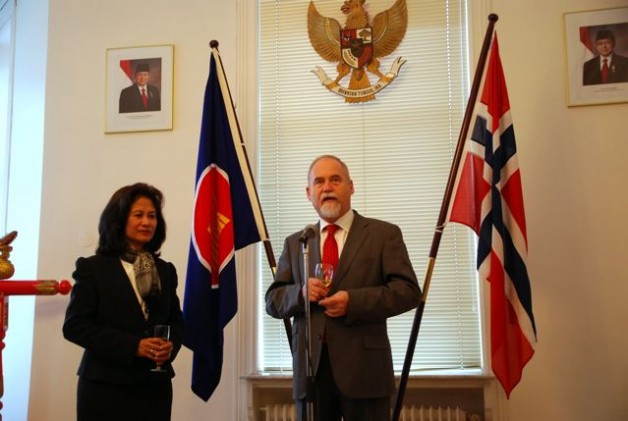 Among those recognizing the effort to boost ASEAN’s identity in Norway and among EU countries was Poland’s outgoing ambassador to Norway Wojciech Kolańczyk , who served at the event as “acting dean” among ambassadors in Oslo following his lengthy tenure in Norway. Norway’s own ambassador to Indonesia, meanwhile, also serves as Norway’s ambassador to ASEAN. ALL PHOTOS: Views and News