The European Union (EU ) has decided to send the cash award it received along with the Nobel Peace Prize to needy school children in areas of conflict. EU officials also decided to double the money, meaning it will send around EUR 2 million to humanitarian organizations that will distribute the funds. 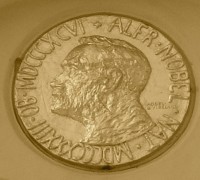 Redd Barna (Save the Children) and Flyktninghjelpen, which aids refugees, are among the organizations that will funnel the EU prize money to needy children. Redd Barna in Norway has targeted 4,000 Somalian refugee children living in the border area between Ethiopia and Somalia. Flyktninghjelpen will use its share of funding to help 8,000 children in Congo.

Tove Wang, secretary general of Redd Barna in Norway, said it was also important that the EU humanitarian agency ECHO was turning its attention towards education for children in areas of conflict. Wang stressed that there currently are around 61 million children in the world who don’t go to school, and that many live in areas hit by war and other conflicts or natural catastrophes.