PHOTO FEATURE: The awarding of the Nobel Peace Prize always creates a stir in the Norwegian capital, which was chosen by prize benefactor Alfred Nobel to host a prize for peace every year on the anniversary of his death, December 10. This year’s winner, Colombian President Juan Manuel Santos, had to brave rainy and gloomy weather but described it as one of the best days of his life. 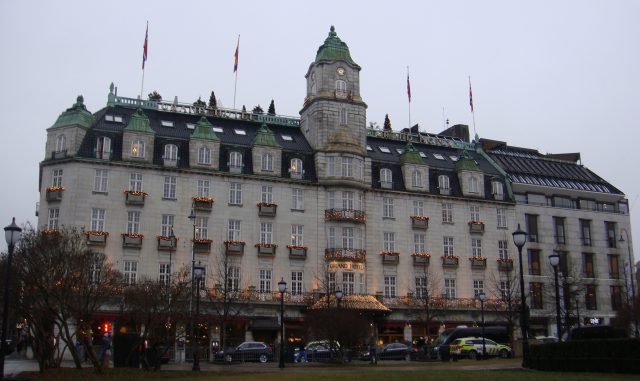 It started here at the Grand Hotel in Oslo, where winners of the Nobel Peace Prize traditionally stay. It was surrounded by police cars and limousines Saturday morning, ready to take Santos and his entourage to a string of events tied to the annual Peace Prize ceremony. 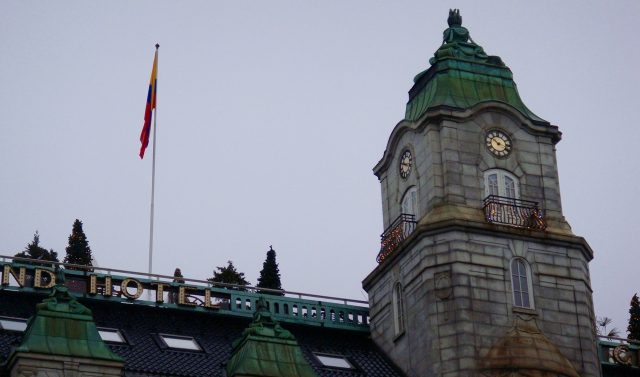 The Grand Hotel usually flies the Scandinavian flags, but on Saturday they were all Norwegian and Colombian, in honour of the Nobel Peace Prize winner. With little breeze and steady rainfall, though, they were hanging rather limply. 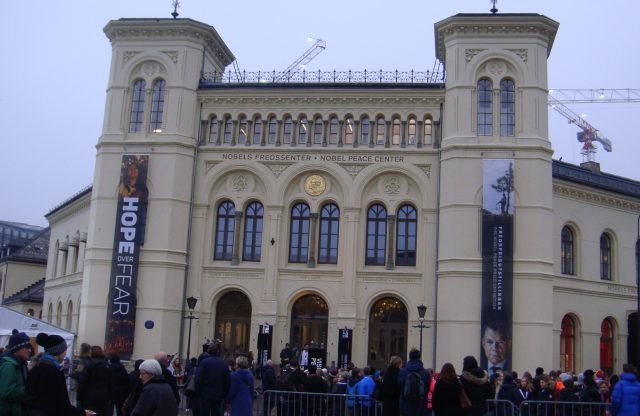 Santos was guest of honor at an annual children’s peace event organized every year on Peace Prize Day at the Nobel Peace Center in Oslo. It’s located just across from City Hall, where the prize ceremony is held, and attracts hundreds of children who also interview the Peace Prize winner. The Nobel Peace Center itself has exhibits featuring all Peace Prize winners over the years and a special exhibit tied to the year’s prizewinner. It’s entitled “Hope over Fear” this year. 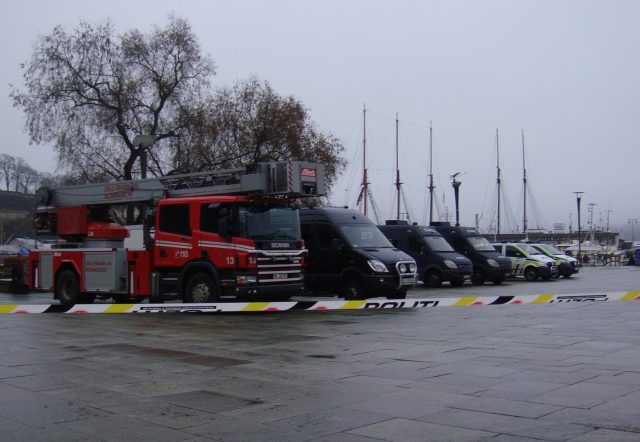 Portions of the City Hall Plaza, meanwhile, were cordoned off with emergency vehicles standing by. Security was especially high on Peace Prize Day. 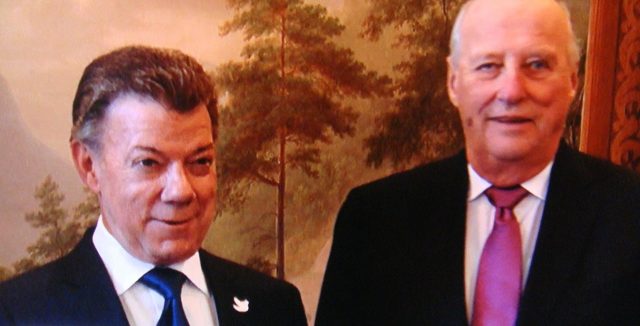 Santos was also whisked to the Royal Palace for a meeting and lunch with Norway’s royal family. Here Santos, once again sporting a peace dove pin like the one he wore at Friday’s press conference, shares a smile with King Harald V. 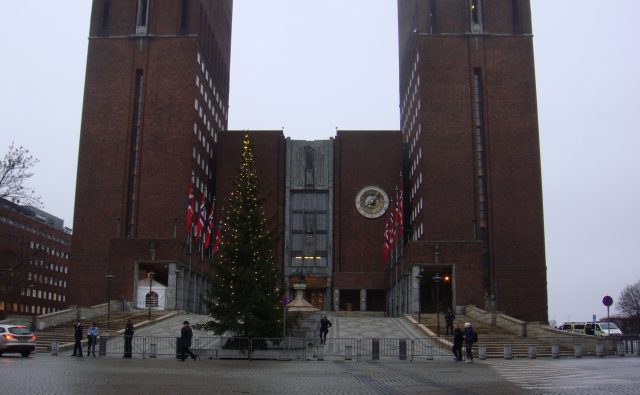 Next stop: Oslo City Hall, which was cordoned off and under heavy security as around a thousand people filed in on the other side of the building to attend the Peace Prize ceremony. Only the prizewinner and the royals use the main entrance and its red carpet.

Mobile phones were held high as members of the audience scrambled to take photos of the new Nobel Peace Prize winner, just after Juan Manuel Santos received the diploma and the gold medal. The prize also carries a cash award of SEK 8 million (around USD 1 million).