PHOTO FEATURE: Norway has been in the midst of another spectacular autumn characterized by fall foliage that literally seems to light up forests, countryside and urban landscapes. The sun came out briefly in Oslo on Monday, but it’s the fall colours that provide colour and light during some recently dreary days. 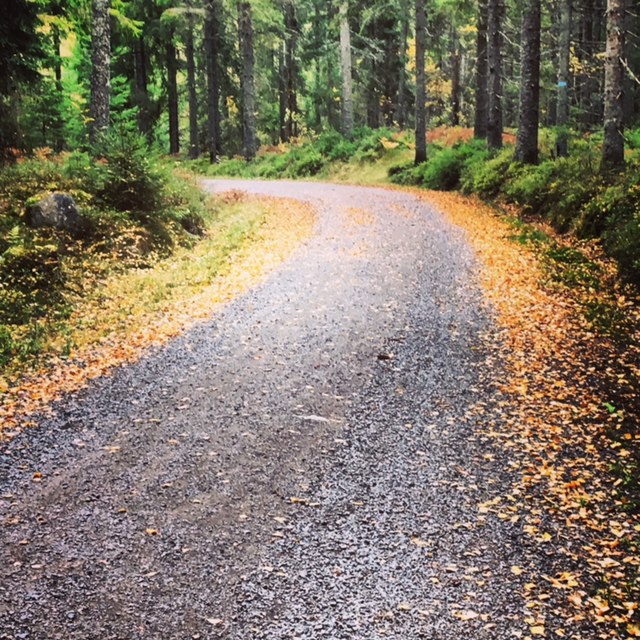 Norway’s tourism industry hasn’t yet started down the road towards capitalizing on the “fall foliage tours” that are popular in other countries. It may just be a matter of time before someone actively markets such tours in September and October, when the fall colors usually are at their peak. This photo was taken along a road near Hakadal, on the eastern side of the Oslo forest known as Nordmarka. 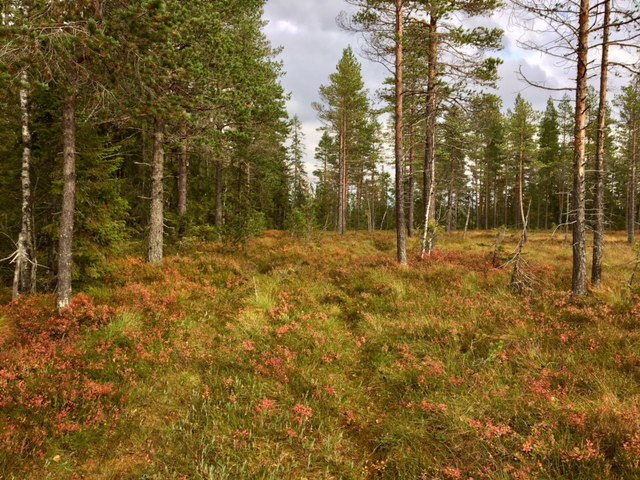 The fall colours started coming out much earlier in the hills and mountains because of higher elevations and cooler temperatures. In the forests known as marka, the marshes can be particularly colourful. 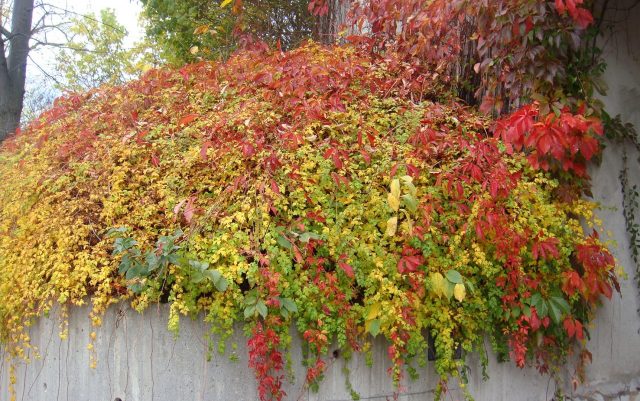 Vines and shrubbery in town can be just as vivid, with this mass of greenery turned yellow, orange and red, and adorning the entrance to the garage of an apartment building in Oslo’s Skillebekk district. 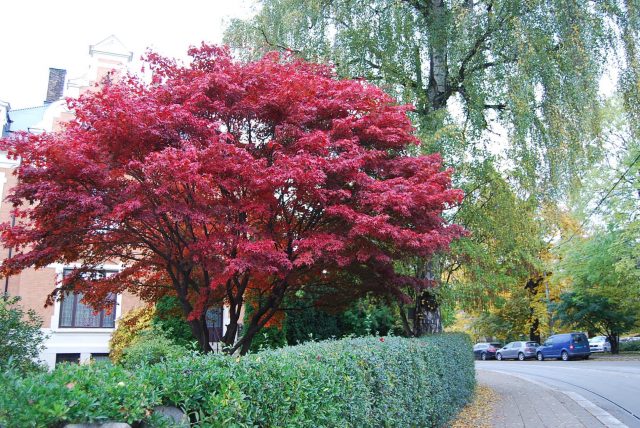 Not far away, this tree added some brilliant contrast to the neighbourhood. Norwegians have a long tradition of seizing the beauty of autumn with a week of fall holiday. Schools close, usually in late September or early October, and families flock to the hills, mountains or just outdoors to gå på tur (go hiking) or simply relish crisp cold air and the fall colours. While some head to warmer climes, news bureau NTB recently reported that nearly seven out of 10 Norwegian take some autum holiday and want to head out into the nature. 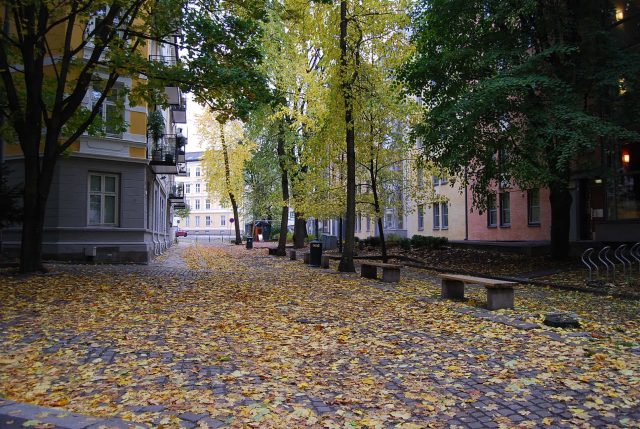 Leaves, leaves everywhere… along with the autumn colours come all the falling leaves that need to be picked up. The fresh air can thus be pierced by the sound of equipment blowing leaves off the streets, not just to clean up but because they can be slippery and cause accidents, especially when the first frost comes. Tram and metro drivers in Oslo are also often stymied by too many leaves on the tracks, that can cause derailments. For most, though, the leaves create a colourful carpet that can last until the snow falls.