Maritime village preserves its past

PHOTO FEATURE: Norway’s maritime heritage can be seen all along its vast coastline from north to south, but some places stand out. Among them is the small town of Skudeneshavn, once known for its fleet of sailing ships and ferry port, and now for its scores of well-preserved white wooden houses, some of which take in guests. 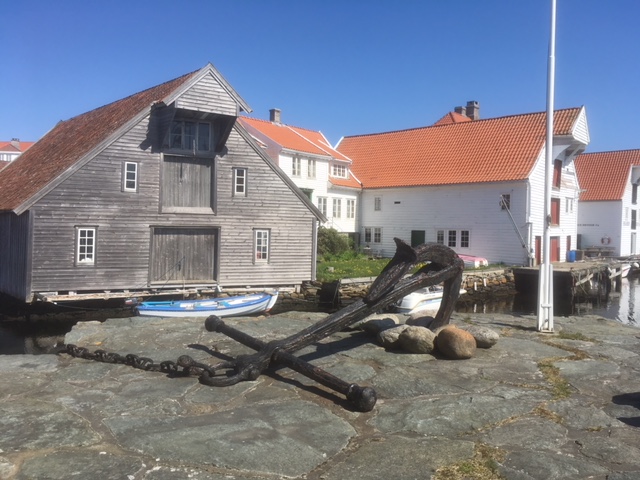 “We’re coming late, Honorary Consul, but we’re coming well!” exclaims Skipper Worse from the deck of his ship in Alexander Kielland’s novel by the same name. The film version was made in Skudeneshavn not least because of its authentic surroundings from shipping’s glory days in the late 1800s. 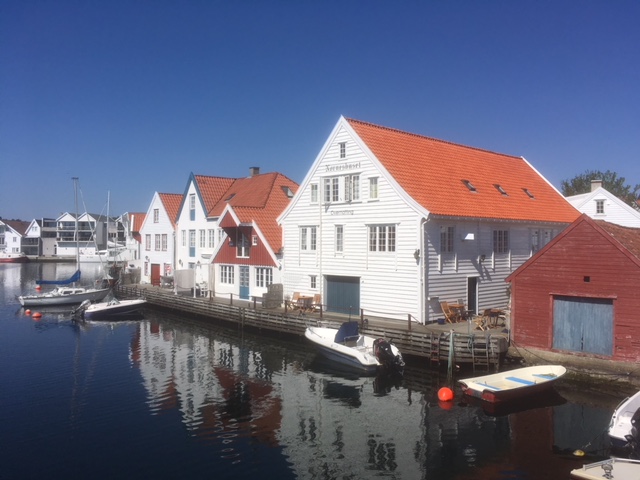 Skudeneshavn flourished on lobster that was exported to England and herring to Latvia and other Baltic countries. Ties between Riga and Skudeneshavn were close and at least one entire building was dismantled in Riga, transported to Skudeneshavn and built up again. Since the vessel needed cargo for the trip back to Skudeneshavn, it apparently made sense even in timber-rich Norway. 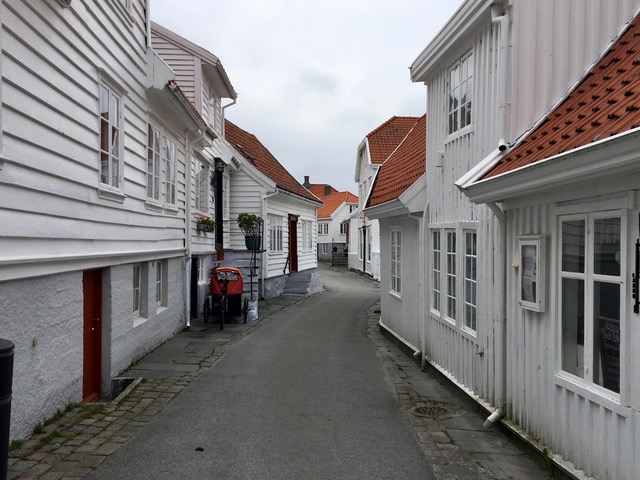 The town, located on the southern tip of the West Coast island of Karmøy, was home to nearly 80 tall ships and its small population would grow to as many as 20,000 during fishing season. Today it’s still home to the large Solstad offshore supply ship firm, that barely survived after oil prices collapsed in 2014, and now operates after mergers as Solstad Farstad. Skudeneshavn has been subject to the same business cycles as other hardy West Coast towns over the years, also suffering when the herring disappeared and, not least, when sailing ships were replaced by steamships. 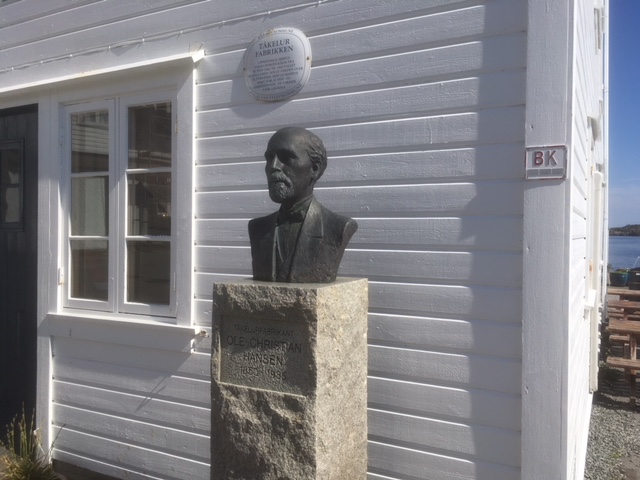 Many residents emigrated to America but some stayed, including Ole Christian Hansen, who invented the fog horn, working out of this building that still stands and now houses an arts and crafts workshop. There’s a small memorial to him mounted outside. 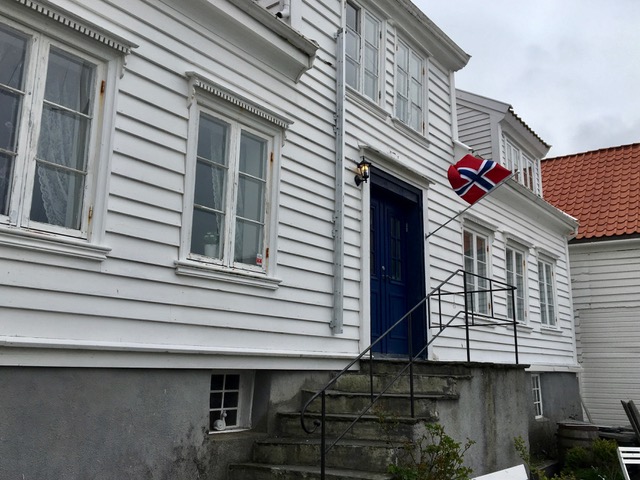 Some of the houses, like this one run by Gjestfrie Hus, take in guests, offering lodging in historic surroundings. Summer is high season for Skudeneshavn, which state broadcaster NRK hailed as “Norway’s summer town” in 2004, while it also has won honours as being Norway’s best-preserved small town. Most of the central area was built between 1840 and 1870, and put under national preservation orders in 1976. 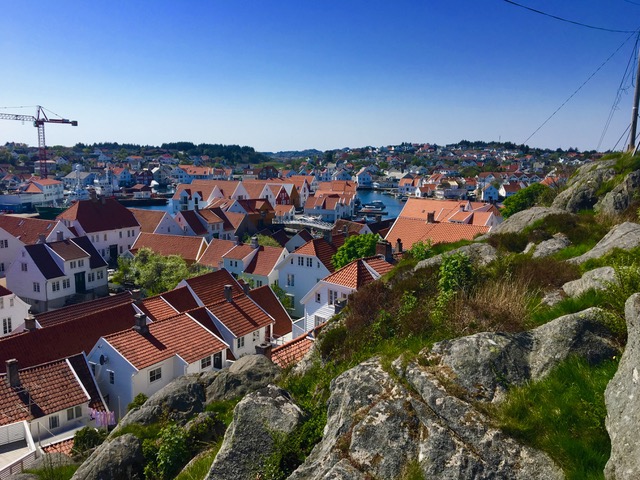 There’s a panoramic view over the town from the park located atop this bluff just behind the historic center. Just south of the bluff is the abandoned terminal for the ferry that sailed between Tananger (near Stavanger) and Skudeneshavn and formed much of the main transport route connecting Bergen, Haugesund and Stavanger. The ferry was replaced several years ago by a new highway with subsea tunnels, but there’s an ongoing local campaign to get it back. 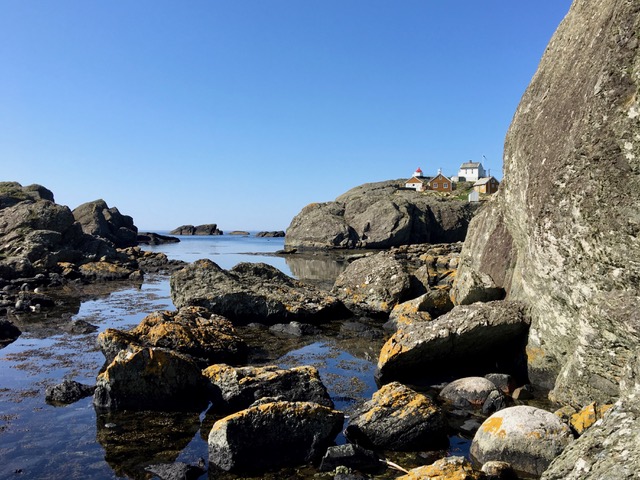 The coastal area surrounding Skudeneshavn features some of Norway’s biggest and best sandy beaches along with hiking trails, one of which leads out to this old lighthouse, Skude lykt. The island of Karmøy itself offers both coastal and inland trails, old Viking settlements, more modern maritime towns like Åkrehamn and Kopervik and lots of scenic coastline. Haugesund is the closest city, but residents of Skudeneshavn still consider that “going to town” involves a trip to Stavanger. Ties between the two remain close, and that’s where Kielland’s Skipper Worse was actually set.