PHOTO FEATURE: In a country best known for mountains, fjords and usually cold weather, Norway’s beaches can often be overlooked. The country’s long coastline offers some real gems, though, tucked in between all its rocky cliffs and headlands. This summer’s recent heat wave is suddenly bringing them some new attention. 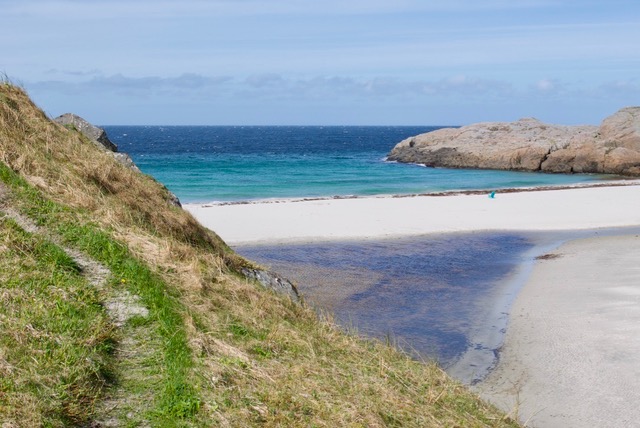 Norwegian media have been reporting lots of stories about the country’s beaches this summer, not least because of all the people flocking to them. We found some of our own, well before any crowds arrived, on the otherwise windswept west coast island of Karmøy. This one, like several others in the area, even featured a colourful wooden beach chair, with no one in or around it on a sunny day in May. 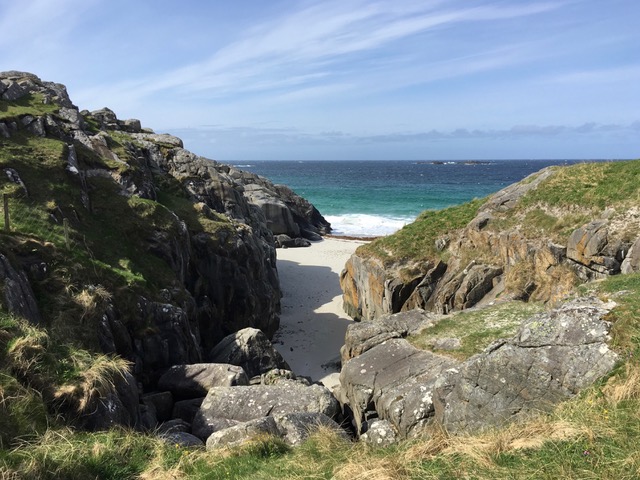 The beach here at Sandve on the southwestern coast of Karmøy, also features small isolated coves, reached by trails from a parking lot that’s set well back from the main beach and even features rest-room facilities. The coves can thus be easily reached if crowds on the main stretch of beach should become too large. 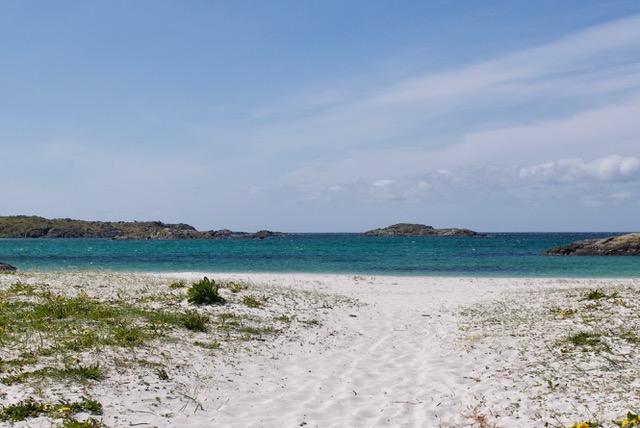 That’s not a common problem on Norwegian beaches that are among the country’s best-kept secrets. This one at Åkrehamn on Karmøy stretches all along a bay that also features marked hiking trails along the coast. The waters of the North Sea can be cold, but also refreshing when temperatures soar like they have this summer. 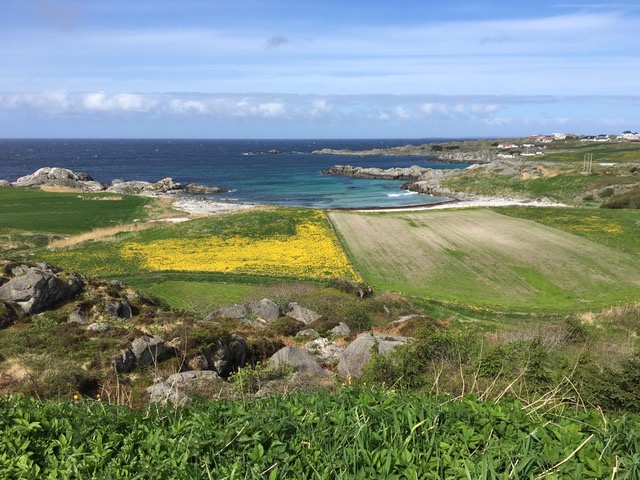 Other beaches can be spotted right off the highway that circles the entire island just south of Haugesund. This one at Sandhåland also features some scenic coastline and settlements. 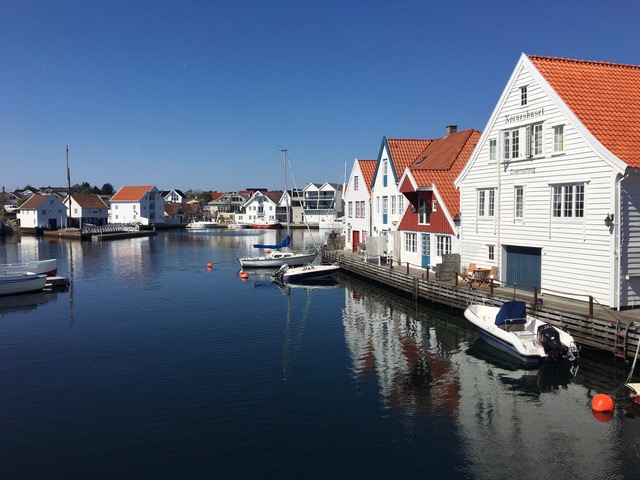 The beaches of western Karmøy are all located just north of one of the most picturesque and best-preserved maritime towns on Norway’s West Coast. Skudeneshavn is no longer a key transport hub, since the old ferry route between Bergen and Stavanger has largely been replaced by a highway linking islands by tunnels and bridges. That’s arguably made Skudeneshavn a more peaceful place to visit and spend a night a two. More on that later.