Magnus Carlsen of Norway has maintained his ranking as the world’s best chess player. The 19-year-old from Lommedalen was still in first place when new world rankings were recently released. 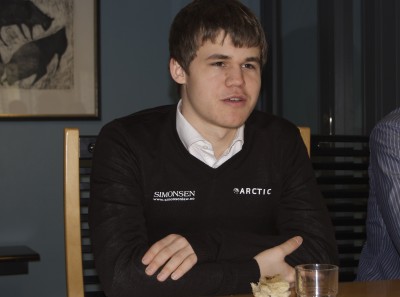 Newspaper Aftenposten reported that Carlsen (photo) increased his rating on the March listing by three points since January. His 2,813 points mean that only Garry Kasparov has had a higher official rating, after topping out with 2,851 in 1999.

Carlsen also increased his distance from the world’s second-ranked chess player, Veselin Topolov, who retained his spot with 2,805 points.

Carlsen’s ranking as a junior (age 20 and under) is way ahead of his nearest rival. The young Norwegian has nearly 100 points more than Maxime Vachier-Lagrave of France and Sergei Karjakin of Russia.

Carlsen was set to be back in action this month at the Melody Amber tournament in Monaco.

By Views and News staff