Norway’s oil capital of Stavanger, on the west coast, may only be the country’s fourth-largest city but it now has emerged as having its most-expensive housing market. 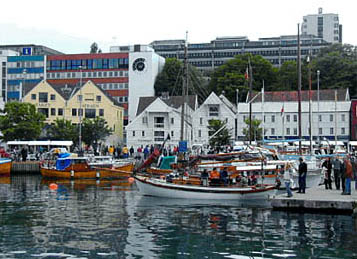 The dubious honour, reported this week by newspaper Dagens Næringsliv (DN), is based on prognoses by Norway’s two largest real estate brokerages that show Stavanger as having the country’s highest-priced leiligheter (apartments, or condominiums).

Brokerages Eiendomsmegler 1 and DnB NOR Eiendom (“eiendom” means “real estate” in Norwegian) both expect prices for apartments to rise 10 percent this year. Prices in May averaged NOK 36,900 per square meter in Stavanger and NOK 37,000 in Oslo, but prices were rising faster in Stavanger.

One recent buyer, Linda Reid from Scotland who works for Shell, will soon take possession of an 80-square-meter apartment near the sea in central Stavanger. “It wasn’t any shock for me that it was so expensive to buy a home in Stavanger, because everything is so expensive here,” Reid told DN. She paid NOK 53,750 per square meter, higher than the average price of NOK 48,300 in Oslo’s most expensive neighbourhood of Frogner.

“There’s been very strong price growth in Stavanger in recent years, and the difference from Oslo has narrowed,” Knut Sirevåg of Eiendomsmegler 1 told DN. He had predicted prices would rise by 5 percent his year, but has since doubled that based on actual sales so far.

“I doubt there are other countries in Europe where the fourth-largest city has a higher square-meter price for apartments than the largest city,” said Robert Ugland of DnB NOR Eiendom in Oslo, Asker and Bærum. That may be because the apartment market in Oslo is larger than in Stavanger, where there are more single-family homes and fewer apartments.