Terror arrests made under pressure

The arrests of two terror suspects in Oslo and a third in Germany on Thursday were made under pressure, admit Norwegian police. They wanted to keep the men under surveillance a while longer, but had to act because they feared their investigation was about to be exposed. 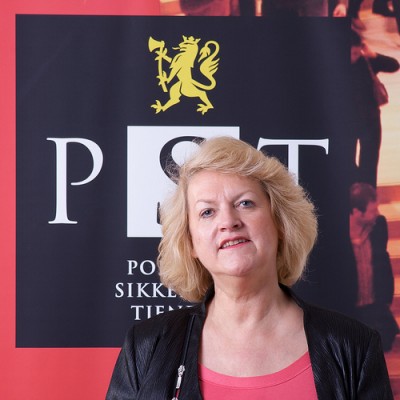 The three men, all immigrants to Norway, were seized early Thursday after media reports of an internationally coordinated investigation started leaking out. Janne Kristiansen, head of the police intelligence agency PST (photo), made it clear she and her staff did not choose the timing themselves but felt they needed to act quickly because media reports could jeopardize their year-long probe.

She said the investigation “took a new twist last week when we became aware that international media were on the verge of covering the case. We therefore have not chosen the timing of the arrests ourselves, but believe we have a strong case.”

“We believe that this group has had connection to persons abroad who can be tied to Al Qaeda,” Kristiansen told reporters at a press conference in Oslo. She said the suspects also are linked to persons who are targets of parallel investigations in “countries like the US and Great Britain.”

Neither Kristiansen nor other state officials in Norway would say where the  terrorist attack allegedly being planned by the men would have been carried out. Terrorist experts in Oslo said it’s not unusual for terrorist plots to be hatched and organized in one country and carried out in another.

The suspects include a 39-year-old Uyghur man who came to Norway in 1999 and became a Norwegian citizen in 2007, a 37-year-old Iraqi citizen who also came to Norway in 1999 and holds permanent residence permission in Norway, and a 31-year-old citizen of Uzbekistan who arrived in Norway in 2002 seeking asylum. His application for asylum was initially turned down, but he eventually obtained permanent residence permission through family ties.

Police claim all three arrests were made without resistance, two in Oslo and one in Duisberg, Germany.

Prime Minister Jens Stoltenberg interrupted his summer holidays once again, to hold a separate press conference with Justice Minister Knut Storberget. He also claimed the government was taking the alleged terrorist plot seriously but believes Norway remains relatively safe and that there’s no need for the public to be anxious.

“This is a reminder, though, that Norway is not immune from the terrorist threat,” Stoltenberg said.

New leader for the new MUNCH