Fredriksen calls his money a ‘curse’

John Fredriksen, the Norwegian shipowner and investor who ranks as one of the richest men in the world, made a rare public appearance at a financial seminar in Oslo on Wednesday and sounded off on why he’s angry with his homeland once again. He also said he plans to give away most of his money. 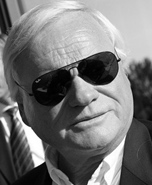 Fredriksen, who gave up his Norwegian passport several years ago after another quarrel with tax authorities, is only allowed to spend a limited number of days in Norway every year. He nonetheless has continued to run major operations from Norway, employ thousands of Norwegians and invest in key industries.

Now he’s repeating threats to move more of his assets out of the country. He told reporters that he became “møkka lei” (loosely translated, “disgustingly exasperated”) when tax authorities made a surprise visit to the offices of his large Seadrill rig-owning company in Stavanger last winter to launch a major, complicated audit. Results remain unclear. Tax authorities also fined Fredriksen for rules violations in connection with the purchase of Eastern Drilling.

In short, Fredriksen indicated he feels like the state hounds him relentlessly and he’s fed up. He said he doesn’t think any change of government, from the current left-center coalition to a conservative one, would have any effect because “it’s the bureaucrats who run things in this country.”

The man who has created thousands of jobs and revived industries in Norway, and donated millions to the state’s main cancer hospital Radiumhospitalet, says he’s given up a dream of consolidating his business activities – from rigs to ships to fish farming and finance – under one roof, especially not a Norwegian roof.

Now he says he doesn’t have time to spend all the money he’s made over the years, certainly not in his lifetime, and that he plans to give away his money “but not here in Norway.”

Asked by newspaper Dagens Næringsliv (DN) whether he intends to give away his fortune through inheritance or charitable outlets, Fredriksen said he didn’t want to answer now. “But it’s a curse, this money, you know,” he said.