Norway’s network of  Nasjonal turistveger (National Tourist Routes) keeps expanding, offering motorists what can amount to the rides of their lives. It’s not the destination but the trip itself, and enhancements along the way, that can leave the most jaded traveler stunned. 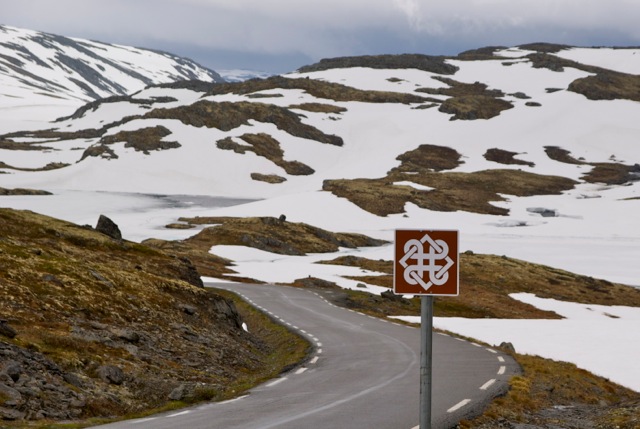 Statens vegvesen, formally known as the Norwegian Public Roads Administration, started working on the project 18 years ago and won’t be finished until 2020. Some of the scenic roads selected for the project might otherwise have fallen apart or been forgotten, when they were replaced by tunnels or bypassed by new highways. Marked by the special emblem shown above, they’ve now been preserved  and improved, like this one over Aurlandsfjellet between the Lærdalsfjord and the Aurlandsfjord. 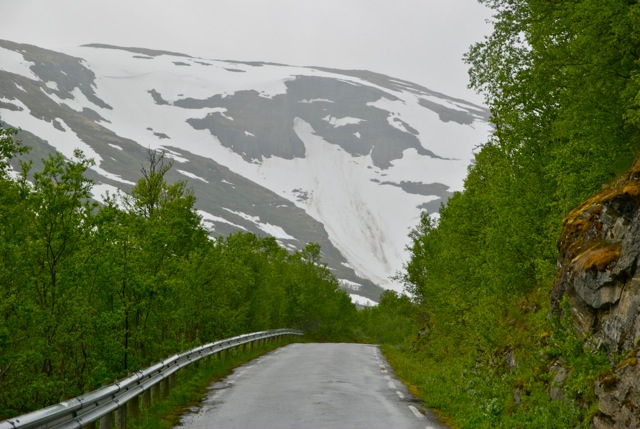 Motorists starting on the Lærdal side climb quickly from sea level at the fjord, past rushing rivers and through lush green valleys and remote farms. This 45-kilometer route was, for years, the main road between the towns of Lærdalsøyri and Aurland, until a state transport minister from the Labour Party pushed a major tunnel project through Aurlandsfjellet (the Aurland Mountain) that now ranks as the longest tunnel in the world. 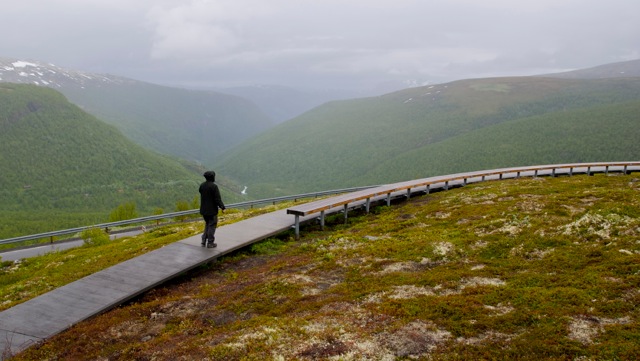 Some tourists may find the tunnel exciting, but the real beauty is above it. The scenery can only be described as breathtaking as the road continues through forests, past small cabins known as hytter and along steep mountainsides. The weather can change several times along the way, especially above timberline, but the views remain fantastic and ever-changing. They’re enhanced, like at this spot, by specially designed platforms and look-out points that blend in with the landscape. 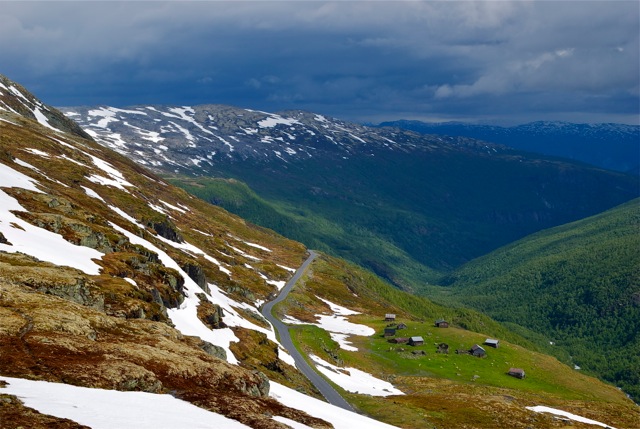 The scenery just gets better as the climb continues, in this case to around 1,300 meters with surrounding peaks of nearly 2,000 meters in elevation. Motorists can stop at a variety of parking areas, some of which even feature specially designed restrooms. Here, the view over a mountain farm known as a seter. 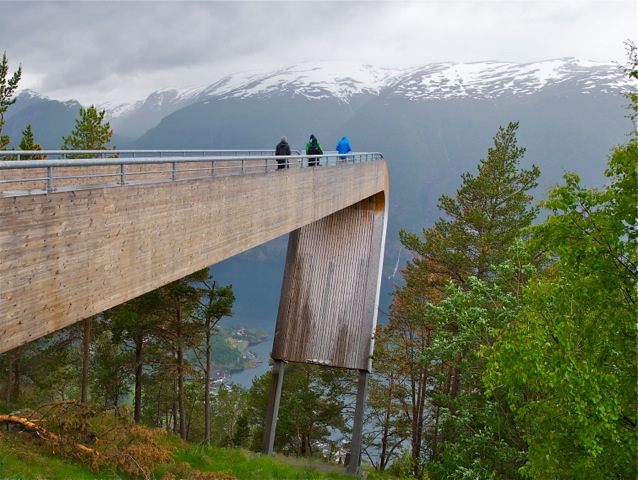 Most of the National Tourist Routes have an architectural highlight. On the route over Aurlandsfjellet, it’s this spectacular viewing platform at Stegastein that juts out over the Aurlandsfjord towards the western end of the road. State highway officials added one of Norway’s most well-known highways, Trollstigen, to the National Tourist Route network earlier this summer. For more information on the routes, visit the road administration’s site (external link).