Thai culture on the Oslo Fjord

As Oslo held its annual “Kulturnatt” (Culture Night) on Friday, with free concerts and entertainment all over town, an entirely different cultural offering was playing out on the Oslo Fjord. It was all organized by an active participant in the local diplomatic community, the Embassy of Thailand in Norway. 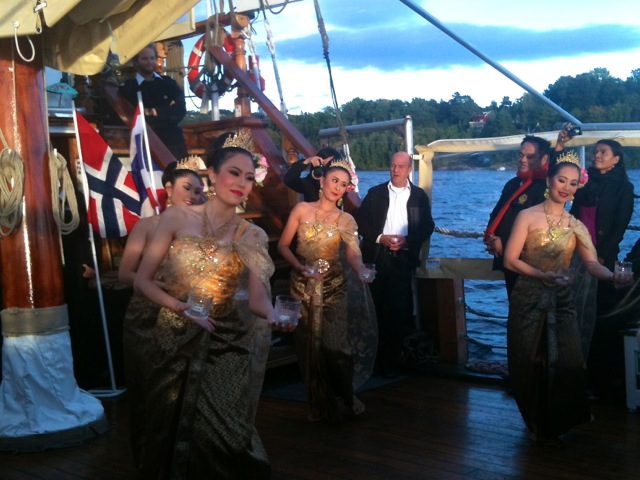 Thai Ambassador Theerakun Niyom, who’s only been in Oslo around six months himself, said he wanted to share some of his country’s culture with Norwegians. He and the Thai Ministry of Culture invited dozens of local officials, business associates and a few journalists on board the classic Norwegian vessel Johanna, for an evening of dance, music and, not least, a literal taste of culinary culture as well. 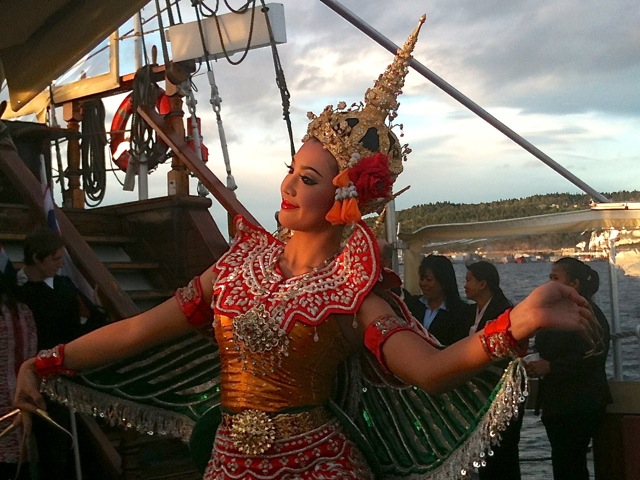 The dancers, who also performed in Copenhagen and Gothenburg before arriving in Norway, were flown in for the events that also included a Cultural Night Performance on Thursday involving all four embassies in Norway that are part of the Association of South East Asian Nations (ASEAN): Thailand, Vietnam, Indonesia and the Philippines. That event, also aimed at promoting tourism to Southeast Asia, drew hundreds of diplomats, business associates and local officials, and was co-sponsored by Thai Airways, Western Union and Lebara Mobile. 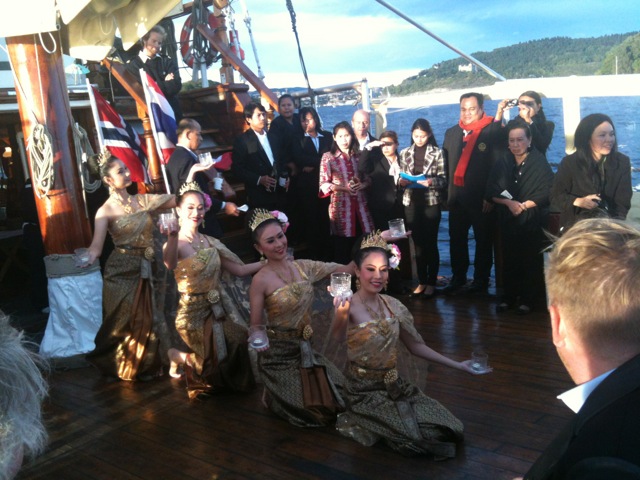 Meanwhile, as the dancing went on aboard the historic ship on the Oslo Fjord, thousands of others took part in the more Norwegian-oriented cultural events ashore. They included special concerts, theatrical events and guided tours of public landmarks including the bell tower of Oslo’s City Hall. Kulturnatt also coincided with an annual food festival on City Hall Plaza and a book festival downtown.