Norway shines up its gift to the UN 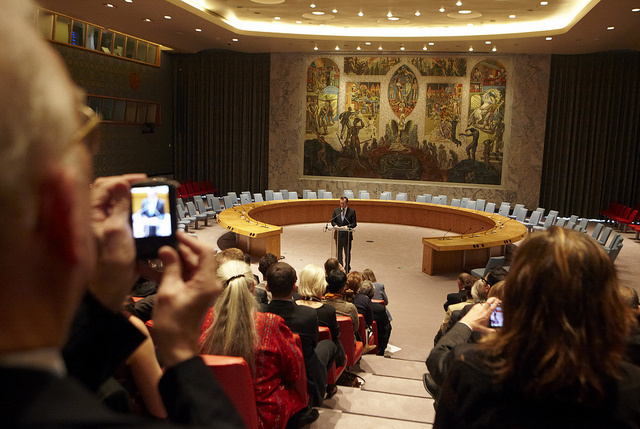 Norwegian Foreign Minister Espen Barth Eide was on hand for the re-opening last week and said he “was glad that Norway took responsibility for refurbishing what’s called ‘the world’s most important room.'” Eide said Norway’s ambition back in 1952, when the UN Security Council Chamber first opened, was to give the UN a chamber that could inspire those working in it to carry out the core of the UN mandate, “to create peace and security.” Now it was important to restore its original glory. 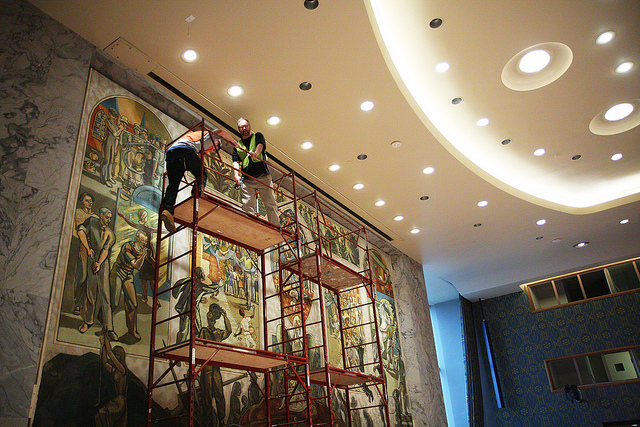 The renovation has taken three years and involved removal of asbestos, installation of a new ventilation system and upgrading of its communications technology. Norway donated USD 8.2 million to the overall renovation of the UN building, with portions of the funds earmarked for the Security Council Chamber. Here, workers put the chamber’s mural by Norwegian artist Per Krohg in place. 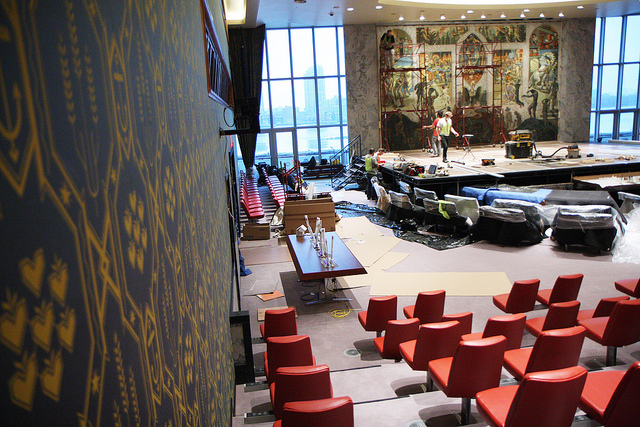 The room was originally designed by Norwegian architect Arnstein Arneberg, who sought to create a design that would stand the test of time. Its renovation in exactly the same style as when it opened 61 years ago confirmed Arneberg’s vision, Eide noted. On the walls are textiles designed by Else Poulsson and straw wallpaper from Biri, near Lillehammer. The furniture is Norwegian and the Per Krohg mural depicts a phoenix rising from a world of ashes. 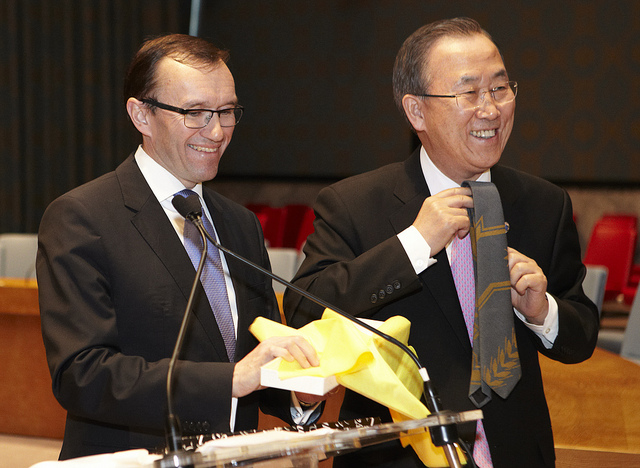 Foreign Minister Espen Barth Eide presented UN Secretary General Ban Ki-moon with a tie made out of the chamber’s wall-covering fabric. The top UN official thanked Eide, also for the Norwegian funding for the project.