PARTY PICTURES: Norway’s party of the century got underway on Thursday with marching bands, royal pomp, a special session of Parliament and top government ministers serving cake to the people. See more photos of the day’s festivities in this special bicentennial feature. 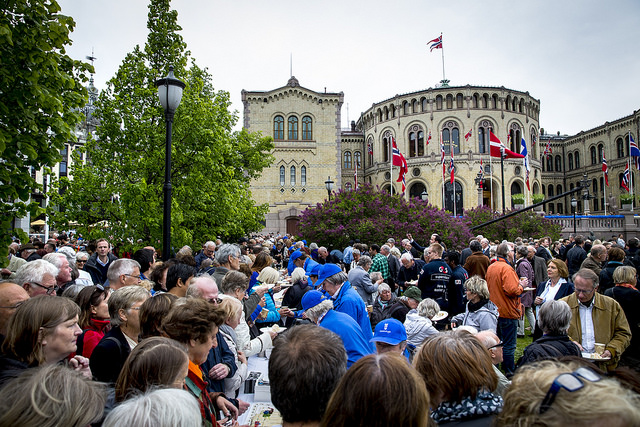 The reason for all the partying, which will continue for the next several days, is the 200th anniversary of Norway’s constitution. It was signed in 1814 when Norway was in the process of being transferred from a 400-year union with Denmark to a new union with Sweden. The Norwegians wrote up their own rules, though, to be carried out in their own Parliament, which is why thousands gathered to celebrate in front of it on Thursday. 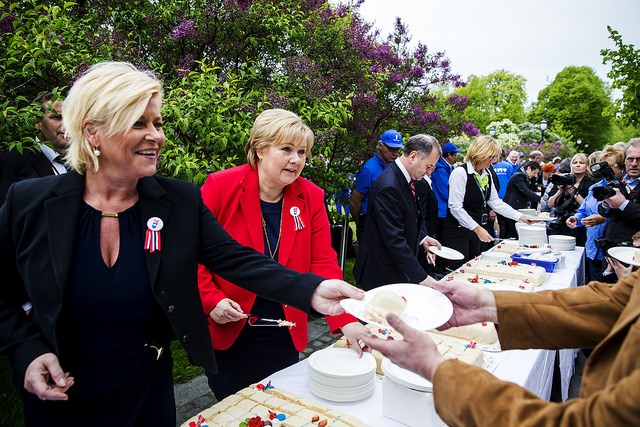 After a special session of Parliament inside, Prime Minister Erna Solberg (in red) and Finance Minister Siv Jensen were among the government officials who served cake to the folks outside. 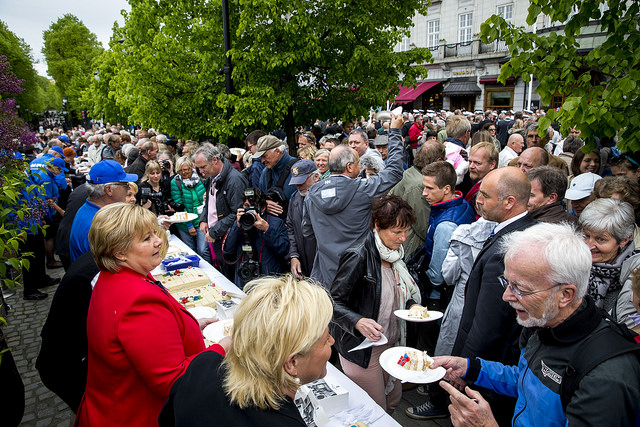 There were lots of mouths to feed and, for many, a chance to swap comments with Norway’s top government officials who arguably rank as among the most approachable in the world. 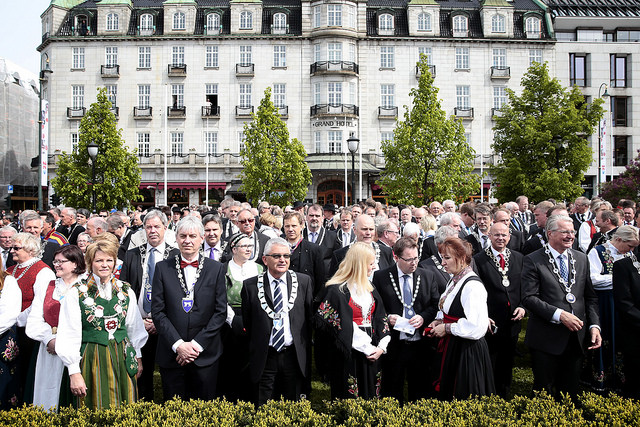 Around 400 mayors from all over Norway have also been in Oslo this week for bicentennial celebrations at the parliament and with the royal family. Many showed up in their local bunad, Norway’s national costumes that vary from region to region. 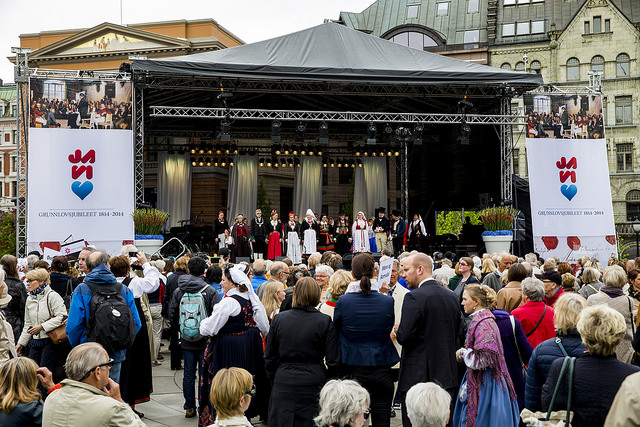 Bunads were also on display during the live entertainment that was part of the large outdoor people’s party on Thursday. Many more will be seen on the streets of Norwegian cities and towns on Saturday, when celebrations climax on the annual Constitution Day on the 17th of May.