They’ve been lining up all summer, just to get inside Norway’s newest spectacular attraction: “The Twist” gallery at the Kistefos sculpture park for contemporary art. It’s a triumph for the park’s founder and patron Christen Sveaas, who has steadfastly invested millions to preserve a personal legacy and delight the public. 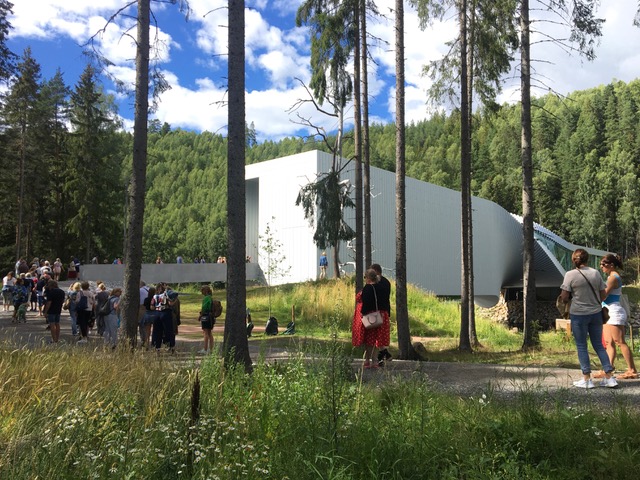 Last Thursday was typical in a summer like Jevnaker has never seen before. Jevnaker is the small community on the scenic Randsfjord, about an hour’s drive northwest of Oslo, closest to Kistefos, where Christen Sveaas’ grandfather Anders set up a wood pulp mill in 1889 that served the European paper industry. Production ceased in 1955, a year before Christen Sveaas was born, but after making his own fortune over the years, Sveaas fought hard to gain control of the property and ultimately turn it into both an industrial- and art museum that’s best known for its outdoor sculpture park. 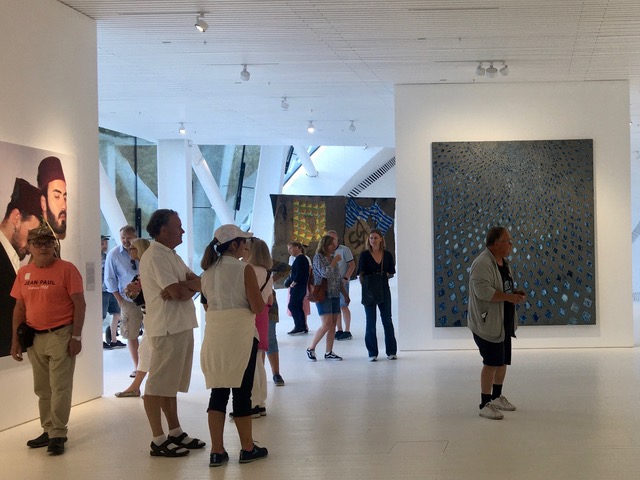 Kistefos has been full of visitors all summer, even though the Corona crisis has prevented international art lovers from following The New York Times’ advice that it was one of the world’s places to go in 2020.  Norwegians have clearly picked up the slack, along with foreigners living in Norway, judging from all the various languages heard spoken during last week’s visit. Visitor numbers by mid-July had already exceeded all visitors last year, Kistefos’ Kristin Gamme Helgaker told newspaper Dagens Næringsliv (DN). They can all spread out over the park’s sprawling outdoor areas, however, and thereby comply with social distancing rules in Corona times. 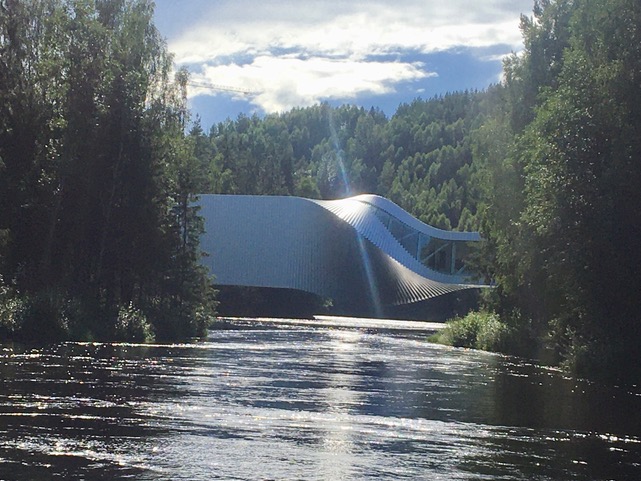 At Kistefos’ newest attraction, lines were long even an hour before closing-time. Founder Sveaas kept thinking big as he developed his park. After acquiring and displaying more than 45 sculptures by such contemporary artists as Yayoi Kusama, Bjarne Melgaard, Jeppe Hein, Tony Cragg and Fernando Botero, he set his sights on a new gallery building to be constructed over the river Randselva that runs from the Randsfjord towards the sea. It’s called “The Twist,” and anyone admiring it from the outside can see why. 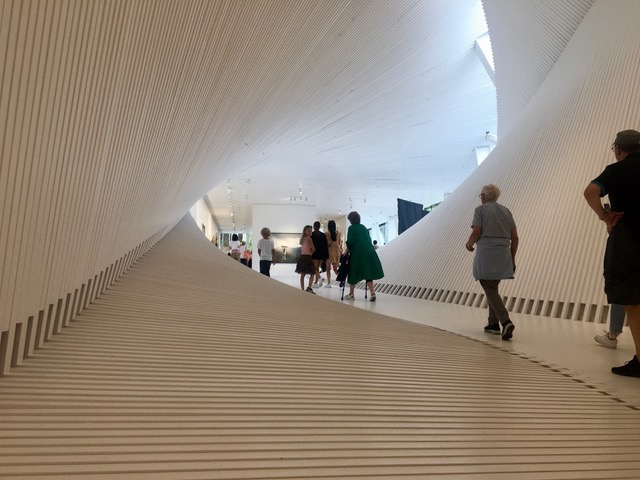 It’s a “spectacular mastodon,” wrote local art critic Lars Elton when it opened last fall with Queen Sonja, Prime Minister Erna Solberg and other dignitaries in attendance. Their presence alone was a triumph for Sveaas, whose art project in Jevnaker was largely overlooked by Norwegian media for years. When he finally attracted a government minister to a season opening several years ago, he made a point of it in his welcoming address. Now the public may need to be turned away at times, and not just because of Corona restrictions. The Twist Gallery was designed by architects in the Danish Bjarke Ingels Group (BIG), which also drew Danish Crown Prince Fredrik to last fall’s opening. 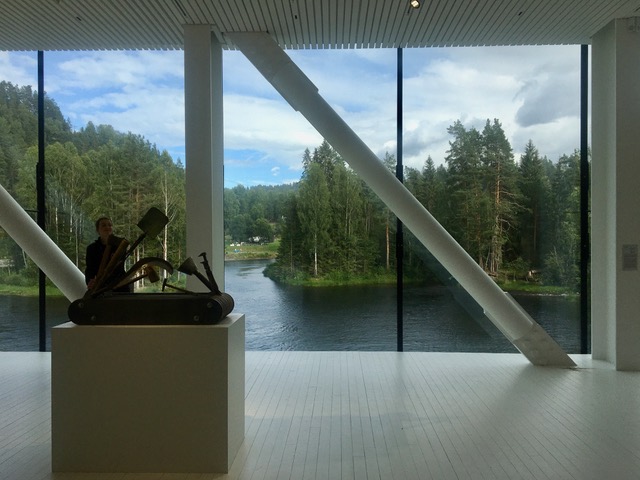 When Corona spoiled plans for an exhibit this summer of art from the US, Kistefos quickly mounted a new alternative exhibit based on the large personal collection of Sveaas himself. Curator William Flatmo chose works from Sveaas’ roughly 1,700 artworks that could say something about contemporary society and issues of the day. Called Come Out!, it features works by a wide range of international artists from Marina Abramovic to Norway’s Sverre Bjertnæs and India’s Anish Kapoor. 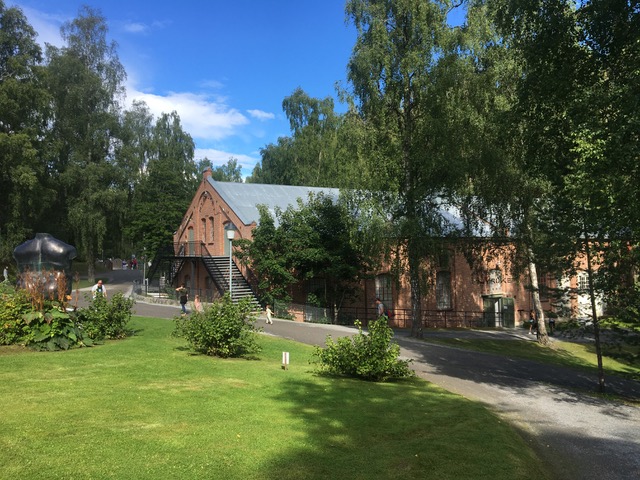 The setting itself is worth a visit, many commentators have noted. Visitors can also wander through the vast sculpture park, visit Kistefos’ original gallery (above) in one of the old pulp mill buildings, picnic along the river, turn children loose on a creative outdoor playground, visit the industrial museum or some of the complex’ historic buildings like the furnished home where the pulp mill’s foreman lived.

This year’s season runs through October 11.