PHOTO FEATURE: The weather was unusually warm on Sunday when Norwegian industrialist and philanthropist Christen Sveaas could finally welcome a government minister in charge of culture to the outdoor and ever-growing Kistefos-Museum he’s created in Jevnaker. Judging by the large turnout, accolades and applause at Kistefos’ season opener, the public’s reception of this summer’s exhibit and new sculpture was quite warm as well. 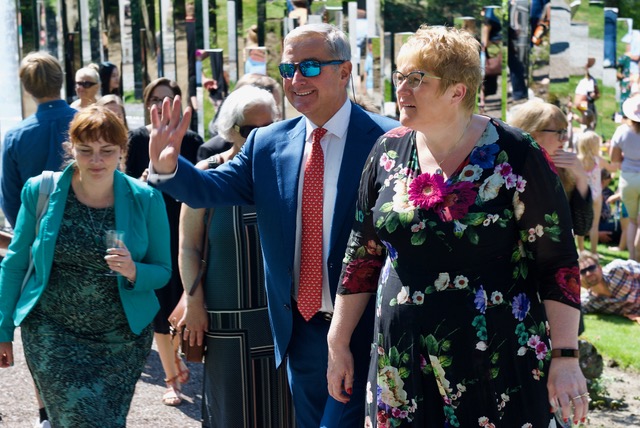 Sveaas himself was all smiles as he showed Norway’s Minister of Culture, Trine Skei Grande, around Kistefos-Museum. He developed the museum on the scenic site of the Sveaas family’s former cellulose plant, and has invested more than NOK 200 million in featuring and preserving the area’s industrial history while also offering an annual art exhibit and outdoor sculpture park. It’s all set along a river that flows through the museum grounds just south of the Randsfjord between the districts of Hadeland and Ringerike. 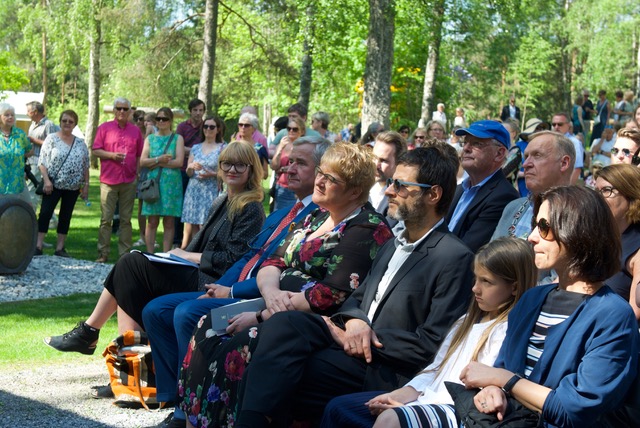 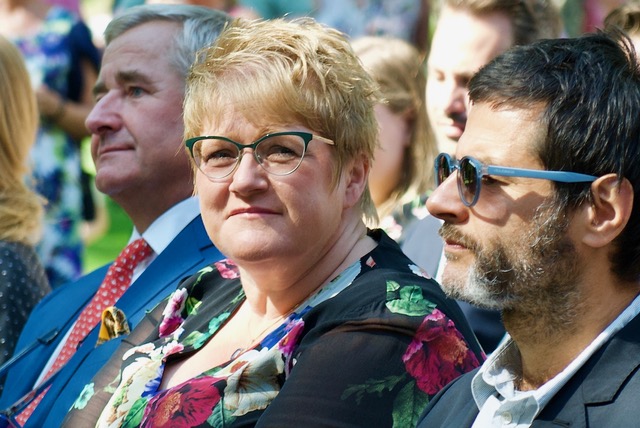 The Kistefos-Museum’s earlier openings have been overseen by Queen Sonja and other government ministers, but museum director Egil Eide noted how Kistefos finally had snagged the culture minister this year “and it was about time.” While 90 percent of the museum has been privately financed by Sveaas, it does now receive some local and state funding. Grande called it “the closest thing Norway has to MOMA or the Tate Modern,” and she thanked Sveaas for the museum that “preserves industrial history and brings contemporary art out to us.” 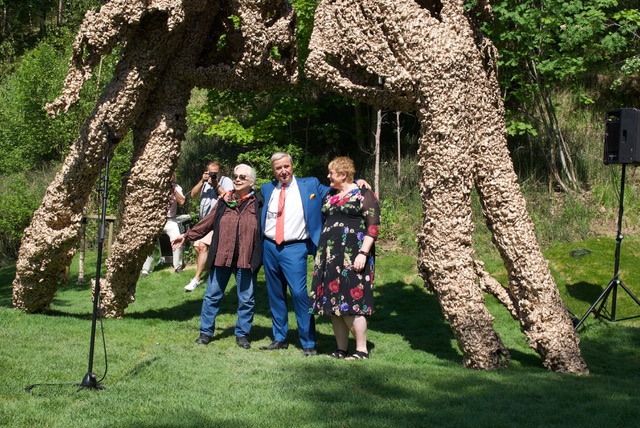 Kistefos-Museum also unveiled its latest large outdoor sculpture, created by American artist Lynda Benglis. It’s called “Face Off” and Benglis claimed she was “really almost speechless” and “deeply honoured” that her latest work of art was placed in the heart of “one of the most beautiful parks in the world.” She posed with Sveaas and Grande amid applause from the hundreds of people gathered around. 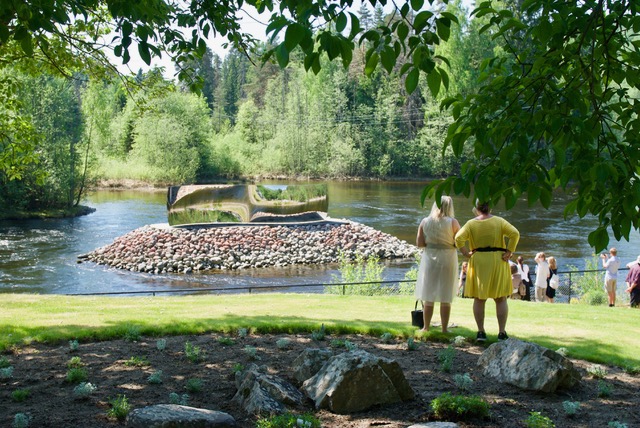 Benglis’ art joins 38 other sculptures and outdoor art installations now located at Kistefos, with space for more to come. A new Kunsthall (Art Hall) is being built over the river, near this installation where the river is dammed up. The new hall is due to open next year. 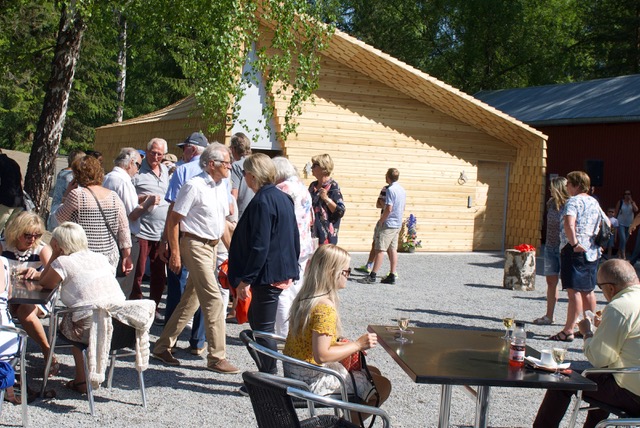 There even was a ribbon-cutting ceremony for the museum and sculpture park’s new public toilets, located in this wooden building designed by the same architect behind the new Art Hall. Kistefos also features exhibits inside its historic industrial buildings plus a museum shop selling locally made products, a smaller art gallery and café. 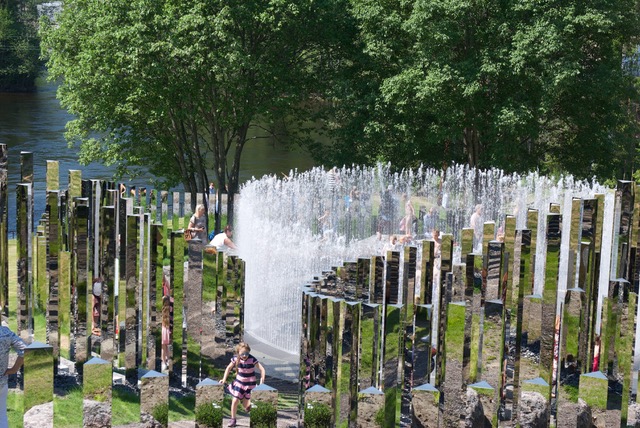 By far the most popular art installation on Sunday’s warm afternoon was this one by Danish artist Jeppe Hein called Veien til Stillhet (Path of Silence). It features a maze of mirrors and fountains that suddenly spring up, and was filled with both children and adults as temperatures approached 30C.