High-profile chef quits in a huff

Eyvind Hellstrøm has thrown in his (dish)towel after nearly 30 years as star chef at Norway’s most exclusive and expensive restaurant, Bagatelle. Hellstrøm told newspaper Dagens Næringsliv(DN) over the weekend that he’s quitting because of a “long-lasting conflict” with the restaurant’s owner, and most of Bagatelle’s staff reportedly will be leaving as well. 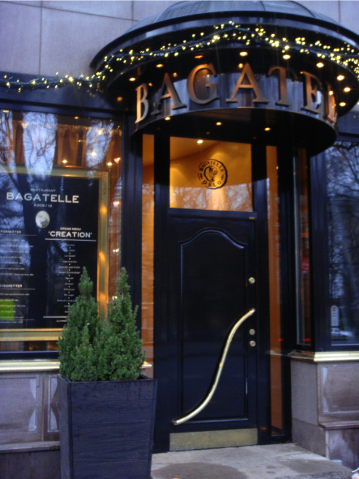 Hellstrøm isn’t known for being modest, and most recently has caught attention for portraying himself as Norway’s version of the UK’s celebrity chef Gordon Ramsay — starring in a Norwegian TV show where he storms into mid-range restaurants, blasts everything from their menus to their decor and attempts to “clean up.” Some restaurant owners who have subjected themselves to Hellstrøm’s wrath have been pleased. Others have quickly gone out of business.

Now Hellstrøm himself seems to be forcing Bagatelle out of business, telling DN he’ll leave as of December 31 because of money quarrels with the man who bailed out Bagatelle in 1996, Christen Sveaas. “It will be difficult to operate the restaurant further after New Year,” Hellstrøm told DN.

Sveaas had been a frequent customer at the high-priced restaurant before he invested in it. Hellstrøm admits that Sveaas supported Bagatelle when the restaurant ran into hard times, but complains that Sveaas didn’t invest enough, didn’t reward Hellstrøm or his staff, and conflicts over money kept growing.

“In bad times we never got a krone extra, and in good times, the profits disappeared into the parent company,” Hellstrøm said of the restaurant where dinner for two can easily cost USD 800. “There wasn’t anything left for the employees or myself.”

Sveaas didn’t respond to requests for comment, so his side of the story isn’t immediately available. Hellstrøm conceded that he and Sveaas likely “have two completely different versions of reality.”

Hellstrøm, age 61, has a record of losing his temper. Several years ago, some of the workers in his kitchen complained of being bullied and abused. When newspaper Dagens Næringsliv gave Bagatelle a relatively poor review, Hellstrøm wrote a livid response to the paper, exclaiming to its journalist “F*&! you!” (In English, no less.) One of Oslo’s other top chefs, Bent Stiansen, recently complained that Hellstrøm’s “bullying” threatened to scare young chefs away from the business.

Hellstrøm’s restaurant career also has cost him two marriages, reports DN, and he suffered the loss of one of his two Michelin stars. He later won it back and complains Sveaas wouldn’t finance efforts to win a third star.

Staff members told DN on Monday that turnover has been high at Bagatelle, with cooks generally lasting around 18 months to two years. They noted, though, that cooks “must move around, to develop,” and restaurant manager Niklas Johansson claimed “we who work here are like a family. When the core goes, it’s natural others go, too.” DN reported the staff of around 20 will leave after New Year as well.

Hellstrøm insists he’s not bitter, despite his highly public resignation. “I’m actually relieved,” he claimed. “Now I will use my time on something else,” he added, mentioning more books and more TV.