Bagatelle to close before Christmas

The closure of what’s widely regarded as Norway’s best restaurant, however, will only be “temporary,” says its owner and long-time supporter Christen Sveaas. He told newspaper Dagens Næringsliv (DN) on Tuesday that the highly public resignation of Bagatelle’s chef over the weekend led to a “mutiny” but also is a “relief.” 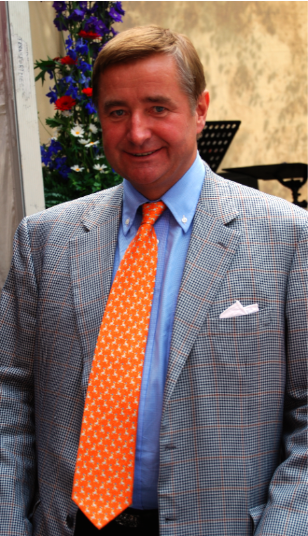 DN broke the news on Saturday that Bagatelle chef Eyvind Hellstrøm was resigning as of December 31. On Monday DN reported that Hellstrøm’s staff was quitting as well. Now it seems they’ll all be leaving even sooner than expected.

Sveaas stayed silent through the weekend, but decided to answer DN’s questions via e-mail on Monday. He called the resignations a “mutiny” in the e-mail, in which he consistently misspelled Hellstrøm’s first name.

Sveaas wrote that he and “Eivind” originally were “brought together” by a mutual love of “the good meal and the good wine.” He said they also “shared the ambition” that Bagatelle “should be Norway’s best restaurant.”

Asked to respond to Hellstrøm’s complaints that Sveaas failed to invest enough in the restaurant, Sveaas said that “here Eivind knows better.” Sveaas claims he has lost a total of as much as NOK 4 million during his years as a major shareholder, but called the loss “a nice way of contributing to the development of Norwegian gastronomy.”

Now Sveaas equates the resignations of Hellstrøm and his staff as “a mutiny” that “unfortunately” means “we no longer can serve our guests after December 21. Bagatelle will therefore be temporarily closed.”

He went on to write, however, that “the mutiny at Bagatelle gives me a good opportunity to think new and eventually create an even better and more exciting Bagatelle.”He wouldn’t comment on reports already circulating that he’s negotiating with another top chef, Jonas Lundgren, about taking over after the 61-year-old Hellstrøm.

Sveaas had some charitable remarks about Hellstrøm, calling him “a fabulous cook, one of the best in Norway,” and claiming that “some of my best meals” were prepared by Hellstrøm.

The pair couldn’t agree on a price, he said, when Hellstrøm reportedly tried to buy Bagatelle back from Sveaas. “Eivind delivered his first written resignation in March 2008, and it’s therefore a relief that this situation is now clarified,” Sveaas wrote.

Hellstrøm flatly denied he had delivered a resignation notice earlier. He also told DN that he objected to the term “mutiny,” calling the mass resignation a result “of a lack of information from the owner.”

One thing is clear, according to DN: Bagatelle’s fortunes have risen and fallen in line with the stock market. Last year was therefore a bad year for the restaurant, with poor operating margins.. Sveaas said losses so far this year had amounted to around 1.2 million by the end of October.