The Norsk Folkemuseum, known for its centuries-old wooden houses (photo) , warned it would need to cut staffing and opening hours next year because it wasn’t able to balance its budget. Funding has been tight for years, says its director, who called the situation “unworthy” for the open-air cultural institution in Oslo. State officials came up with emergency funding. 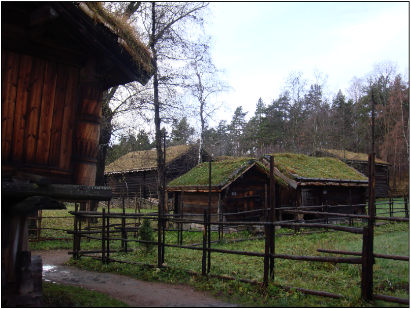 “The museum simply isn’t able to carry out its duties in a responsible manner,” museum director Olav Aaraas told newspaper Aftenposten . Its payroll takes up fully 70 percent of its current budget, eating up all the funding (NOK 87 million) provided by the state. The museum generates the rest of its income itself.

Aaraas pointed out that two-thirds of the museum’s exhibit space is already closed, because there’s no money to keep it open, and two-thirds of its treasures are stashed away in storage. That includes sleds from the 1600s, old weapons, furniture and artworks.

The museum hasn’t had funding to fill 13 open positions, meaning a staff reduction of around 10 percent. That in turn would mean closure of several of the old wooden houses at the museum, a reduction in opening hours and indefinite cancellation of major planned investments.

Aaraas said he had thought state authorities would allocate more funding to the museum in the budget for 2010, “but that didn’t happen.” He said he and his staff warned the Ministry of Culture about the “serious situation” at the Folkemuseum in 2008.

The budget shortfall comes despite strong sponsor income and visitor traffic. Around 250,000 persons visit the museum every year and thousands were there just this past weekend, in connection with annual Christmas exhibits and events.

A spokesperson for the Ministry of Culture confirmed the ministry “had been informed” of the budget imbalance and said a meeting with museum management would be held in January. On Tuesday, though, Culture Minister Anniken Huitfeldt came up with NOK 5 million in emergency funding.

Huitfeldt said ministry officials had miscalculated the effect of an exemption for the museum from Norway’s 25 percent value added tax. Museum officials were glad to get the extra funding, saying it at least would allow opening hours to remain as they are.

Opposition politicians, however, blasted the government for neglecting the Folkemuseum and claimed more long-term funding was needed. They demanded that the ministry hammer out a better financial future for the museum, by next spring.