The Norwegian Nobel Committee has once again received a record number of nominations for this year’s Nobel Peace Prize. Interest in the prize soared last year when it was awarded to US President Barack Obama. 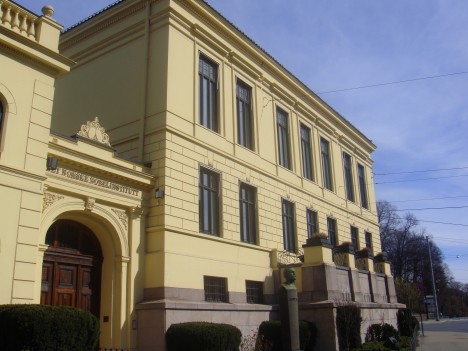 Norwegian Broadcasting (NRK) reported Wednesday that the Nobel Institute in Oslo (photo) has received a total of 237 nominations eligible for review, up from 205 last year, which also set a record.

Of the nominations received, 38 are organizations and the rest individuals.

The deadline for receipt of nominations was February 1. The list of the candidates is, as always, kept under wraps, not to be made public for 50 years. Those making the nominations, however, can reveal their candidates.

This year they include Liu Xiabo, the Chinese human rights activist who has been nominated by several persons eligible to do so. Peace Prize nominations can be made by, among others, former winners, current and former members of the Nobel Committee, members of national assemblies and governments, international judges, university professors and directors of peace research organizations.

Also nominated are three other Chinese dissidents, Internet creators Larry Roberts and Vint Cerf, and the man behind communications technology that made services like Twitter possible, Tim Berners-Lee.

The winner will be announced on October 8 in Oslo and the prize awarded on, as always, December 10, the anniversary of Alfred Nobel’s death.