Resurrection of a black metal convict

Varg Vikernes, the Norwegian once dubbed the “most notorious black metal musician of all time,” is getting good reviews for his new CD Belus. It was released this week, less than a year after Vikernes himself was released from 16 years in prison after being convicted of murder and arson. 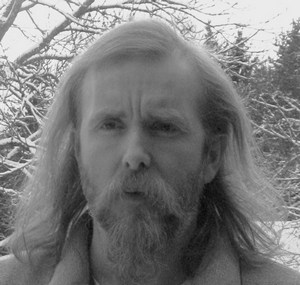 Vikernes is now 37 years old (photo, www.burzum.org) and his official web site claims the new CD is named after “the ancient European solar deity of light and innocence.” That would seem a far cry from Vikernes’ days on the early Norwegian black metal scene, when he joined the band Mayhem, became known as Greven (The Count) and  ultimately was convicted of murdering fellow band member Øystein Aarseth.

Vikernes also was convicted of burning down several historic churches in Norway and was sentenced in 1994 to the country’s maximum sentence, 21 years in prison. After serving 16 years, he was released last May.

Now he lives on a farm in Telemark and is marking “The Return of Burzum,” the one-person music project he launched in 1991. He actually put out two synthesizer-dominated albums as Burzum while still in prison, the last one 11 years ago.

Newspaper Aftenposten reports that the new CD’s return to guitar hearkens back to the early 1990s and thus makes for a “refreshing comeback.”

Vikernes himself writes that the album “has been made according to my heart and spirit, and not to fit into any particular genre or category, or to live up to anyone’s obvious expectations.” He claims he simply has “made more and better music on the guitar rather than on the keyboard.”

The album revolves around the deity Belus, his death, “his sombre journey through the realm of death and his magnificent return.” It’s meant to be “an entertaining story” about something that once played a major role in the formation of Europe.

Vikernes claims his inspiration derives from fairy tales and myths, classical music, the wind and weather, from misty mountains and fantasy, and “from memories of what once was.”

Nostalgic, perhaps, but Aftenposten described the CD’s long cuts as “hypnotic” with “melancholy folk tones,” and a step back to the roots of black metal.