A new book on relations between Swedes and Norwegians describes how changing dynamics have shifted the balance of power between the two neighbouring countries, to the point where even some old jokes now need to be altered. 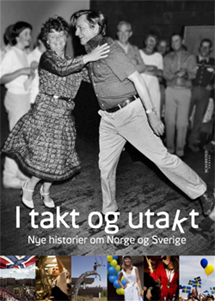 Swedes used to joke that when a flight from Stockholm was ready to land in Oslo, the pilot would tell passengers to “turn back your clocks 10 years.” Sweden was viewed as far more progressive and dominant, with its larger population and industrial wealth, but now that’s changed.

The book (I takt og utakt, Nye historier om Norge og Sverige – roughly translated:  “In and out of step: New stories about Norway and Sweden”) notes how Norway’s new oil wealth has helped the country not only catch up with its “big brother” but by many measures come out ahead.

With Norway’s strong economy, the thousands of Swedes now working in Norway’s service industry and Norwegians regularly going on real estate and shopping sprees in Sweden, some Swedes are worried the balance of power has shifted over to the Norwegians’ advantage.

Swedes and Norwegians have long had a special relationship, characterized by good will but also no small degree of tension or even envy. Now Sweden’s most popular talk show host is a Norwegian (Fredrik Skavlan), which newspaper Dagbladet believes symbolizes the changing times.

The book was edited by a longtime Swedish correspondent in Oslo, Björn Lindahl, and the former editor-in-chief of Swedish newspaper Dagens Nyheter, Arne Ruth. They compiled contributions by Swedish author Henning Mankell, Norwegian poet Jan Erik Vold several other commentators who examine, among other things, why young Swedes have moved to Norway and Norwegian retirees to Sweden.

The book isn’t available in English (at least not yet) but published by Schibsted Forlag (external link), whose parent company owns major media outlets in both countries.