Portrait of Norway’s ‘powers that be’ 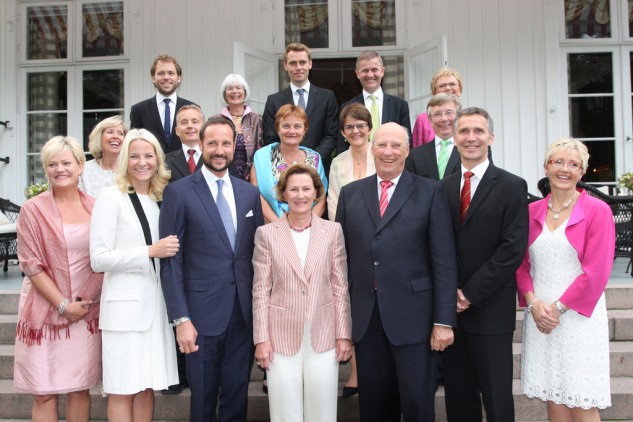 It’s traditional for King Harald and Queen Sonja to invite the politicians forming Norway’s government (cabinet) for seasonal dinners, but this year’s pre-summer gathering was a bit different. Instead of a formal affair at the Royal Palace, the lawmakers and members of the royal family got together at the newly remodelled summer palace on Bygdøy, the peninsula in Oslo that also houses many of the country’s major museums. The Office of the Prime Minister recently released this group portrait of the royals and their government guests: