Making the most of the mountains

A trip to the mountains for a final fling of spring skiing during the Easter holidays is a Norwegian tradition that many won’t give up, even when there’s precious little snow left for skiing. 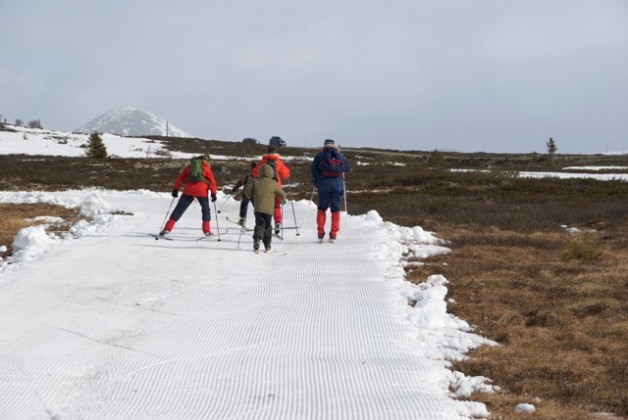 These determined skiers were spotted over the weekend on the remnants of a ski trail in the popular area known as Ringebufjellet, just east of Gudbrandsdalen. 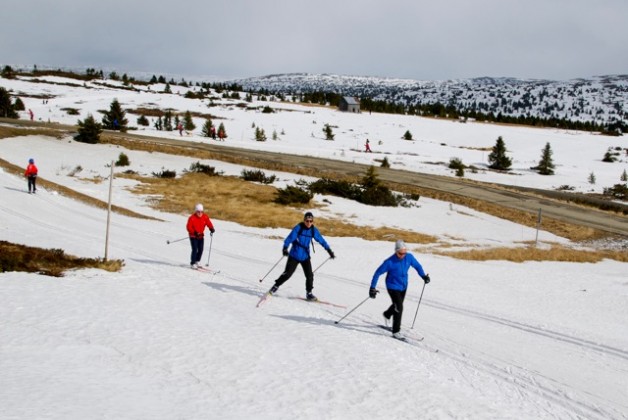 Skiers elsewhere also defied strong, bitterly cold wind and rock-hard ski tracks that local enthusiasts had done their best to groom. It was the best on offer in areas usually known for brilliant skiing conditions well into the springtime, like here on the mountain plateau above the Hafjell ski resort. 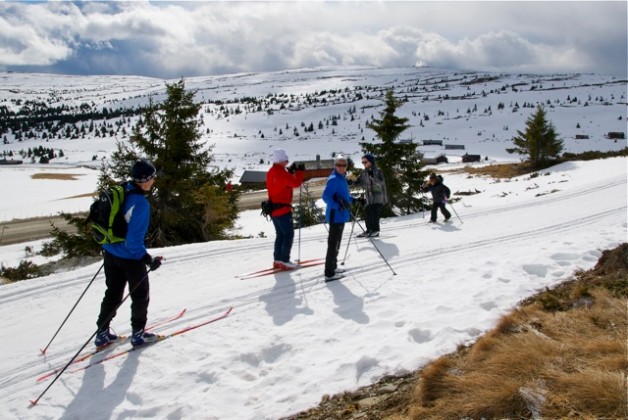 This year, however, an unusual spate of record-high temperatures in March caused challenges for ski areas all over southeastern Norway. Conditions were better at higher elevations in Jotunheimen, Finse and elsewhere in western Norway — also here on trails near Pellestova. Windy weather and some sudden snowstorms in the west, however, were prompting warnings on Monday of both high avalanche danger and tough going for those making long treks in the wild.

The landscape, meanwhile, remained breathtaking despite the lack of powder snow, and many Norwegians just savoured the scenery either from hytte or hotel terraces or with a walk along snow-free roads. Here, the view towards Rondane National Park from Spidsbergseter.