PHOTO FEATURE: Thousands of Oslo-area residents defied another grey and gloomy weekend to head for local hills and forests in the hopes of a good ski trek. Oslo’s metro was packed and the trails crowded in some areas, despite some challenging conditions, as Norwegians answered a cultural call to get outdoors and move. 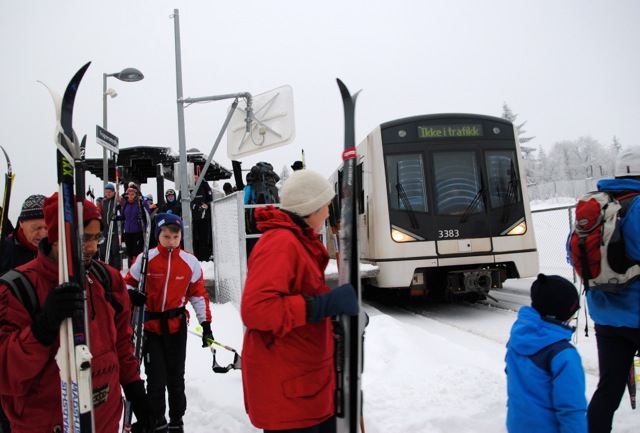 The metro line up to Frognerseteren in Oslo was, as usual, a popular mode of transport from the city to the great outdoors. On Sunday, the snow turned to rain in some areas as temperatures rose, but the local trekking association DNT nonetheless hosted its annual Kom deg ut (Get yourself outdoors) day, to inspire folks to experience and enjoy Norwegian winter. 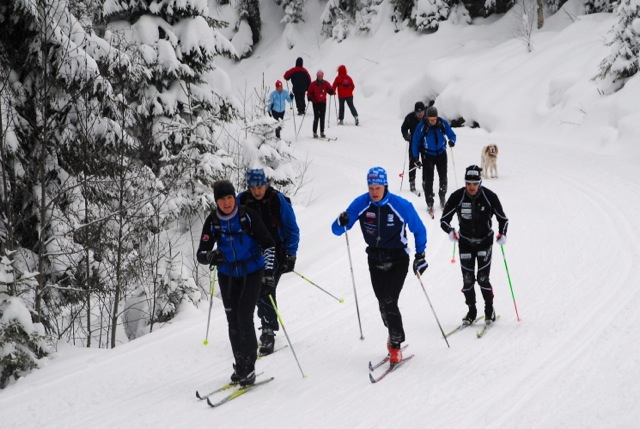 Even though it had been snowing almost every day for weeks, the snow has often been light and difficult for trail groomers at the local association Skiforeningen to pack. Skiers were warned that rocks and bushes may still stick up from trails, and that it was best to stick to the flatter forest roads that become prepared ski trails in winter. 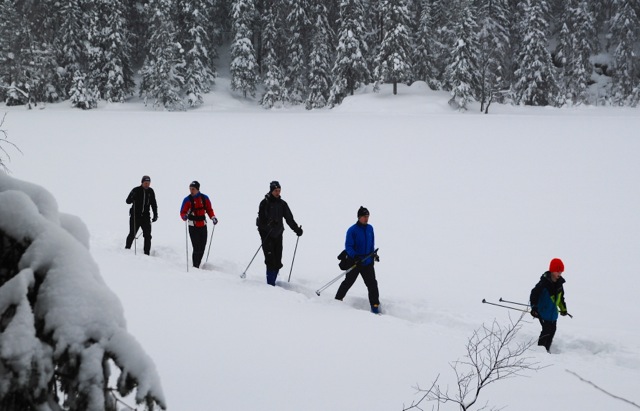 Warnings also remain in place that not all the lakes in the hills and forests known as marka have frozen well enough to make the ice secure. Unusually warm weather earlier in the season, coupled with snowfall that later insulated the water has prompted officials to advise skiers to only ski over lakes where there are trails. Some lakes have been cordoned off, to warn skiers they’re unsafe. 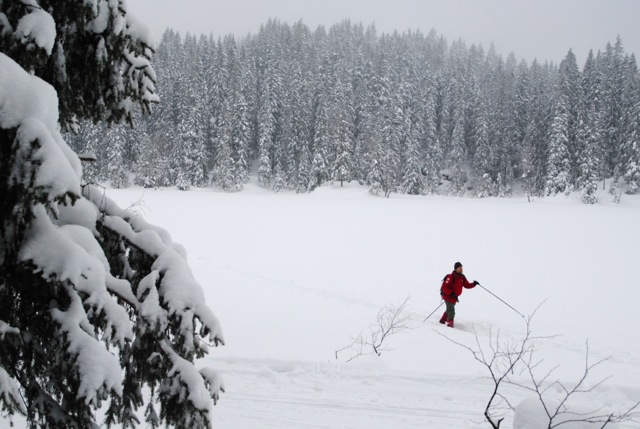 Some skiers still managed to enjoy a solitary moment skiing over a lake after leaving the crowds behind. 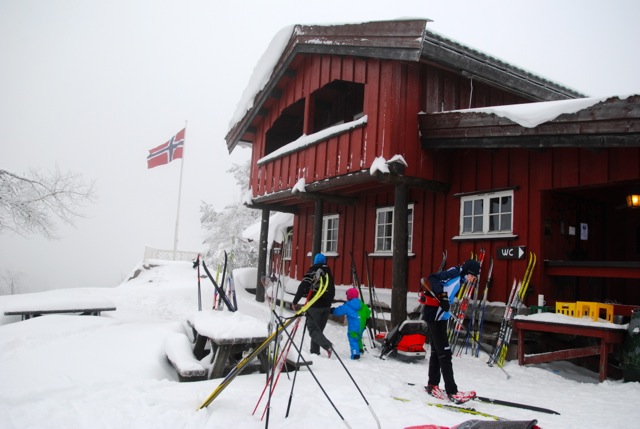 Lodges were open to welcome skiers in for fresh baked goods and warm drinks, like this classic old timber building, Skjennungstua, located between Frognerseteren and Ullevålseter, both of which also offer warmth and refreshments.