PHOTO FEATURE: The reds, golds and deep greens of autumn have been firing up local landscapes in Norway during the past few weeks, not least around Oslo. The brilliant leaves are constantly threatened by wind and storms blowing in, but the hills were still alive this past week with some breathtaking views less than an hour from downtown. 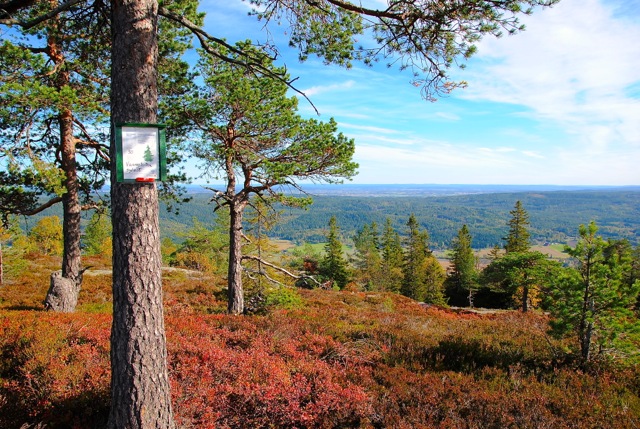 This was the view from a scenic plateau just downslope from the top of the Varingskollen ski center in Nittedal, north of Oslo. The spot has attracted some avid hikers lately because it warranted a post in the new edition of a popular program aimed at making people more familiar with the hills and forests around Oslo called Kjentmannsmerket, sponsored by the ski association Skiforeningen. The program has its own fan club of sorts called Kjentmannsmerket’s Friends (external link). The view looks southeast to the valley of Nittedal, the hills of Romeriksåsene and the large lake called Øyeren. 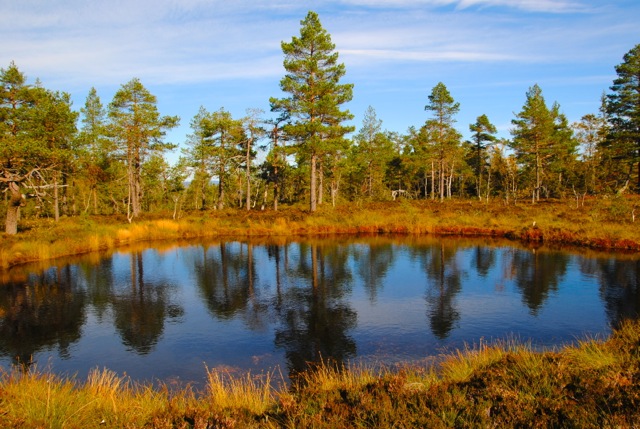 This idyllic pond called a tjern was found just below the lookout point, which also offered a unique view of both Øyeren and parts of the Oslo Fjord. To get there: Take the train to the Åneby or Hakadal station on the line running between Oslo and Gjøvik, or drive State Highway 4 north to the free parking lot near the Hakadal station. From Åneby, follow the blue-marked trails up to Varingskollen. For a longer and more gradual climb, follow the blue signs and trails from Hakadal up Svartbråtebakken and south on Greveveien until the trail takes off to the left up to Varingskollen. Best to have a trail map for Nordmarka, available in local book- and sporting goods stores, or the Kjentmanns’ book itself, available from Skiforeningen (external link, Norwegian only). 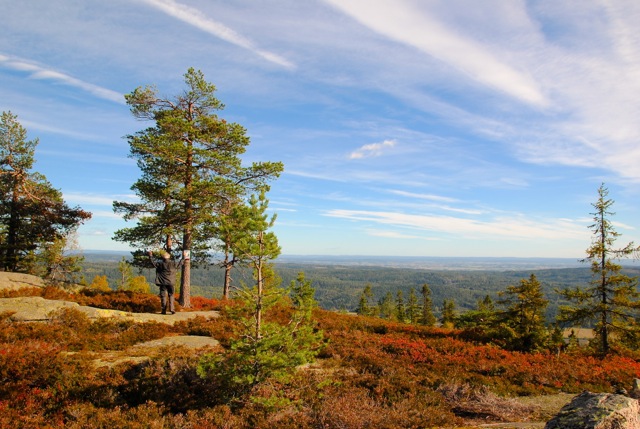 The hike takes around 90 minutes from Hakadal, much of it on forest roads that also offer some fine views. The top of Varingskollen itself also offers views in other directions but includes equipment and buildings tied to its alpine skiing operations in the winter. The plateau, known locally as Vesleåsen, is much prettier and offers several fine spots for a picnic.