‘Godt nyttår,’ Happy New Year to all our readers

As the sun set not only on Oslo’s Aker Brygge on New Year’s Eve but also on 2014, we’d like to wish our readers “godt nyttår” from our base here in Norway’s capital, and share a few more holiday photos. 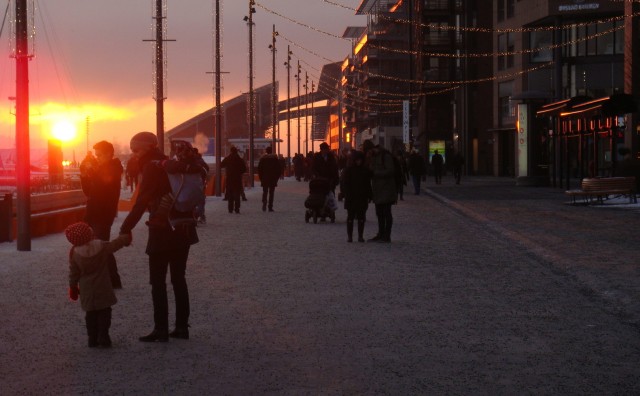 This photo was taken just after 3pm on New Year’s Eve, as a surprising number of folks strolled along Oslo’s otherwise quiet waterfront on the last day of the year. Clearly, not all Norwegians are off on skiing holidays in the mountains, although many are. Later in the evening, the nearby plaza in front of Oslo’s City Hall was expected to be filled with people watching the city’s annual display of fireworks. 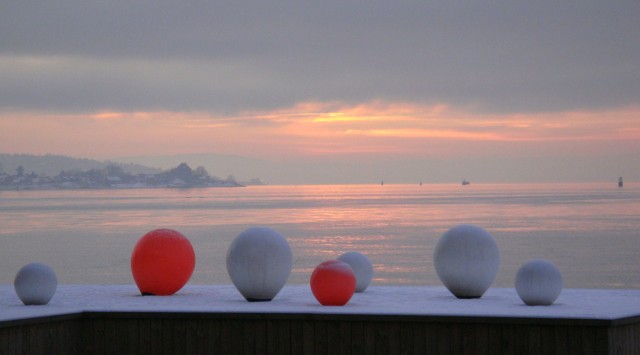 After the sun dips below the horizon, a long sunset follows. The version on New Year’s Eve illuminated the Oslo Fjord in a soft, frosty winter light. This view is from the tip of Tjuvholmen, featuring some of the new residential and commercial complex’s artworks. 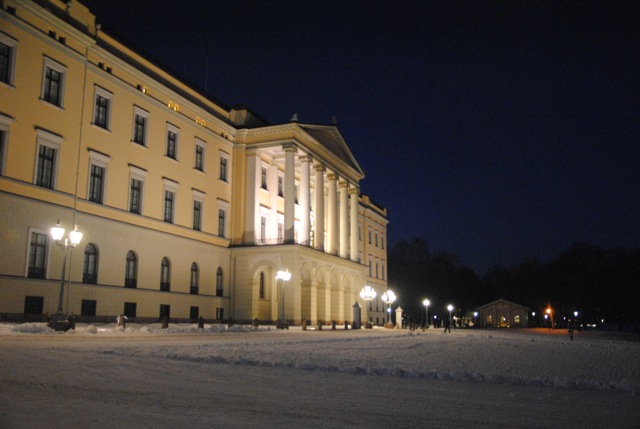 As darkness fell, Oslo’s Royal Palace lights up as always. King Harald V would broadcast his annual address to the nation at 7:30pm, and then New Year’s Eve dinners and parties would begin if they hadn’t already. With many restaurants closed on New Year’s Eve, unlike in other cities around the world, Norwegians often entertain at home and head outdoors for fireworks after dinner.

Once again (in English this time), “Happy New Year” from newsinenglish.no, and  as the Norwegians would say, takk for det gamle – literally, thanks for the old year, too!