PHOTO FEATURE: The famed Northern Lights have continued to shimmer in the skies over Northern Norway this winter, thanks to solar storms on high and clear weather on the ground. Here are some recent images taken around scenic Lyngen in Troms County.

Tourists keep flocking to Norway’s northern counties of Nordland, Troms and Finnmark in the hopes of catching a glimpse of the Northern Lights, known locally as nordlys. There are never any guarantees, but visitor Marie Peyre got lucky during a visit to Sørheim Brygge in Lyngseidet. 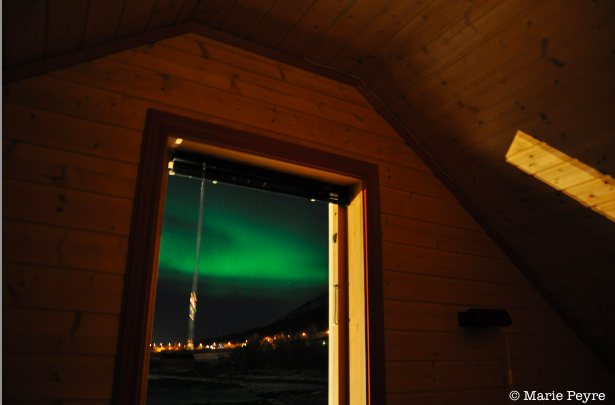 Peyre even managed to photograph the Northern Lights right through her window at the Lyngen Havfiske & Tursenter, when staying in Nord-Lenangen on the northern tip of the peninsula where the majestic Lyngen Alps are located.

The Northern Lights also put on a spectacular display in Lyngseidet, lighting up a silhouette of the alps. State meteorologists claims they’ve been particularly bright the past two years because of solar storms in the upper reaches of the atmosphere.