PHOTO FEATURE: Norwegians could celebrate both Liberation- and Veterans Day in mostly brilliant spring weather from Finnmark in the north to Oslo in the south, and many places in between on Sunday. Flags flew and canons were fired from fortresses around the country, as heroes from World War II to the war in Afghanistan were remembered and honoured. 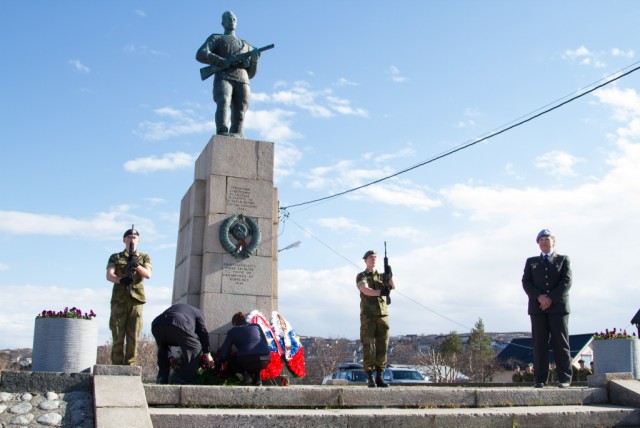 Russia’s General Consul Sergey Shatunovskiy-Byurno in Kirkenes was among those laying down wreaths and flowers at the Russemonumentet (alternately known as the Soviet Liberation Monument and Russian Soldier Monument) in the northern Norwegian city that was liberated from German occupation by the Red Army in 1944. Around 2,000 Soviet soldiers were killed in battle on Norwegian soil, and they were also remembered in Oslo, where the Russian Embassy hosted a reception on Monday hosted by the embassy’s Charge d’Affaires after Ambassador Vyacheslav Pavlovskiy was suddenly called home after six years in his Oslo post, to take on a new job as a top railroad executive in Moscow. PHOTO: Marchus Holm/Forsvaret 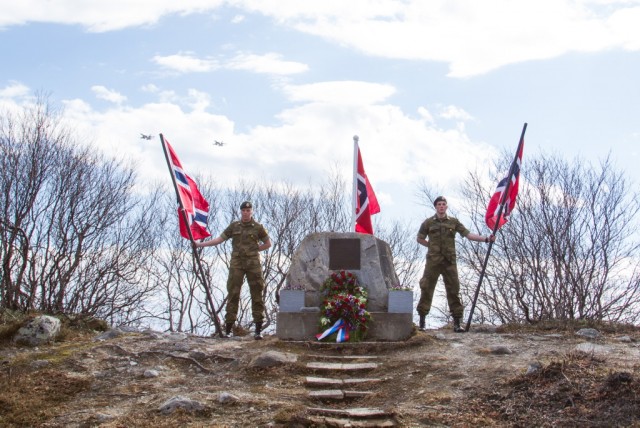 The Partisan Monument at Skytterhusfjellet near Kirkenes was also decorated on Sunday, while fighter jets flew in the background. PHOTO: Marchus Holm/Forsvaret 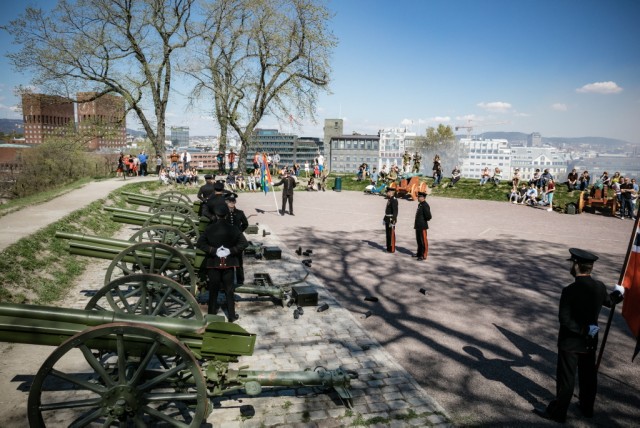 Much farther south, in Oslo, canons roared from the historic Akershus Fortress and Castle overlooking the Norwegian capital, as Liberation- and Veterans Day 2016 got underway. The weather was close to perfect, if even a bit too warm for those in heavy uniforms. Spring sprung almost overnight in southern Norway, with temperatures going from winter (snow last weekend) to summer (24C, 75F). PHOTO: Alexander Sylte/Forsvaret 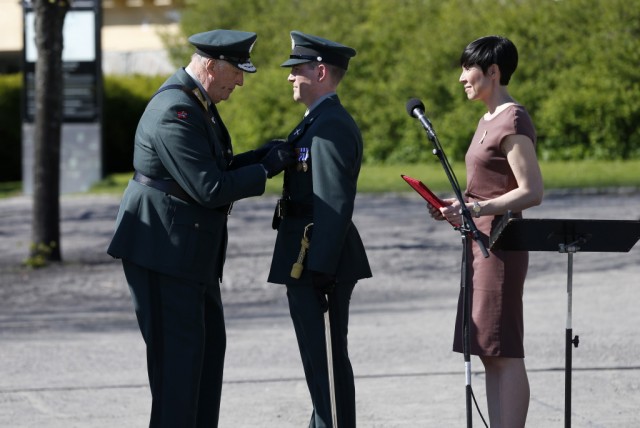 And it was in Oslo that King Harald V bestowed Norway’s highest military honour upon Espen Haugeland, a 37-year-old soldier from Lyngdal who was on duty in Afghanistan when he stopped a suicide bomber from detonating explosives, thus saving many lives. The medal Haugeland received is called the war cross with sword, while 10 other Norwegian soldiers also were honoured for heroic contributions. At right, Defense Minister Ine Eriksen Søreide.