PHOTO FEATURE: Local celebrations of Norway’s Constitution Day on the 17th of May have a lot in common, but they also feature regional variations. Here are some of the highlights of Tuesday’s celebration in the far northern city of Kirkenes, where people were brought into town by the busload to take part in the first of not just one but two local parades. 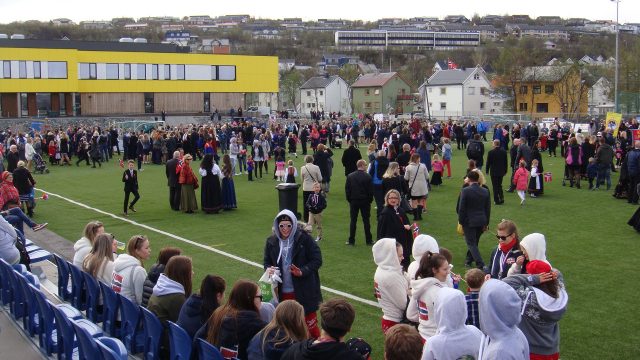 After ceremonial flag-raisings around town at 8am, accompanied by traditional blasts of dynamite in lieu of canons, the action began shortly after 9am at the Kirkenes Stadium, adjacent to the new brightly coloured school. Here’s where all the children from schools and day care centers in Kirkenes, Bjørnevatn, Sandnes and Hesseng assembled along with parents and teachers for the skoletog (school parade). Many took advantage of free bus transportation to Kirkenes, and back home again. There was order to the chaos and the parade began promptly at 10am. 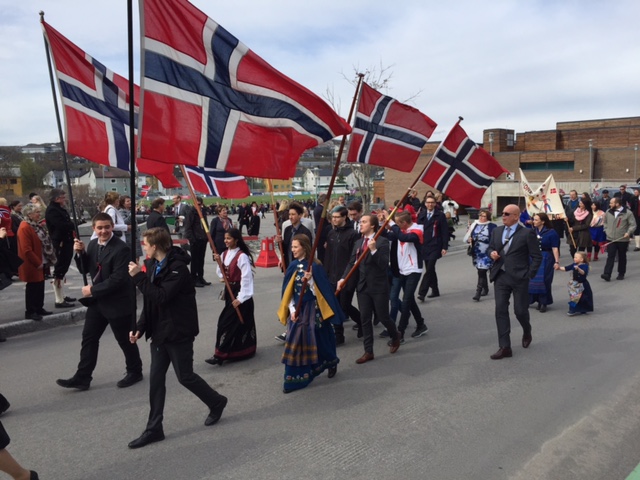 Instead of marching through the center of town, like in Oslo and many other Norwegian cities, Kirkenes’ children’s parade wound up and down local residential streets that were lined with spectators while others waved from their own porches or balconies. The parade was led by local police officials in full dress uniform, and participation by several local day care centers greatly added to the numbers of children waving flags and shouting “hurra!” 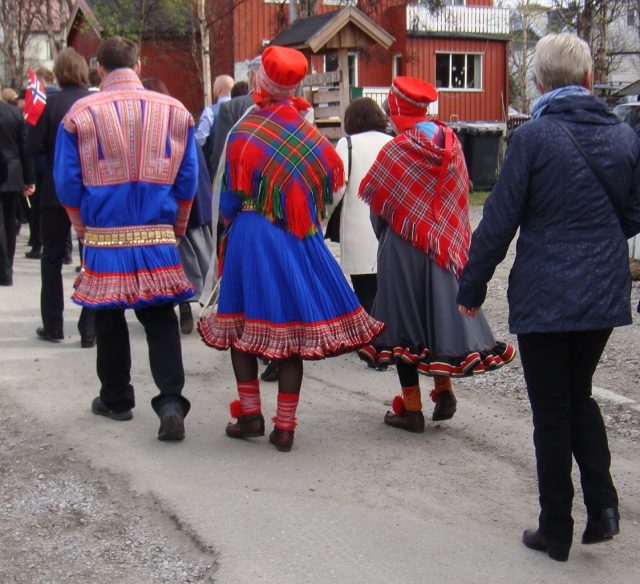 Since this all took place in the county of Finnmark in Northern Norway, there were also plenty of Sami celebrants wearing their own colourful formal wear. It was in sharp contrast to conventional clothing. 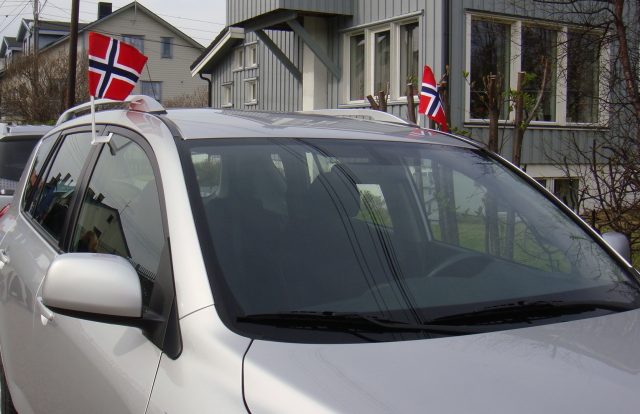 Even many local cars were decked out in flags, which also flew at a majority of homes and all public buildings. Church bells tolled at noon, with a special celebratory service held at 1pm in Kirkenes Kirke. Wreaths were laid at local monuments, and the school was open for mingling and sales of coffee, cakes and traditional sausages. That was followed by a football match between youth from Kirkenes and Nikel in neighbouring Russia, and a traditional relay race in the afternoon. 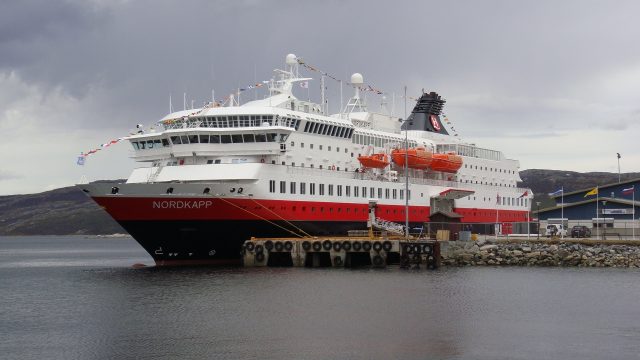 The Hurtigrute ship Nordkapp, which called at Kirkenes on the 17th of May, was also decorated with nautical flags for the occasion and it sailed before the second “People’s Parade” of the day marched through the downtown area from 5pm. It was led by police, local politicians, the 17th of May organizing committee and various civic groups. 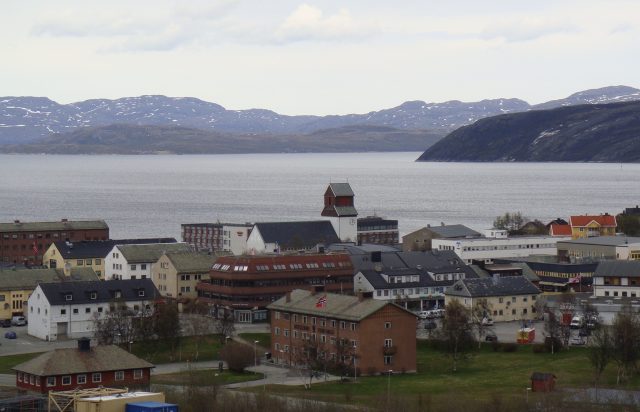 Kirkenes has fallen on hard times again, after a boom period a few years ago. Now the city is trying to restructure its economy with an emphasis on tourism and maritime business from its Arctic port on the Barents Sea. Dark clouds were moving in after the morning celebrations, but it did not rain on Kirkenes’ parades on the 17th of May.