PHOTO FEATURE: Oslo’s new Munch Museum is now rising on the eastern waterfront of the Norwegian capital, influencing the city’s landscape in line with the impact of Edvard Munch’s art. The new museum is further shaping “The New Oslo” through a burst of construction that, like the spring season itself, is bursting out all over. 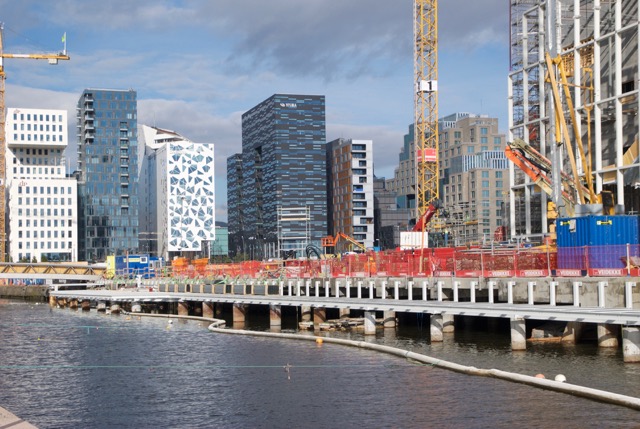 Oslo’s so-called “Bar Code” strip of high-rise office and residential buildings was only recently completed, providing the eastern waterfront called Bjørvika with a distinct new skyline. The view of it from the water isn’t lasting long, though, as the Munch Museum and other adjacent residential complexes rise between the Bar Code and the Oslo Fjord. 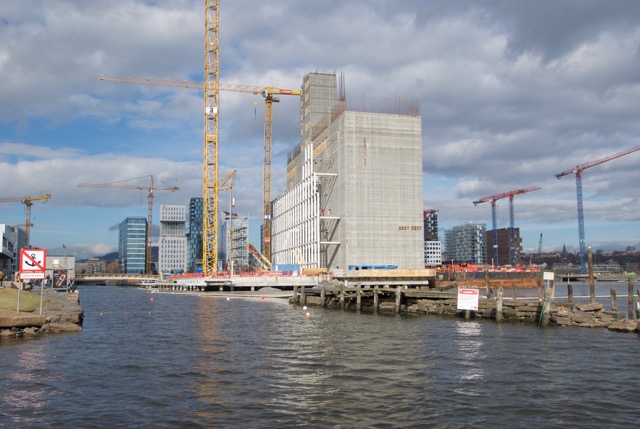 The museum’s cornerstone was laid in a royal ceremony last fall and the building, designed by Spanish architecture firm Herreros, has been rising quickly ever since. It will be filled with the vast collection of Munch’s art that he willed to the City of Oslo himself, and is due to open in 2020. 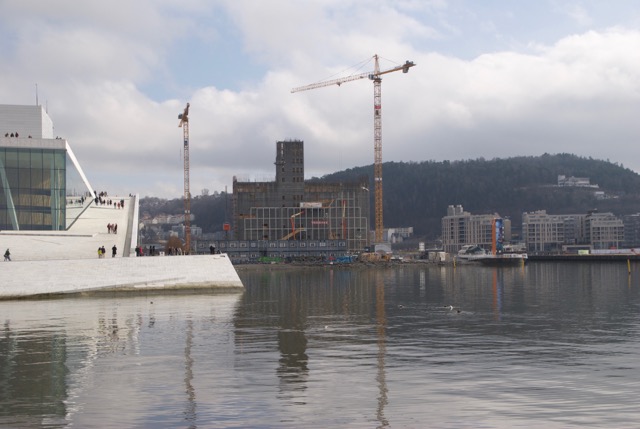 The new Munch Museum, being built next door to Norway’s Opera House (at left), is another major project in the redevelopment of Oslo’s eastern waterfront at Bjørvika that began more than a decade ago. The Opera House opened first, in 2008, and has been followed by the Bar Code office and residential buildings and the new Sørenga residential area seen here at right. They’re located just below the hill known as Ekeberg, where artist Edvard Munch was walking when he was inspired by a sunset to paint his famous Scream. The white building perched on the hill is the landmark Ekeberg Restaurant, which itself is surrounded by a popular outdoor sculpture park. 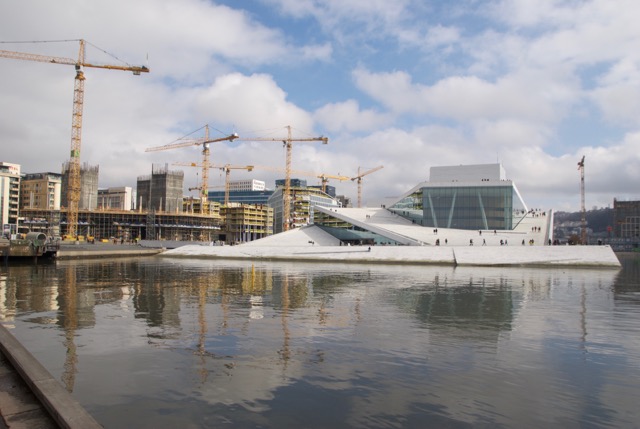 The Opera House is now surrounded by construction projects that are all due to be finished over the next three years. Visitors continue to flock to the Opera, which remains a haven of sanity with fine views over the city and the fjord from its roof. The tops of the Bar Code buildings can be seen in the background, just under all the cranes. 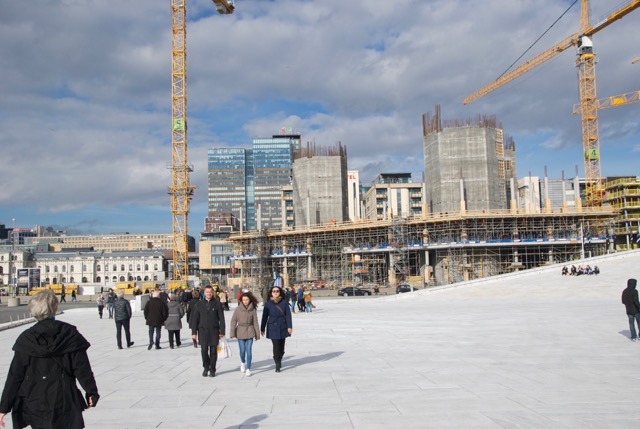 Another landmark project being built just across the street from the Opera House is Oslo’s new city library, called Deichmanske Biblioteket. It’s been plagued by delays and problems stemming from its muddy site and leaks from the fjord, but they were finally addressed so the building can now rise. The entire Bjørvika area is thus slated to be a new cultural hub anchored by the Opera, the Munch Museum and the library, and bound to attract even more visitors in the years to come. At left are the buildings connected to Oslo’s central train station.