The autumn leaves, of red and gold

SEE THE VIDEO: They’ve been drifting past windows, or even framing them. It’s that time of year in Norway, when the nights are cold, the days somewhat warmer but brisk, and the fall colours breathtaking. Here’s a video of the Hagerup Waterfall in the hills above Hakadal, just north of Oslo, followed by some photos of local autumn splendour:

Autumn arrives in Hakadal, Norway from newsinenglish.no on Vimeo. 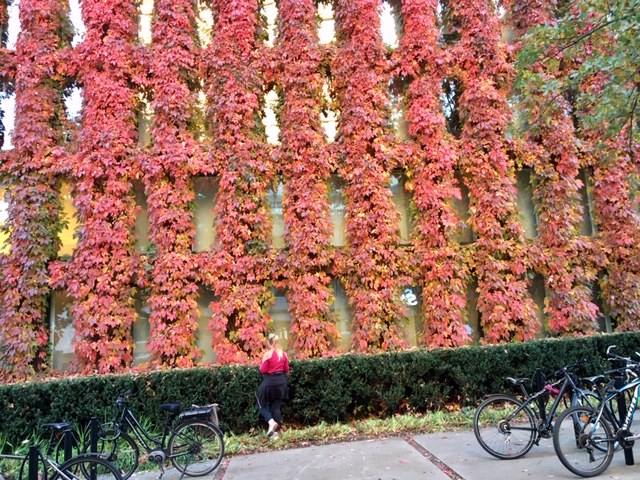 Back in town, the vines covering Norway’s National Library in Oslo are causing passersby to pause and take photos themselves. 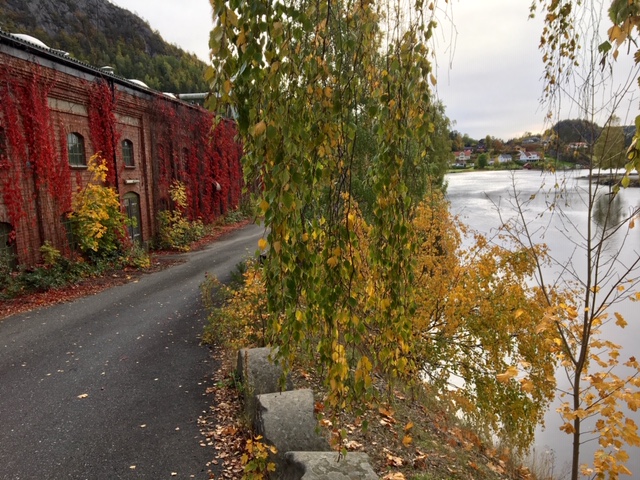 In the southern coastal town of Arendal, the autumn leaves and vines also adorn an old industrial building, in an area still known for its maritime businesses. 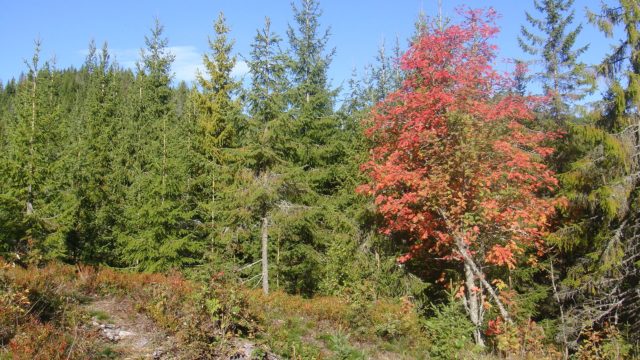 The fall colours have been popping out for weeks now, here in the hills above Oslo, not far from Skansebakken in the valley of Sørkedalen. 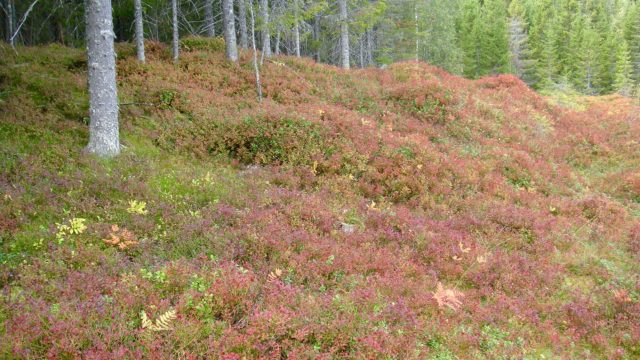 In some areas, the ground cover of blueberry bushes can be as colourful as the trees, like a reddish carpet rolling over the forest floor. 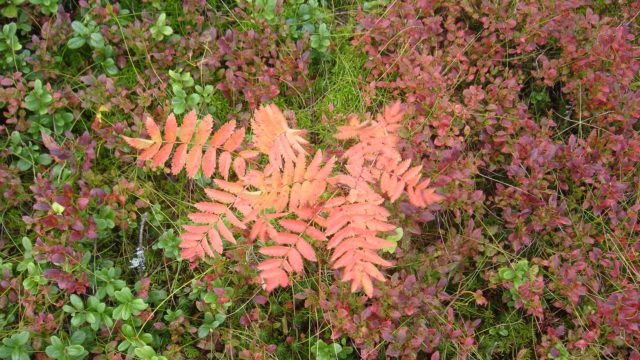 The carpet is just as pretty up close, even though the blueberries have shriveled up and the cloudberries are gone for this year as well.