Canons roared at noon and both the king and prime minister were on hand Thursday to honour Norwegian veterans from World War II. Norway’s Veterans Day is traditionally celebrated on Liberation Day, May 8th, but Corona restrictions forced a postponement of the formal ceremonies for wartime heroes. 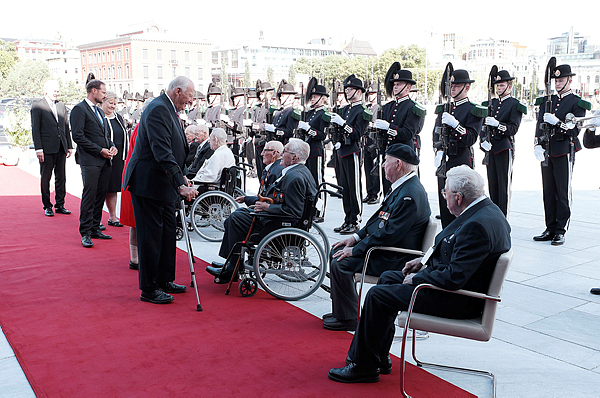 King Harald II, his sister Princess Astrid, Crown Prince Haakon and Prime Minister Erna Solberg were among those gathering at the Opera House in Oslo to greet the World War II veterans and thank them for their contributions during the war years 1940-1945. Veterans who took part in the resistance during World War II, now mostly in their 90s, always receive special recognition, since their efforts helped Norway restore its freedom and democracy after five years of Nazi German occupation. 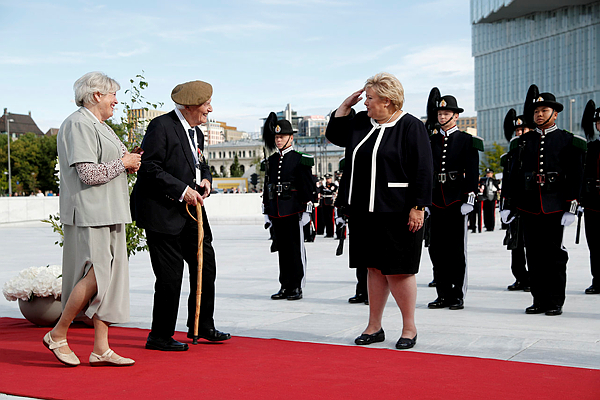 Their ranks are beginning to thin, but Solberg, backed by the King’s Guards, was keen to salute those still able to attend ceremonies that included speeches and musical tributes. 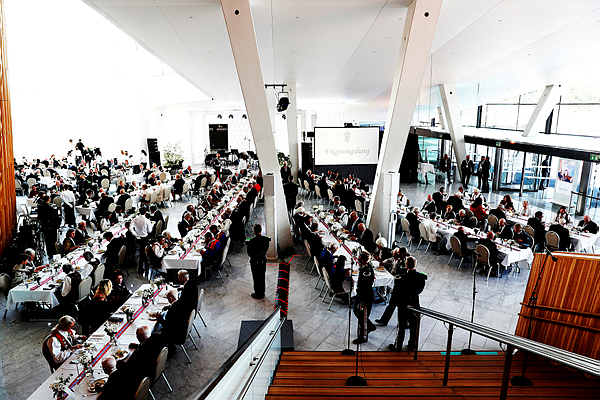 Then they all went indoors for a “Liberation Lunch” hosted in the lobby of the Opera House on Oslo’s waterfront. Defense Chief and General Eirik Kristoffersen raised the “King’s Skål” (toast) to all veterans present, once again expressing gratitude for heroism more than eight decades ago. The crown prince also made a point of noting how Norwegians “must never forget” the struggles and sacrifices of the war years.