Swedes at home and abroad, including those who have settled in Norway, could celebrate Svenska flaggans dag – the Swedish flag’s day – on Monday.  The owners of a cabin in the hills above Oslo could not think of a better salute to all Swedes than this photo taken over the weekend of a feathered friend in blue and yellow, just like the Swedish flag itself. 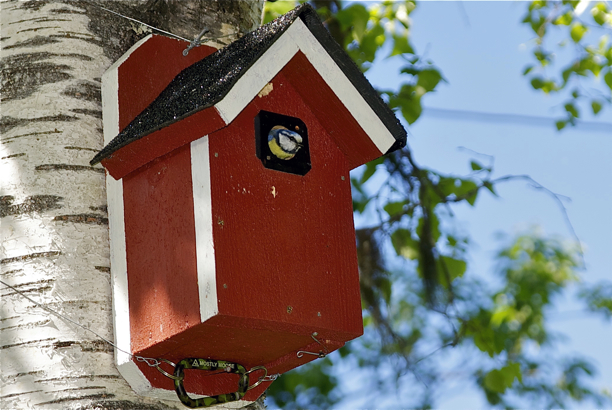 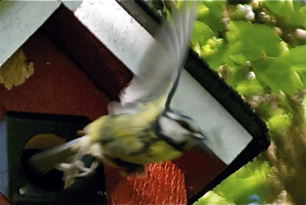 It’s nesting season for Scandinavia’s birds, their song can be heard almost everywhere and many are hatching their eggs in early June. This little one had even settled in a Swedish-style birdie box, painted in Dala-red and white like so many cabins or stugor around Sweden’s countryside. The box was purchased in the town of Karlskoga a couple of years ago. Its current tenants make up a family of Parus caeruleus, known as blåmeis in Norwegian. They’re  quite common in many European countries. In Norway, popular belief has it that the blåmeis acquire their colors during winter holidays in southern Sweden, but the fact is that this tough little fellow does not migrate. Meanwhile, to all our Swedish friends, meighbours and readers, Grattis! Congratulations on the 6th of June!
PHOTO: Morten Møst