Midsummer Eve on the Oslo Fjord

PICTURE STORY: It was pouring rain in Oslo on Friday, which is Scandinavia’s cherished Midsummer Day holiday (known as Sankthans in Norway), but the weather cooperated on Midsummer Eve the night before. That’s when many Norwegians flock to the fjord for outdoor parties, boating and the traditional lighting of bonfires (bål) along the coast. 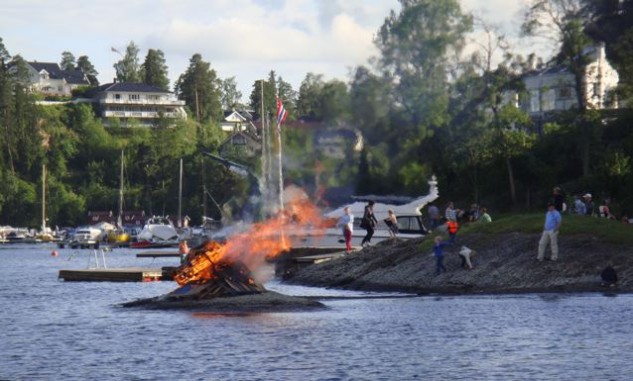 Local officials had reported earlier in the day that permission had been granted for nearly 50 bonfires in the inner Oslo Fjord. The one in the photo above was lit early, perhaps so that the children could enjoy it before bedtime. 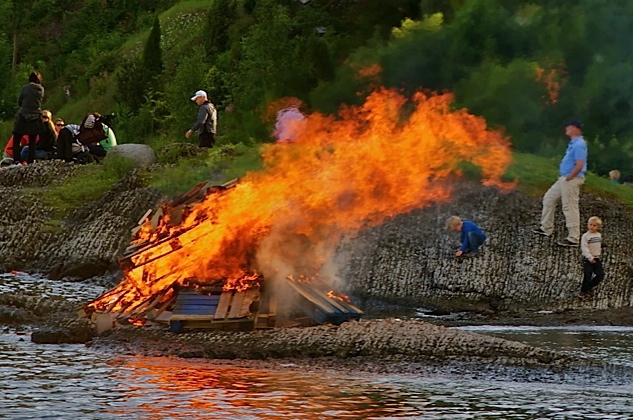 It often takes a bit of time before the bonfires start roaring, but this group at Nesbru, west of Oslo, eventually succeeded. 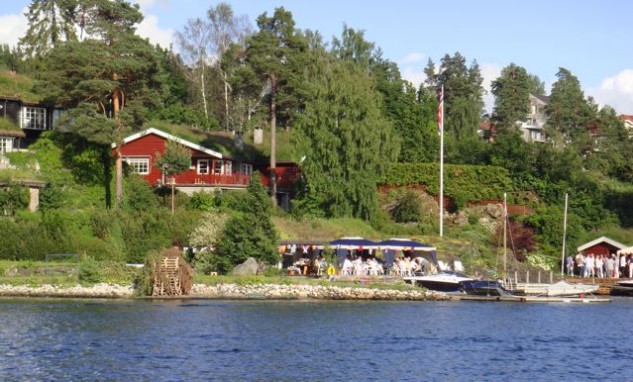 Rainy and cold weather throughout much of June had made the forecast dubious at best for Sankthans, and there didn’t seem to be as many boats on the fjord as in earlier years. But the sun came out in the late afternoon and groups like this one on the island of Nesøya gathered for a festive dinner. The pile of wood at the left of the photo was their bonfire before it was lit. 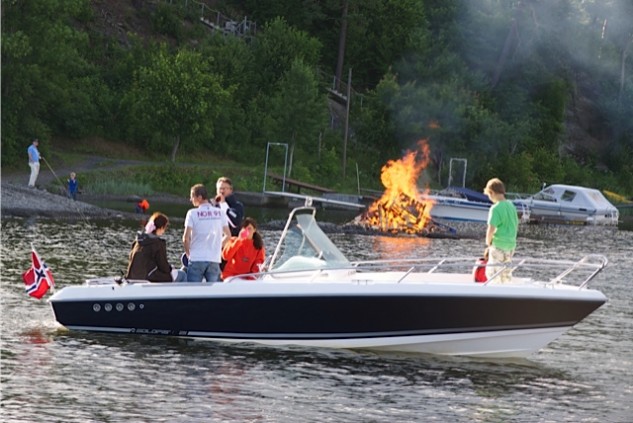 It’s almost obligatory to have a Norwegian flag mounted on boats, especially for festive occasions such as Midsummer – which really isn’t the middle of the summer season, but celebrated during the lightest time of the year, just after the equinox on June 21st. Now the days will start getting visibly shorter. Midsummer Eve in Norway and Sweden is always on June 23, and in Sweden, June 24th is a public holiday. It’s a regular workday in Norway, but many show up a bit late after parties the night before. 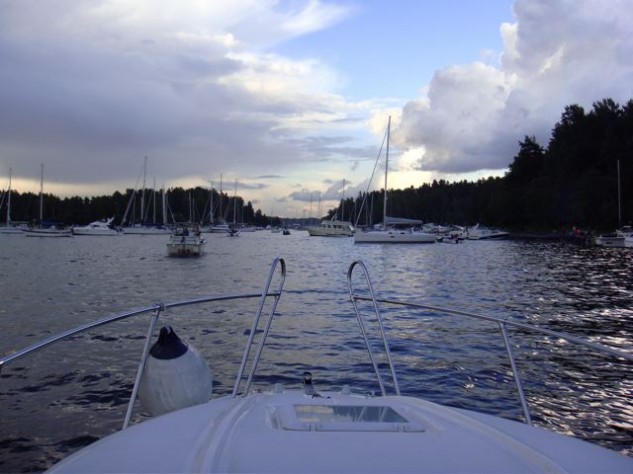 The view heading towards the bay known as Middagsbukta, where many boats anchor up for evening meals. 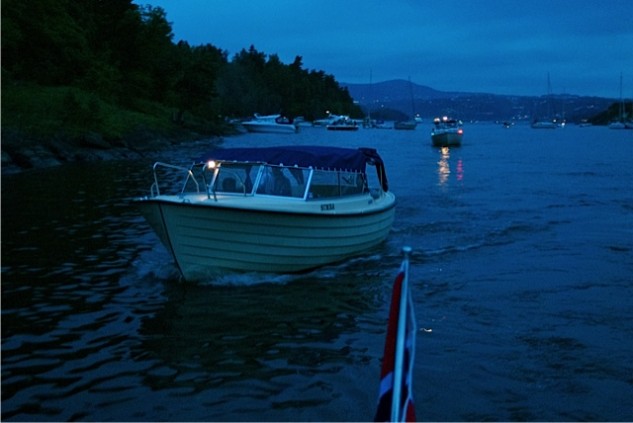 This is about as dark as it gets on Midsummer Eve in Oslo, and this was perhaps darker than usual after more heavy storm clouds moved in late Thursday night. By Friday morning, it was pouring.

ALL PHOTOS: Views and News staff