Moo-ving into a sunny spring

PHOTO FEATURE: A sunny Sunday drive through the hills of Hadeland, north of Oslo, suddenly yielded this group of bovine buddies, soaking up some rays from their barn door as they breathed in the promise of spring. Their view was rather nice as well. 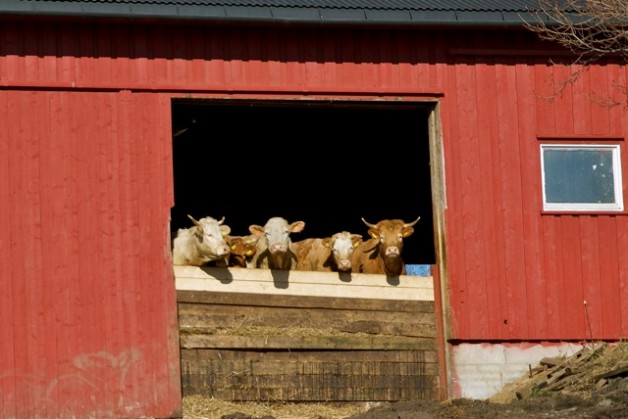 The scene was just off one of the narrow country roads that wind through Hadeland, the rural district that encompasses the communities of Gran, Lunner and Jevnaker. This farm was on the road that leads to the Hadeland Folkemuseum and the historic Tingelstad Church. 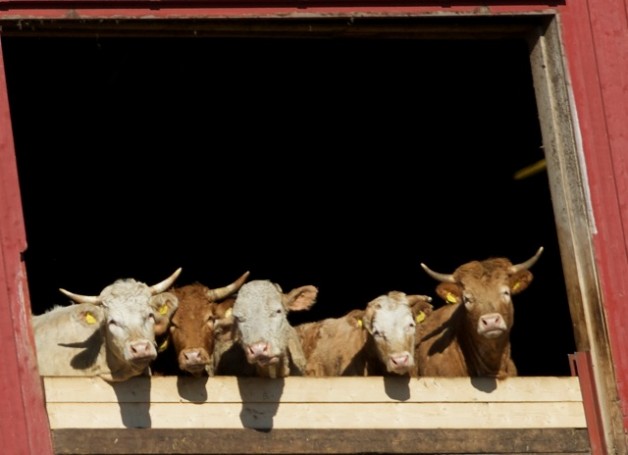 The cattle’s quiet companionship, and their obvious yearning to finally be released from their winter quarters inside the barn, made us step on the brakes and take a closer look. 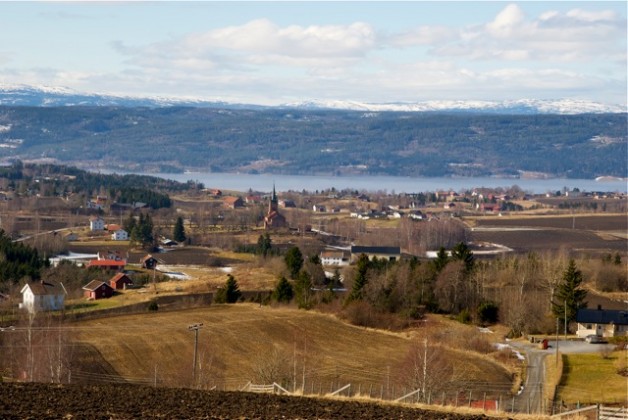 And what were they looking at? Well, just across the hilltop was this springtime scene of Hadeland rolling down to the Randsfjord. In the distance, the mountain known as Norefjell and the still-snow-covered plateaus of southern Norway’s fjellheimen. At the center of the photo is the “new” Tingelstad Church, from 1866. 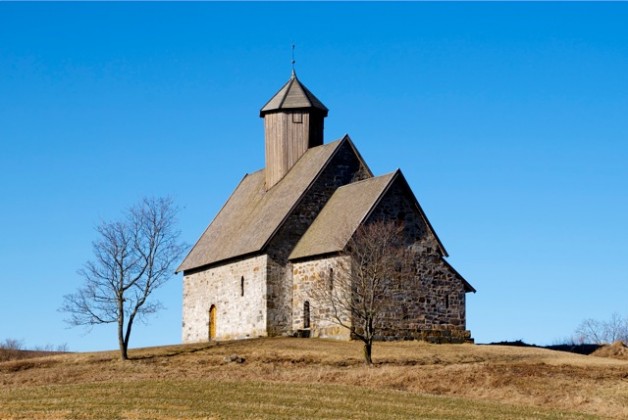 Here, by the way, is the original Tingelstad Church from the Middle Ages, located just up the road from the sun-worshipping cattle. 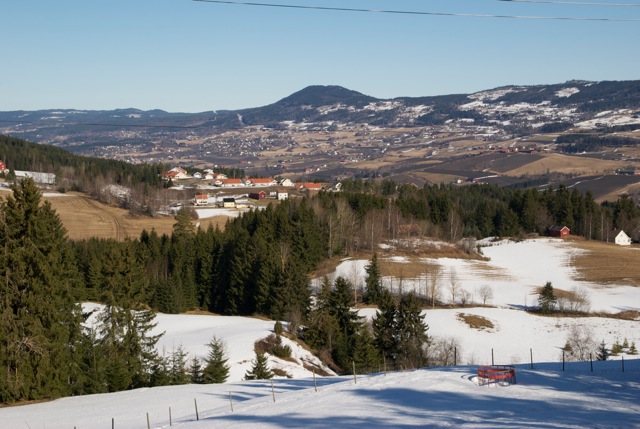 Another view of Hadeland, towards the eastern hills known as Øståsen, where there’s still some snow. The distinctive peak in the center, which towers above the township of Gran, is called Hvalbykampen. The entire area is full of ski trails in the winter, and hiking trails in summer.