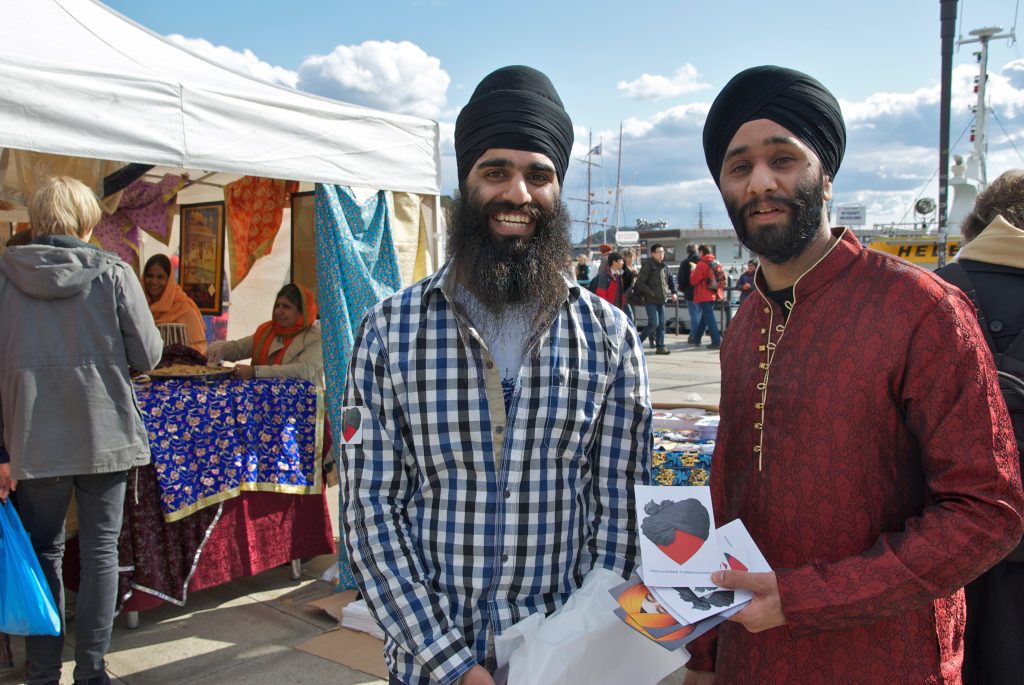 Crowds of Norwegians lined up on the waterfront plaza in front of Oslo’s City Hall on Saturday, and not just to enjoy some sunny spring weather. They were taking part in the third annual Norwegian Turban Day, hosted by Unge Sikher (Young Sikhs) in Oslo to share their culture and demystify the turban itself. 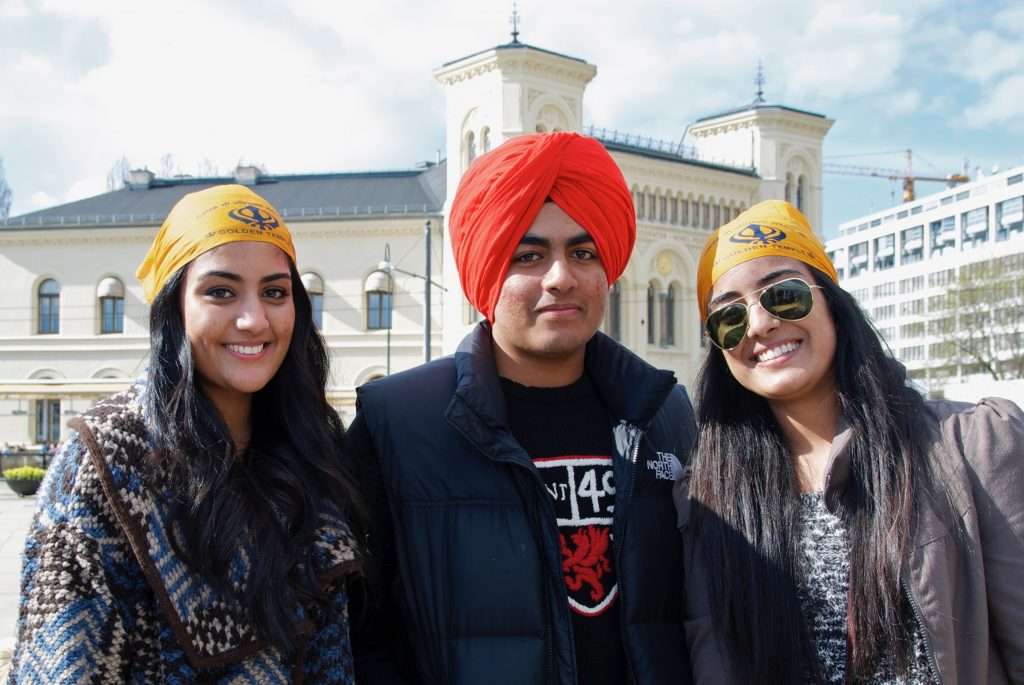 The goal of Norwegian Turban Day was to demonstrate how Sikhs view the turban as a symbol of common human values and solidarity, not religious extremism. There are an estimated 5,000 Sikhs in Norway, mostly living in the Oslo and Drammen areas.

“For a Sikh, the turban is like an equalizer and represents solidarity, but that’s not perhaps the first thing many people think when they see a turban,” Sumeet Singh, one of the initiators of Norwegian Turban Day, told newspaper Dagsavisen. He’s known in Norway for his role in a popular program on Norwegian Broadcasting (NRK), called Lovesikh.

Sumeet Singh and the scores of other Sikhs hosting the event, which offered free turbans and food to all taking part, said they also wanted it to be easier for Norwegians to become acquainted with Sikhs. Many Sikhs were on hand throughout the afternoon to patiently show their guests how to fold a turban and then how to wear it. The idea was that some bonding would occur during the time it took to fold the turban and put it in place.

“We had been talking about what it was that tended to separate us from the average Norwegian,” Sumeet Singh told Dagsavisen. “We understood quickly that it was the turban, and therefore it was important for us to demonstrate what it really represents.”

The event also has coincided with the traditional celebration of the Sikh holiday Vaisakhi. The Unge Sikher group is tied to the Gurduara Sri Guru Nanak Dev Ji temple based at Alnabru in Oslo. The other Sikh temple in Norway is located at Lier, outside of Drammen.

Saturday’s event was highly popular, as it was in the past two years. “For us, this all about removing any apprehension around the turban,” Sumeet Singh said. “Maybe folks will see that wearing a turban doesn’t make you any different than you were before.”

All photos, Views and News