Norwegians intent on carrying out traditional Midsummer celebrations during the weekend had to brave chilly temperatures and rain, sometimes torrential. Bonfires were lit anyway, and the inner Oslo Fjord was among areas aglow. 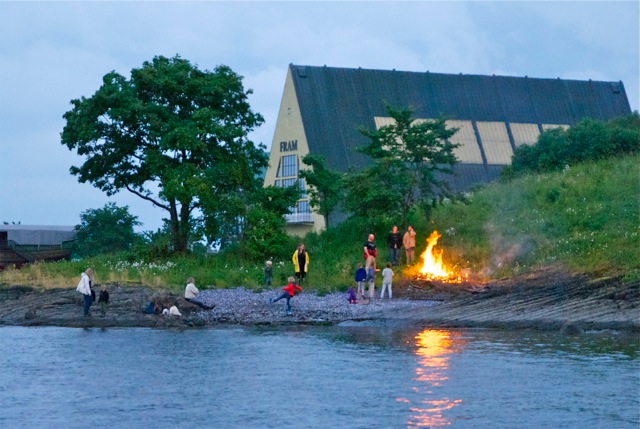 There weren’t quite as many boats out on the fjord as in earlier years, as brisk winds and some turbulent seas kept many in the marinas. Determined groups of celebrants, however, lit bonfires from Tjuvholmen to the islands in the Oslo Fjord just across from downtown and here, at one of the tips of the Bygdøy peninsula. The distinctive A-framed building in the background houses the historic polar ship Fram. 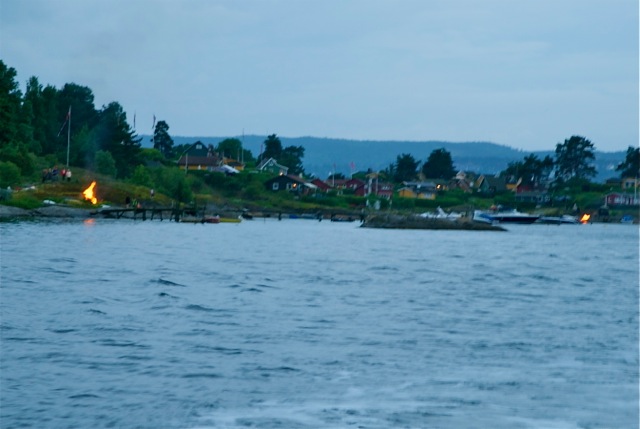 While Swedes celebrate Midsummer Eve and Midsummer Day around decorated poles set up in town squares, the bonfire tradition is deeply rooted in Norway, with newspaper Aftenposten reporting that it goes back to many centuries before Viking times. Historians claim the summer solstice was seen as a magical time, but even though the night skies were light, there were fears of dangerous forces at work. Lighting fires, it was believed, could keep such dark forces away. Midsummer is called Santkhans in Norway, to honor the birthday of John (Johannes) the Baptist, and often includes dances on the brygge (piers) and traditional foods such as the sour cream porridge rømmegrøt and spekeskinke (dried ham). 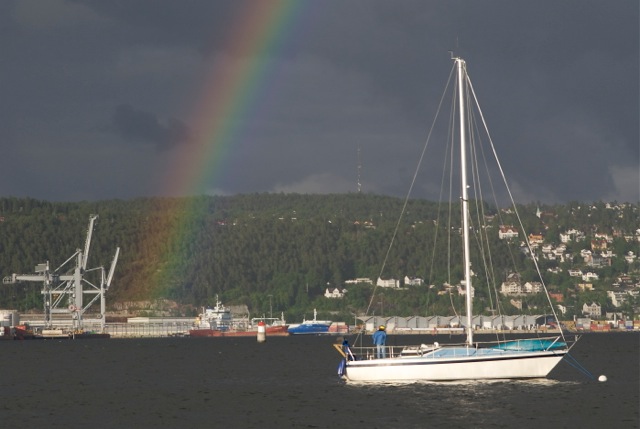 There were occasional bursts of sunlight and that led to some spectacular rainbows like this one spotted from a boat anchored off the popular island of Gressholmen. Behind the rainbow is the industrial area on the east side of Oslo below the Ekeberg plateau.