PICTURE STORY: The political party booths that popped up in downtown Oslo late this summer have been busy during the past week, as Norwegians wander along the capital’s main boulevard, Karl Johans Gate, and chat with politicians ahead of Monday’s parliamentary election. The scene is repeated in towns and cities around the country: Norway’s grassroots style of connecting political parties with the voters. 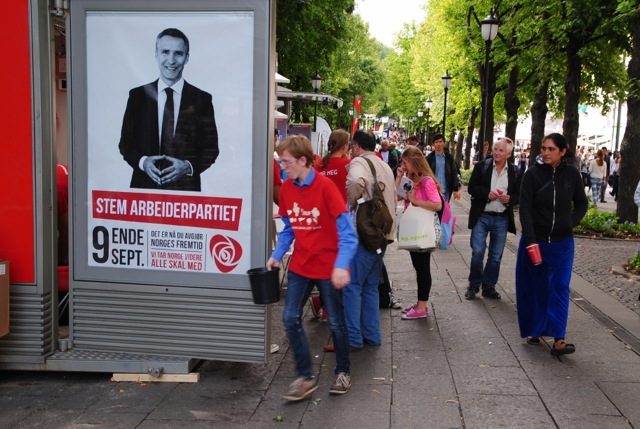 The booths in Oslo opened at the end of the summer holidays but it’s mostly in the past few weeks that crowds really started to gather. An appearance by Prime Minister Jens Stoltenberg at his Labour Party’s booth set off squeals and picture-taking, with several folks getting a rose handed to them by the premier himself. 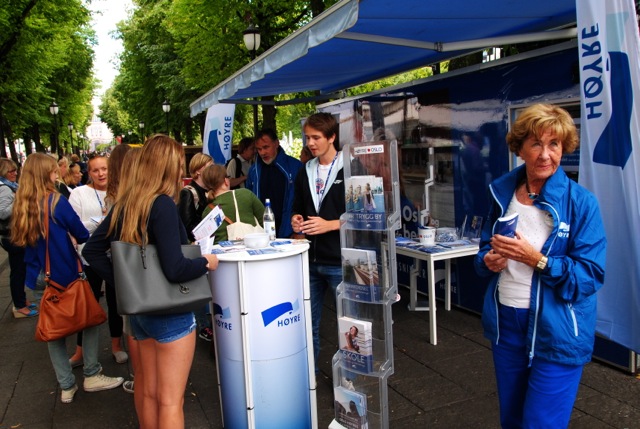 It’s face-to-face politicking on a down-to-earth scale. Voters can pick up campaign literature, argue the issues with those staffing the booths and maybe even get some sweets, buttons or other political paraphernalia, like here at the Conservative Party’s booth. 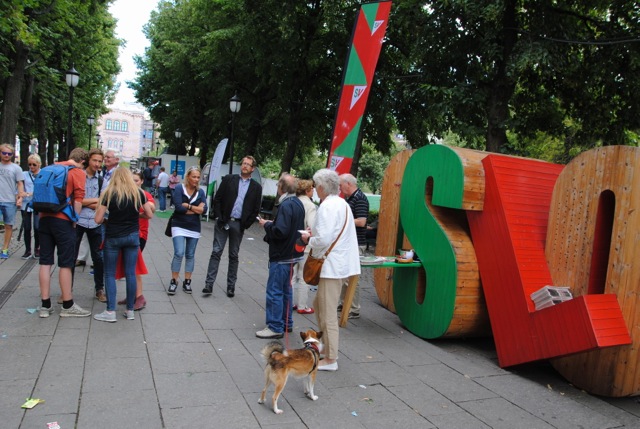 The booths also compete with one another in form of style and function. The booth belonging to the Socialist Left party (SV) in Oslo got a lot of attention when it opened, probably more than its politicians have been getting, given their currently low standing in public opinion polls. 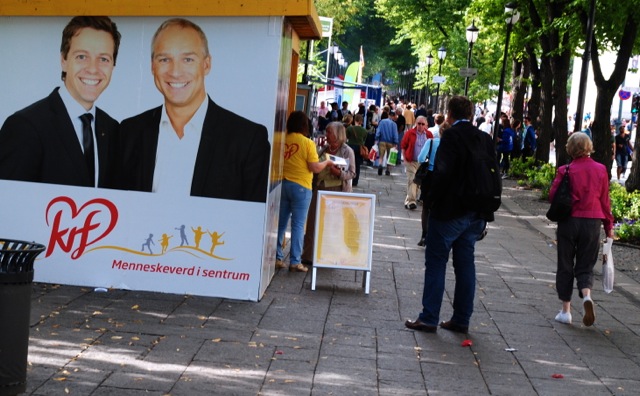 Activity at the booths can reflect their party’s popularity. An old-fashioned camping trailer used by the struggling Center Party (Sp) was quiet, as was the Christian Democrats’ booth (above) on a recent weekday.

Campaigning also takes place far beyond Norway’s borders. Norwegian voters live on all the world’s continents and most remain eligible to vote, a fact not lost on party faithful in places like Malaga and elsewhere along the Spanish coast where retirees have settled. Also in cities like Nairobi, New York and Brussels. “We will gladly support campaign activity of party members no matter where they live,” Labour Party secretary Raymond Johansen told newspaper Dagsavisen recently. “Therefore we have local teams abroad.” So does the Progress Party, which has so many members in Torrevieja and Alfaz del Pi in Spain that they set up teams as long as 10 years ago. The Malaga team is more recent.