PHOTO FEATURE: Thousands of Norwegians, along with several top politicians, spent Sunday afternoon in Oslo attending an outdoor Syrian food fair. It was aimed at bringing local residents together with newly arrived Syrian refugees — and raising funds to assist them at the same time. 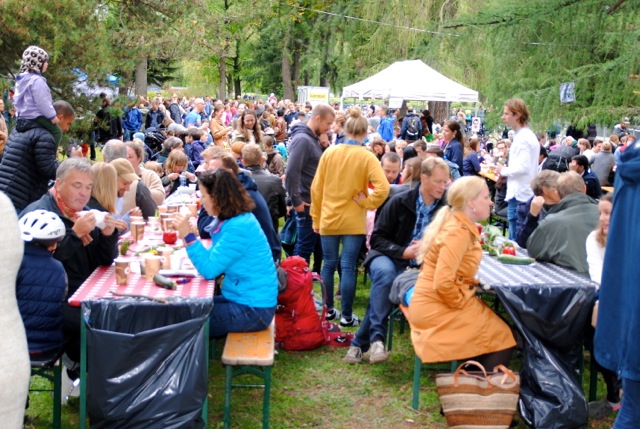 The event was called Mat for Syria (Food for Syria) but it was also food from Syria, and it came at the initiative of a local food culture center called Geitmyra. It normally caters to small children from Oslo day care centers, to teach them about food, ecology and cooking. Roger Solheim, chairman of the center, spearheaded the idea of an outdoor party of sorts that would highlight Syrian food and culture, and bring Syrians and Norwegians together after record numbers of Syrian refugees have arrived in Norway. It was competing with many other events going on in Oslo over the weekend, from concerts and exhibits to a once-a-year “Oslo Open House” that allows Norwegians inside buildings normally closed to the public, like the tower at the Oslo Cathedral and the finance ministry, but “Food for Syria” still attracted crowds that Solheim called “overwhelming.” 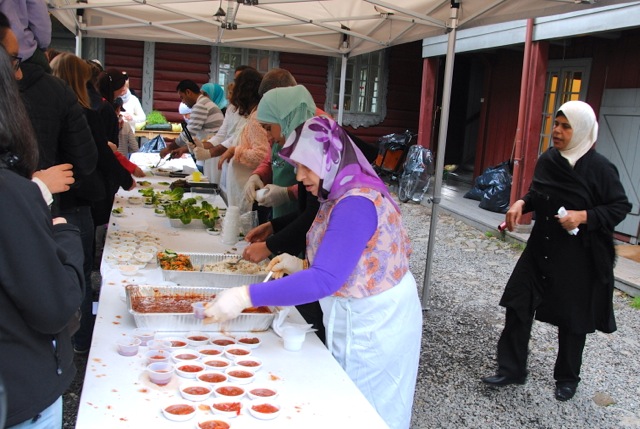 “Part of this is to show that refugees can also be a valuable resource,” Solheim told newspaper Aftenposten. “Syria is one of the world’s oldest and richest cultures, and refugees that come to Norway have lots they can contribute, also in the line of food.” Geitmyra and dozens of volunteers organized major shopping trips on Thursday and Friday with Syrian refugees along who advised on what was needed and how it should be prepared. Several major food producers, including Stange Poultry, also donated food to the event. 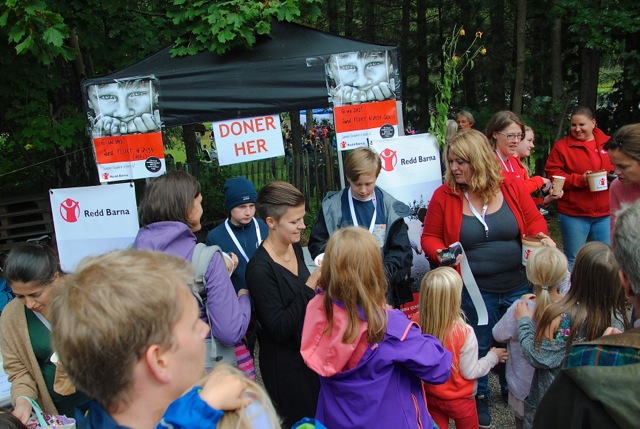 Staff from Norway’s chapter of Save the Children (Redd Barna) were also on hand to collect donations, with children eating for free and adults paying what they wanted. By the end of the day, Redd Barna reported it had raised more than NOK 400,000 (around USD 50,000) for refugee relief. 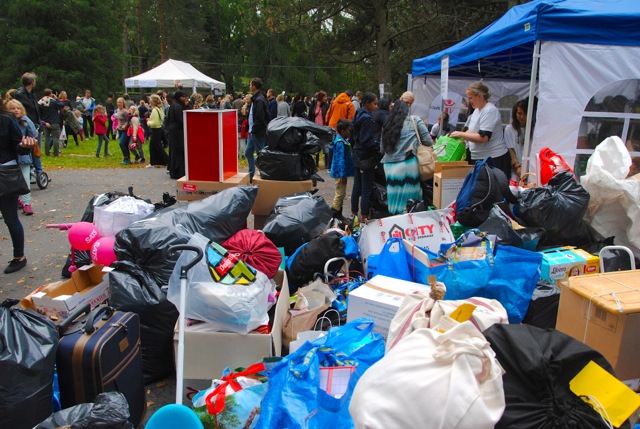 Many Norwegians also came with more clothing and household items for refugees, which piled up alongside the booth set up in the park next to Geitmyra. Several Norwegian children were seen turning over toys, teddy bears and dolls for exhausted Syrian children arriving in Norway with little more than the clothes on their backs.

Relief agencies, meanwhile, are expecting many more refugees in Norway, not least after Denmark and Sweden dropped attempts to register those passing through who were heading for Norway and Finland. Around 160 refugees who faced sleeping on the street in front of the Oslo police station where they must file asylum applications were eventually taken to a local hotel where they could spend the night. Red Cross officials said that other refugees who don’t get registered before the police station closes for the evening will also be offered hotel rooms with beds and warm showers until rooms in an asylum center can be arranged.