PHOTO FEATURE: Norwegians all over the country are off this week on the annual autumn holidays known as “høstferie,” when many schools close and parents take time off, too. After lots of bad weather and heavy rain, the skies cleared over much of southern Norway and the holidays got off to a spectacular start, also in the hills and forests around the Oslo area. 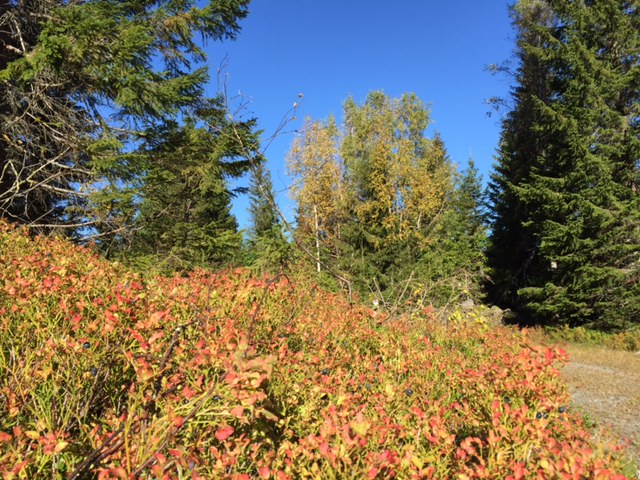 Clear blue skies, relatively warm temperatures and fall colours greeted hikers and bikers in Nordmarka, the forested area north of downtown Oslo. This photo was taken near Branntjernhøgda, one of the summits in the heart of “marka” and not far from the large lake known as Katnosa. 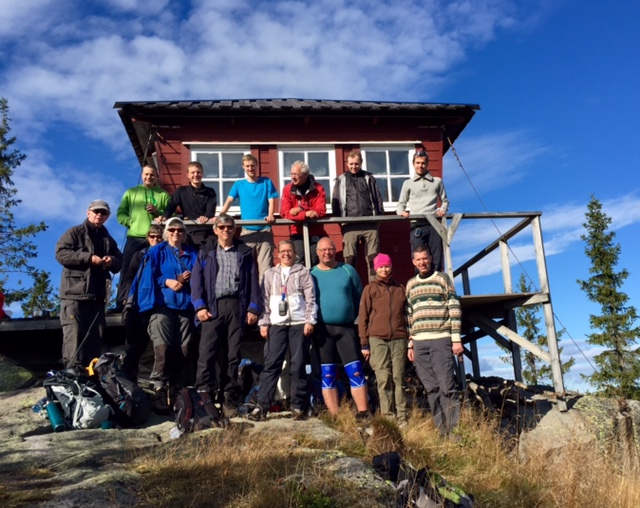 The hills and forests that surround Oslo and many other towns and cities in Norway are collectively known simply as marka, and are a popular destination for local residents. This group was out pursuing their high-tech hiking sport known as geocaching, and they held a summit on Saturday, literally at the summit of Kjerkeberget, which lies within the city limits of Oslo and is the city’s highest point at 631 meters (2,100 feet) above sea level. In the background is the old tower once used as an outlook point to spot forest fires. 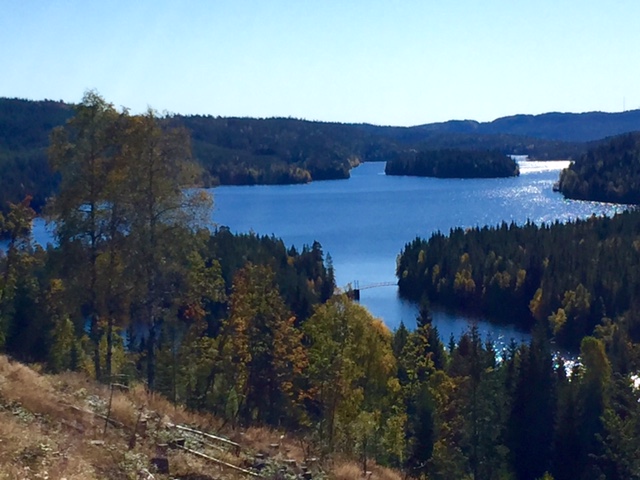 Getting to Kjerkeberget and Katnosa involves fairly lengthy hikes but forest roads also attract cyclists who can pedal faster from various entry points into marka, like the train stations at Stryken, Harestua and Grua on the east side of Nordmarka. All are rewarded with scenery like this, the view over Lake Hakkloa, southeast of Katnosa.

Here’s a view of the road along Sandungen, another lake in the heart of Nordmarka that feeds into Hakkloa. Much of this area is located within Oslo’s city limits, due north of downtown and a paradise for many.

At the end of the day, some opt to camp or spend the night at various cabins and lodges in marka, all self-service except for Kikutstua, farther south of both Katnosa and Hakkloa. This was the view from the old dam tenders’ house at Katnosa, now run by the Oslo chapter of the national trekking association DNT.