Owls get nesting help in Aremark

PHOTO FEATURE: It’s high season for nesting birds in Norway, and many Norwegians are more than happy to help their feathered friends provide for the next generation. Among them is Ole Lagerholt of Aremark in Southern Norway, who has made and placed more than 50 nesting boxes in his local forests, and recently was delighted to find some that contained baby owls. 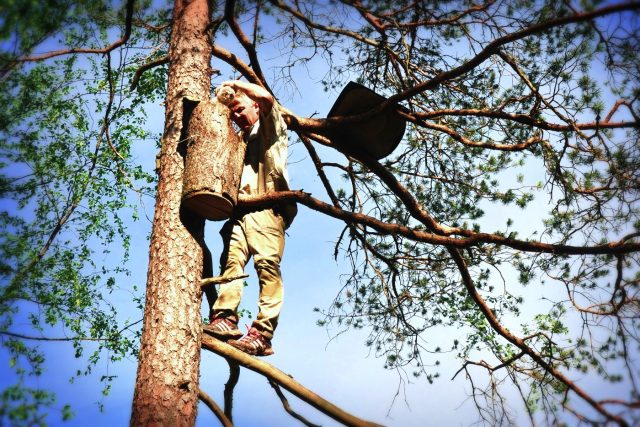 Lagerholt makes his nesting boxes himself, using bits of trees that already have been cut down, usually Norway spruce or aspen. The wood is already rotten in the middle, so Lagerholt just removes it and uses the cylindrical-shaped remains for the boxes. 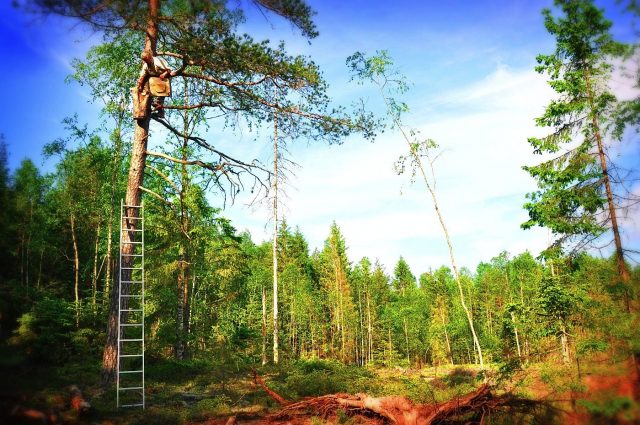 Armed with a ladder to help reach boxes that are especially high off the ground, Lagerholt spends most of his free time inspecting those placed in the forests of Aremark, which runs along the Swedish border in Norway’s far southeast. Sometimes he simply climbs up in the trees to check on the boxes that he tries to mount out of the reach of predators. 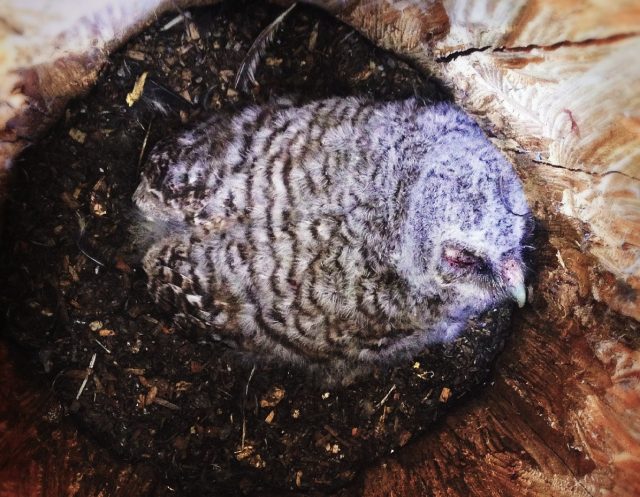 Here’s what he found in one box recently – a baby owl about three weeks old. At four weeks, the young owls start to venture out of the box to perch on branches. Nesting boxes for tawny owls (also known as brown owls or kattugler in Norwegian) must have a diameter of at least 25 centimeters inside. 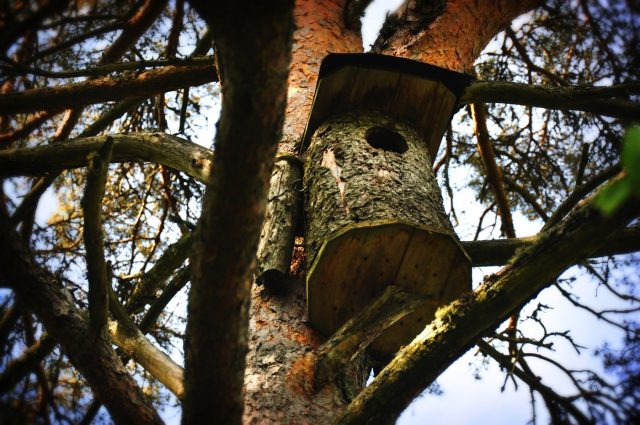 The size of the opening hole in the nesting boxes (called a fuglekasse in Norwegian) determines which species will nest in them, as is the case for other smaller birds as well. Lagerholt makes various boxes for the various species, with an opening of 4.5 centimeters in diameter enough for the Eurasian pygmy owl, smaller than the tawny owl, which needs a bigger opening of at least 11 centimeters. The boxes with the biggest holes can be inhabited by other birds, too, and sometimes by bee colonies.

Photos and story by Marie Peyre, in conjunction with NRK Østfold.

NRK has also been filming round-the-clock action at seabird colonies in Northern Norway this month. For more news about the nesting birds off Vardø, click here.